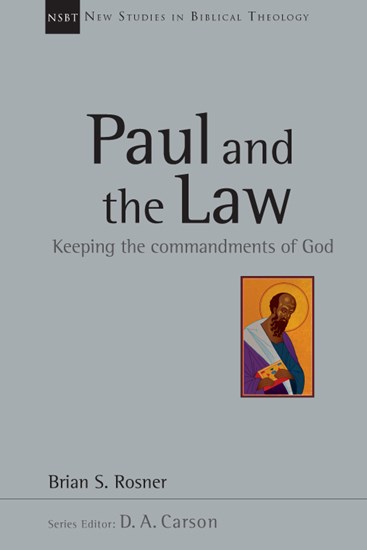 Keeping the Commandments of God

by Brian S. Rosner
Series edited by D. A. Carson

"For neither circumcision counts for anything nor uncircumcision, but keeping the commandments of God" (1 Cor 7:19).

The apostle Paul's relationship to the Law of Moses is notoriously complex and much studied. Difficulties begin with questions of definition (of the extent of Paul's corpus and the meanings of "the law") and are exacerbated by numerous problems of interpretation of the key texts. Major positions are entrenched, yet none of them seems to know what to do with all the pieces of the puzzle.

Inextricably linked to Paul's view of the law is his teaching concerning salvation history, Israel, the church, anthropology, ethics and eschatology. Understanding "Paul and the law" is critical to the study of the New Testament, because it touches on the perennial question of the relationship between the grace of God in the gift of salvation and the demand of God in the call for holy living. Misunderstanding can lead to distortions of one or both.

This fresh and valuable study is something of a breakthrough, bringing neglected evidence to the discussion and asking different questions of the material, while also building on the work of others. Brian Rosner argues that Paul undertakes a polemical re-evaluation of the Law of Moses, which involves not only its repudiation as law-covenant and its replacement by other things, but also its wholehearted re-appropriation as prophecy (with reference to the gospel) and as wisdom (for Christian living).

"This is hard-working and richly satisfying biblical theology. Brian Rosner shows how fruitless it is to ask 'What was Paul's attitude to the OT Law?' without first clarifying 'The law as what? The law functioning in what capacity?' Answering these questions, he shows that it is not only possible but essential to take with full seriousness Paul's negative and his positive words about the law, which otherwise seem so puzzlingly contradictory. In that way he helps us out of a particularly unnecessary and divisive argument today around issues of justification and sanctification, by taking at full biblical gospel strength both the free grace of God's salvation and the call for holiness of life on the part of those who have received it--or what Paul probably meant by 'the obedience of faith.' I want to read this book again and again, and will certainly be making frequent use of it in teaching and preaching."

"Although Paul's account of the Mosaic Law has helped to shape a range of Christian approaches to the Old Testament, there is disagreement about exactly what he did and did not mean to say. In this much-needed book, Brian Rosner offers a succinct, clear and comprehensive analysis of Paul's complex statements on this issue--one that rightly keeps in view the canonical context in which these statements should be read."

"In the flurry of publications that address Paul's view of the law, scholars sometimes miss the steady and unique contribution made by Brian Rosner. This can no longer be the case. After years of wrestling with this perennial debate, Rosner offers yet another outstanding study. While many books focus solely on the law's soteriological role, Rosner forces us to ask different questions and look at the law through the different categories of repudiation, replacement and reappropriation. No serious student can afford to understand Paul's view of the law without giving due attention to Rosner's new book."

"This is one of the most helpful books on one of the most confusing subjects in NT theology. The great challenge for the interpreter is to put together Paul's various and sometimes contradictory-sounding statements concerning the law into a coherent whole. The virtue of this book is the fair hearing it gives to all the Pauline texts on the law. Rosner brings an exceptional clarity to the subject. I commend this book as one of the best and most illuminating treatments available."

"One of the great frustrations of scholars is that even when they think they have made a valid and valuable point, sometimes it seems as if no one is listening. This complaint, however, could never be made against Brian Rosner and his new book on Paul and the Law. The book is in part a response to my lament that his previous work did not explicate the various ways Paul viewed the Mosaic law and the Mosaic covenant. Rosner has responded to this complaint with gusto, providing us with one of the best overall treatments of Paul and the Law I have ever seen. Unlike some treatments, Rosner does not try to oversimplify or oversynthesize the various things Paul says about the Law, but rather allows the complexity and variety of Paul's views on the subject to shine through plainly. His insight that Paul reads the Old Testament, including the Law, as both prophecy and wisdom that is of value and help to Christians is crucial. Highly recommended."

"I have to confess that I find many discussions of Paul and the Law of Moses to be monumentally dull and uninspiring. Not so this one! It has held my interest right through, and I have appreciated especially the ways in which it examines the texts closely and shows that the key to understanding Paul on this topic lies in close attention to the details of his wording that differentiate the relationships between the Law and Jews and Gentiles and indicate its different functions. This is a fresh solution to a difficult puzzle that may sadly be overlooked by its publication in a readable-level series rather than in a technical reader-unfriendly one with a maze of references and footnotes. It fully deserves to be placed alongside such profound classics as C. H. Dodd's According to the Scriptures, which is written in the same limpid manner."

"Rosner has proposed an exegetically-detailed and hermeneutically-sensitive way of addressing Paul's teaching on the law. He has done so with admirable clarity. Paul and the Law, in fact, is a model of how a book should be written.

"Rosner's volume is a valuable introduction to the issue of Paul and the law and provides a helpful entrance to the discussion."

"Rosner's book is insightful, and thus, recommended. Those interested in the topic of Paul's use of the Law would do well to consult Rosner's book and take D. A. Carson's instruction to read it slowly."

Old Testament Ethics for the People of God

Brian S. Rosner is Principal of Ridley Melbourne in Melbourne, Australia. He formerly taught at Moore Theological College, Macquarie University and the University of Aberdeen. He is the author of several books, including Paul, Scripture and Ethics: A Study of 1 Corinthians 5-7 and Greed as Idolatry: The Origin and Meaning of a Pauline Metaphor. He is also co-editor of the New Dictionary of Biblical Theology and co-author of a volume on 1 Corinthians in the Pillar New Testament Commentary series. 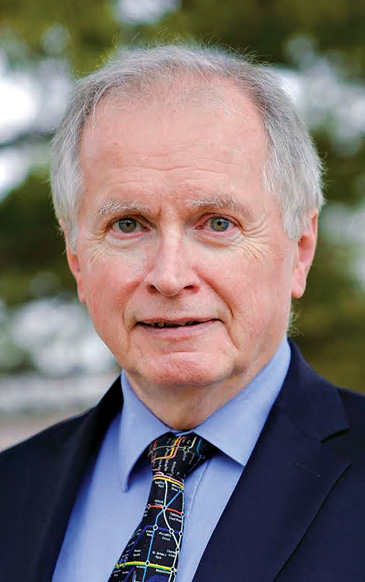