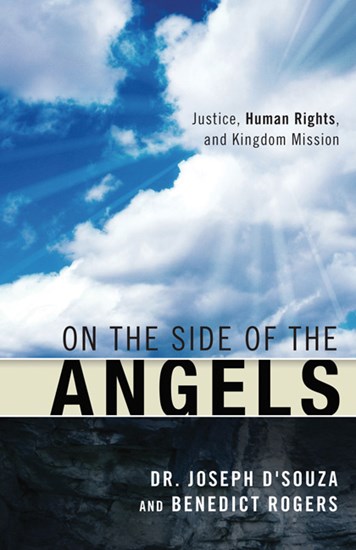 On the Side of the Angels

All too often, missions have been narrowly defined as evangelism or at best, extending to practical, physical social action such as medical mission or education. On the Side of the Angels argues that human rights and justice need to be reclaimed by evangelical Christians and that human rights work should be seen as central to Kingdom mission, not just regarded as a secondary activity and labeled political.

The book draws on the authors' first-hand experiences of places of persecution and oppression, including Burma, East Timor and India, along with their work of advocacy in the United States, United Kingdom, European Union, United Nations and other forums.

Its chapters include examining the biblical basis for activism, real-life stories of crimes against humanity, religious persecution, torture, discrimination and injustice. Concrete examples of how to do advocacy and inspiring examples of great Christian human rights activists, past and present, will motivate and challenge readers to be advocates of God's love and justice.