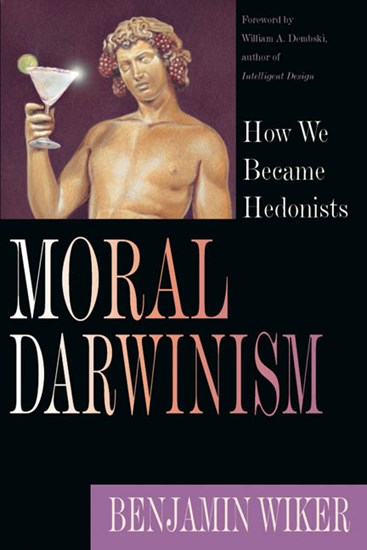 How We Became Hedonists

by Benjamin Wiker
Foreword by William A. Dembski

Ideas and actions once unthinkable have become commonplace. We seem to live in a different moral universe than we occupied just a few decades ago. Consent and noncoercion seem to be the last vestiges of a morality long left behind. Christian moral tenets are now easily dismissed and have been replaced with what is curiously presented as a superior, more magnanimous, respectful and even humble morality.

How did we end up so far away from where we began?

Can the decline be stopped?

Ben Wiker, in this provocative and insightful book, traces the amazing story that explains our present cultural situation. Wiker finds the roots of our moral slide reaching all the way back to the ethical theory and atheistic cosmology of the ancient Greek philosopher Epicurus. Christian teaching had been in contention with this worldview long before it reached its pinnacle with the rise and acceptance of Darwinism. But it was Darwinism, Wiker contends, that provided this ancient teaching with the seemingly modern and scientific basis that captured twentieth-century minds. Wiker demonstrates that this ancient atomistic and materialistic philosophy supplies the guiding force behind Darwinism and powerfully propels the hedonistic bent of our society while promoting itself under the guise of pure science.

This book is a challenge not only to those who believe Darwinism to be purely scientific fact but to Christian who have at times inconsistently lived out their Christian moral convictions and so have failed to recognize and address the ancient corrosive underpinnings of our present moral and intellectual crisis.

William A. Dembski, author of Intelligent Design (from the foreword)

"It was once taken as a matter of course that ideas once argued and reargued in Greek philosophy kept recurring in different ways in subsequent philosophical systems and eras. Classical materialism was not as unrelated to modern materialism as one might suspect. Marx studied Epicurus. Benjamin Wiker here traces this history of scientific and moral materialism. What is unique about his book is that he sees this materialism in scientists who often did not see what their own terms implied. As Chesterton said, 'We must either not argue with a man at all, or argue with him on his terms.' This is what Wiker does with the not totally surprising result that science more and more tends itself to suggest that its own materialism is not as well founded as at first sight seemed to be the case. Even Christians are surprised by this turn of events or better facts. Intrinsic designs and a cosmos appearing suddenly from evidently nothing keep the materialist philosophers wondering. Wiker's subtitle, How We All Became Hedonists, hints at something Aristotle already knew?that hedonism explains neither itself nor the evolution of the world and what it means to understand it."

"The core components of a worldview hang together in intricate and important ways. More particularly, the ethical vision of a worldview is usually grounded in the worldview?s depiction of reality, especially of human persons and of how we got here. This is one reason why, given the current moral crisis, it is ill advised to attempt to combine a materialist anthropology and a Darwinist creation myth with a Christian worldview. Benjamin Wiker?s timely book does a masterful job of providing a readable historical sketch of the interrelationships among these ideas and thereby provides a warning to those Christians who seek a facile compromise with a materialist view of human persons and a Darwinist understanding of origins."

"Ben Wiker's book is profound, practical and provocative. It reveals some of the most important and disturbing--yet neglected--truths about the ancient philosophical roots of what is usually presented as 'modern science.' Wiker shows how much of Darwinism is not only anti-religious but unscientific. This is a very important book."

"Darwinian evolution pretends to be modern empirical science, but it is merely the latest manifestation of an ancient materialistic philosophy. In this fascinating book, Benjamin Wiker exposes the true nature of Darwinism and its profoundly poisonous consequences for morality. If you thought that the present controversy over evolution and intelligent design was a localized dispute about science education, think again. At stake is nothing less than the future of our civilization."

"In this excellent book, Ben Wiker shows decisively that America's moral decline is a product of the Darwinian worldview which, in turn, is a revival of ancient materialist philosophy. The book traces key aspects of today's "culture war" back to the dawn of Western thought, giving a clear-sighted guide to how history shapes the present battle."

Nancy Pearcey, coauthor of How Now Shall We Live? and The Soul of Science

"Benjamin Wiker masterfully traces the ancient roots of the conflict between belief in the intelligent design of the universe and atheistic materialism. This wonderfully written book is a must-read for understanding our modern culture wars."

"I have written several books about the foundations of evolution, but I learned much from this superb volume, particularly about the enduring importance of Epicurus and his philosophy."

Phillip E. Johnson, author of Darwin on Trial and Reason in the Balance
More

Acknowledgments
Foreword
Introduction
1. It All Started With Epicurus
2. Lucretius, The First Darwinian
3. Christianity Versus Epicureanism
4. The Rise and Fall of Epicureanism
5. Newtonianism: The New Face of Epicurean Materialism
6. The Moral Revolution of Materialism
7. The Taming of Christianity, or Scripture Declawed
8. Epicureanism Becomes Darwinism
9. How We Became Hedonists
Conclusion
Subject Index
Scripture Index 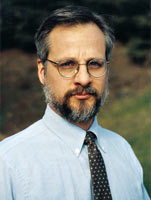 Benjamin Wiker (PhD, Vanderbilt), is a full-time writer and senior fellow of Discovery Institute in Seattle, Washington. His work has appeared in such publications as First Things, National Catholic Register, Crisis, Catholic World Report, and the New Oxford Review. Books he has written include Moral Darwinism and Architects of the Culture of Death.