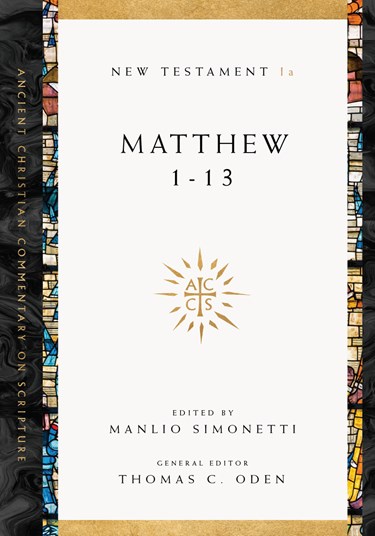 From that point the First Gospel became one of the texts most frequently commented on in patristic exegesis. Outstanding examples are Jerome's four-volume commentary and the valuable but anonymous and incomplete Opus imperfectum in Matthaeum. Then there are the Greek catena fragments derived from commentaries by Theodore of Heraclea, Apollinaris of Laodicea, Theodore of Mopsuestia and Cyril of Alexandria.

The ancient homilies also provide ample comment, including John Chrysostom's ninety homilies and Chromatius of Aquileia's fifty-nine homilies on the Gospel of Matthew. In addition, there are various Sunday and feast-day homilies from towering figures such as Augustine and Gregory the Great as well as other fathers.

In this ACCS volume, the rich abundance of patristic comment, much of it presented here in English translation for the first time, provides a bountiful and varied feast of ancient interpretation of the First Gospel.

The Message of Matthew

The Message of Matthew

The Gospel of the Son of God

Manlio Simonetti (1926–2017) was a widely acknowledged expert in patristic biblical interpretation who taught at the University of Rome and at the Augustinian Patristic Institute in Rome. He is the author of several books and Bible commentaries, including Biblical Interpretation in the Early Church: An Historical Introduction to Patristic Exegesis.