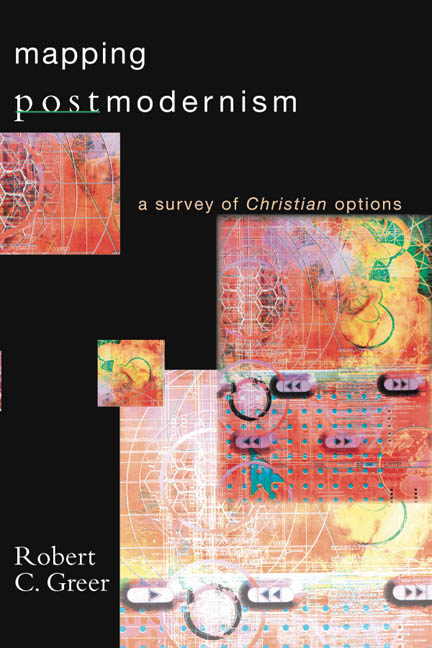 A Survey of Christian Options

By now we've all heard the word postmodernism.

Robert C. Greer helps us grasp the nature of the shifts in thinking and believing that are taking place in our world. More important, he helps us navigate the complex debate among Christians as to how best to respond to these new challenges. Astutely he maps four different ways Christian thinkers have recommended we respond. These alternatives are represented by four theologians: Francis Schaeffer, Karl Barth, John Hick and George Lindbeck.

Greer warns that being merely for or against postmodernism is inadequate. He guides us across the terrain of alternatives along a path that leads neither back to the land of modernism nor to the wild frontiers of postmodernist relativism. Acknowledging the relative strengths and weaknesses of these options, Greer turns us to a thoroughly Christian theology that points beyond them to the true Subject who makes knowledge possible through the language of revelation and relationship with God.

This book is an illuminating map for all those who feel lost in the maze of conflicting analyses of postmodernism and are looking for a faithful way forward .

"Greer's map provides the educated Christian with a helpful orientation to locate the positions people have taken when postmodernism intersects the faith. He does this with a user-friendly grid that is neither simplistic nor in the academic stratosphere. And he explores this terrain as one who is on his own journey among Roman Catholics and Protestant fundamentalists. He rightly chastens conservatives and liberals alike for their reliance on modernity's promise of a universal human foundation upon which to anchor faith. He commends us to do what some folks have reminded us to do all along: to ground our faith in a relationship with the God revealed in Christ and alive in us through the Holy Spirit. This gives Greer a critical calm rather than a reactionary alarm that helps us to recognize the opportunities postmodernism affords the church to articulate her faith in fresh ways and the challenge postmodernism poses when it steers us toward 'radical relativism.'

"Even at the beginning of the twenty-first century, many evangelicals remain unclear what postmodernism means and how it affects current theological dialogue. Greer adeptly navigates the terrain by defining terms, considering the effects of 'modern' concepts on theology, critically examining various types of theological 'realism' and ultimately pointing us to what he calls 'post-postmodernism.'

Truth Is Stranger Than It Used to Be

How Postmodernism Serves (My) Faith

Robert C. Greer (PhD in systematic theology, Marquette University) has served as a church pastor and as a missionary with UFM-International among the Aztec Indians in central Mexico.