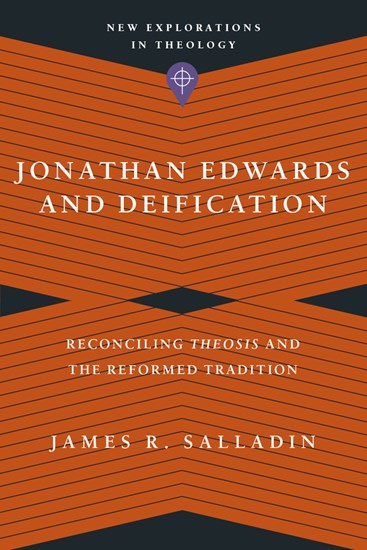 Reconciling Theosis and the Reformed Tradition

The doctrine of deification or theosis is typically associated with the Eastern Orthodox tradition. Indeed, the language of participation in the divine nature as a way to understand salvation often sounds like strange music in the ears of Western Christians despite passages like 2 Peter 1:4 where it appears. However, recent scholarship has argued that the theologies of some of the most prominent figures in the history of the Western church, including Martin Luther, John Calvin, and John Wesley, share more in common with deification than has been acknowledged.

In this New Explorations in Theology volume, theologian James Salladin considers the role of deification in the theology of another well-known Western theologian: Jonathan Edwards. In addition, he reflects upon the question of how Edwards's soteriology compares with the rest of the broader Reformed tradition.

Here, we discover how Edwards's theology affirms what it means for sinners to be brought into the hands of a loving God.

"Divinization, theosis, participation, and synonymous concepts are engaging scholars of Christian thought, particularly those who consider the eighteenth-century British-American theologian Jonathan Edwards. While saintly participation in God is usually associated with Eastern Orthodoxy, Jim Salladin recommends Edwards as an intentionally Reformed thinker whose formulation of deification involved a supernatural communication of divine grace and fullness to the regenerate, a union of natures that maintained the Creator-creature distinction. Here, Edwards emerges not only as a significant historical figure but also as a resource for contemporary consideration."

"God, in the infinite plenitude of his self-delight, opens his life to pour forth his fullness to his own. Salladin unpacks and develops this theme in Edwards's writings, revealing the overarching impulse of Edwards's doctrines of grace, participation, and deification. This is a substantial contribution to the field and an important retrieval for the ongoing conversation about these themes in modern theology."

"Does God save us by working outside of us and helping us accept that external work? Or does he save by drawing us into his very being so that we participate in his inner life? James Salladin argues that Jonathan Edwards taught a version of the latter and so is one of the great theologians teaching what the Eastern Orthodox call theosis. All Christians and scholars interested in divinization and its relation to the Reformed tradition will want to read this clear and engaging study."

Gerald McDermott, coauthor of The Theology of Jonathan Edwards

"Reformed theology must embrace divinization. Such is Jim Salladin's conviction, grounded in his extensive study of Jonathan Edwards. Salladin persuasively argues that the Northampton pastor saw all of creation as participating in the being of God, while divinization fills us with the fulness of God. Perhaps the most intriguing aspect of Salladin's proposal is that Edwards's embrace of theosis left his Calvinism intact. Jonathan Edwards and Deification is a significant contribution to the ongoing debate on Edwards's Reformed credentials."

"James Salladin's elegantly written and convincing argument distinguishes itself within the expanding discipline of Edwardsian studies by way of a comprehensive understanding of secondary literature and a mastery of Jonathan Edwards's own written corpus. Salladin's close reading of Edwards allows the Northampton pastor to speak for himself regarding matters of deification as 'participation in divine fullness.' This noteworthy contribution substantiates a significant reality: Edwards articulates his philosophical and theological creativity from within a Reformed theological heritage, even as it relates to the concept of theosis. Jonathan Edwards is first and foremost a theologian of the lineage of Calvin, Perkins, and Stoddard, yet it is a line with an expansive understanding of sanctification that envelopes 'God's end in creation' within the elect themselves."

"An outstanding study of Edwards's theology of deification, which highlights the coherence of his theological vision."

"Jim Salladin's work on deification in Jonathan Edwards is a welcome addition to Edwardsian scholarship on the important matter of salvation as participation in the divine life. It builds on previous work in this area but gives significant clarity to some of the key issues involved in a Reformational appropriation of this doctrine of deification. In so doing, Jim has served to enhance ecumenical dialogue in soteriological matters and to remind the Reformed tradition that it comes within the wider theologically catholic tradition of the church, while preserving the distinctly Reformed contribution to it. As Jim has acknowledged, even if Edwards did not deploy the word deification, he did 'espouse a concept of grace that delivers its substance.' Edwards has perhaps preeminently, in the older Reformed tradition, centered salvation in participation in the life of God: it is centered on matters filial and ontological as the grounding of matters forensic or juridical. Jim vindicates Edwards in his doctrine of special saving grace so formative in evangelical life, as well as in his keeping the Creator-creature distinction clear. This book does not merely contribute academically, however. It will edify and inspire all Christians to press in to the life of the triune God."

W. Ross Hastings, Sangwoo Youtong Chee Professor of Theology at Regent College and author of Total Atonement: Participation in the Reconciliation of Humanity and Creation

"This erudite book is exactly what we need to continue advancing the ecumenical conversation about deification in the Christian tradition. Jim Salladin provides a careful and compelling study of how Jonathan Edwards develops a vision of deification by going deeper into his own Reformed tradition. Rather than borrowing from the East or anachronistically reading doctrines into older authors, Salladin shows how Edwards creatively draws on the categories of his own tradition to offer a distinctively Reformed understanding of deification. A model study."

Jared Ortiz, associate professor of religion at Hope College and editor of Deification in the Latin Patristic Tradition

"One of the most important contributions Jonathan Edwards made to Christian theology was his claim that fallen human beings are destined to become partakers of the divine nature on a journey into God that is everlasting. But what does Edwards mean by this puzzling idea? Drawing on the wealth of recent research in this area, James Salladin provides his readers with an answer that is both intellectually satisfying and heartwarming."

Formed for the Glory of God 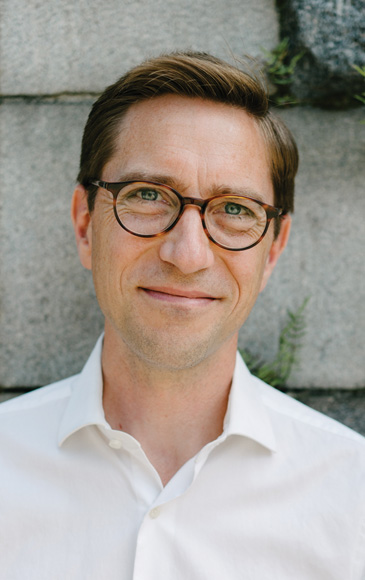