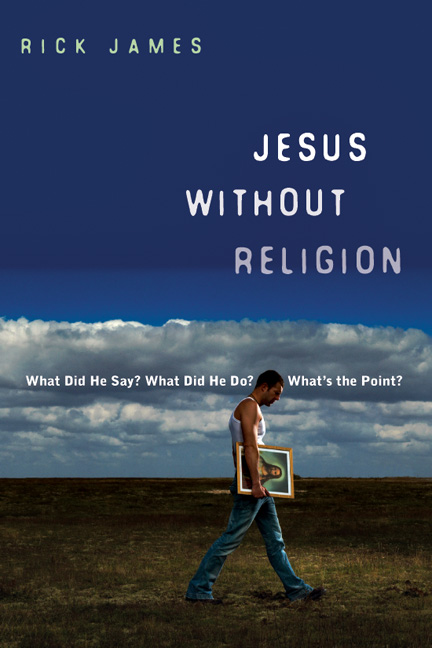 Great. Another book about Jesus. Whose agenda will the author be lugging along this time?

Author Rick James begins by clearing his throat. Free of creeds, quarrels and specialized theologies, he speaks of Jesus.

No dogma, no politics, no moral at the end.

Jesus. What he said. What he did. And what, exactly, was the point.

The answers about Jesus, according to Rick James, are in the context. In his own unconventional way, James recalls the specific contexts that color Jesus' story, bringing forward this man you've heard so much—and so little—about.

With historical perspective and modern comparisons, this book will open your eyes to the Jesus you have always wanted to better understand and serve. Don't miss the appendix, which answers commonly asked questions about the New Testament.

James contends that not only has centuries of religion reshaped our modern image of Jesus but the contemporary media is culpable as well. While James may not have all the answers to those questions about Jesus that neophyte believers have, he does provide a starter tool for developing a clearer picture of the biblical Jesus. For the more mature believer, an appendix to the book shows how it can best be implemented for the purposes of more clearly explaining this to others.

James utilizes Scripture, Jewish tradition, and Roman writings to give a simple rendering of the impact that Jesus of Nazareth has made on humanity.

Where James excels is in his ability to put things in laymen's terms for people. He provides the whole story of Jesus in a relatable format for seekers and new believers.

Writing primarily for seekers and new believers, Rick James helps remove those barriers by presenting Jesus' words and actions in the ever-important context of the culture in which He lived. James writes in an engaging, accessible style designed to appeal primarily to the Campus Crusade and InterVarsity demographic. Even so, all but the stodgiest post-college readers should appreciate his sense of humor and understand his contemporary cultural references. For those seekers who are almost there but not quite ready to commit, Jesus Without Religion is a good supplementary read. It may not answer all their questions about Jesus, but it hits the high points and does so in a thoughtful but easy-to-understand way.

Rick James takes a fresh approach in Jesus Without Religion. James employs the powerful tools of sarcasm, wit and irreverence, as well as a deep understanding of the context of first-century Palestine and how it collides with our 21st-century world . . . it will make your unchurched, pre-churched, and post-churched friends rethink this Jesus of Nazareth.

James makes plenty of pop culture references and writes in a sometimes slangy style, but his views are orthodox and he desires his readers to know Christ and embrace the gospel. 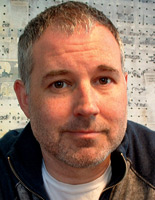 Rick James ends up thinking a lot about evangelism, about how to present Jesus responsibly to college students. In his dual role as a speaker for Campus Crusade and publisher of CruPress, Rick is constantly looking for, collecting and creating literature that communicates the Gospel in a truly relevant way. Rick's two degrees, theology and advertising, have convinced him that good communication is nearly as important as good theology. And his Likewise book Jesus Without Religion reflects both, as Rick joins his concern for biblical substance with a care for style, humor, and metaphor. Rick reads Atlantic Monthly, social trend writers like Malcolm Gladwell, and design magazines like Communication and Print. He also enjoys Wes Anderson films. To see some of the evangelistic resources Rick has written and delevoped, visit CruPress.com.