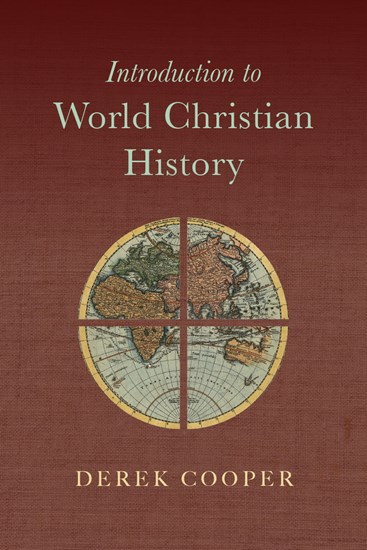 Christianity is a global faith.

Today, people are increasingly aware that Christianity extends far beyond Europe and North America, permeating the Eastern and Southern hemispheres. What we may know less well is that Christianity has always been a global faith.

A vast untold story waits to be heard beyond the familiar tale of how the Christian faith spread across Europe. Not only was Jesus born in Asia, but in the early years of the church Christianity found fertile soil in Africa and soon extended to East Asia as well.

In this brief introduction to world Christian history, Derek Cooper explores the development of Christianity across time and the continents. Guiding readers to places such as Iraq, Ethiopia and India, Scandinavia, Brazil and Oceania, he reveals the fascinating—and often surprising—history of the church.

"The challenge for those writing a book on this topic is negotiating the question of breadth and depth. How broad should it be, and how deep can one go without risking a superficial overview or selective analysis? To the author's credit he dexterously steers through these challenges and provides us with a work that engages and interacts with the range and diversity of the living realities of the Christian faith in various regions of the world, opening up entryways to wonder at the global expressions of Christianity."

"Derek Cooper's Introduction to World Christian History is a welcome contribution to the field. This accessible and informative historical narrative introduces the reader to the broad, diverse and far-reaching story of Christianity as it 'blows where it wills' from the first through the twenty-first century. In the end, the reader is left with little doubt that Christianity was and is a worldwide movement."

"A welcome addition to the ever-expanding scholarship in the field of world Christianity studies, Derek Cooper's book helps to rewrite our traditional Western understanding of church history and course-correct away from North Atlantic–centrism. Cooper gently leads us away from our particular tendencies to see and tell only our own stories toward a broader canvas of the 'great cloud of witnesses' that came before us and has not had its time in the spotlight."

"Derek Cooper's helpful volume reminds us that the global complexity of Christianity today is the fruit of a Christian past that is equally multifaceted and complex. His fresh rendering of that past emphasizes overlooked histories of Christians in Africa, Asia and other regions of the world, and downplays some familiar tales from the West that now seem quite parochial when viewed in global perspective. Cooper's kaleidoscopic account provides many different angles from which to view Christian similarities and differences, and readers will be enriched by the breadth and magnanimity of his presentation."

"It is widely known that today the majority of Christians live in Africa, Asia and Latin America. Less appreciated is Christianity's thriving presence in these locations for many centuries. In this book Cooper reintroduces us to the global story of Christianity—relocating the center of the Christian narrative to the Global South, joining an emerging chorus of scholars who are challenging the status quo of Christianity as a Western religion."

"Derek Cooper's Introduction to World Christian History (2016) is a good, tightly written history that shows the importance of Asia and Africa in Christianity's first 14 centuries."

"Cooper's writing is engaging, and his chapter overviews and 'trail markers' help readers with uncommon terms and concepts. This is a valuable work for nonspecialists and scholars alike."

"This book provides a useful and clear summary that employs more detailed scholarship."

Part I: Christianity from the First to the Seventh Centuries
1. Asia
2. Africa
3. Europe

Part II: Christianity from the Eighth to the Fourteenth Centuries
4. Asia
5. Africa
6. Europe 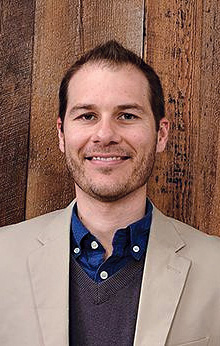 Derek Cooper (PhD, The Lutheran Theological Seminary at Philadelphia) is associate professor of world Christian history at Biblical Theological Seminary. He is the author of several books, including Exploring Church History and Christianity and World Religions: An Introduction to the World's Major Faiths, and he is the coeditor of the Reformation Commentary on Scripture volume on 1-2 Samuel, 1-2 Kings, 1-2 Chronicles.