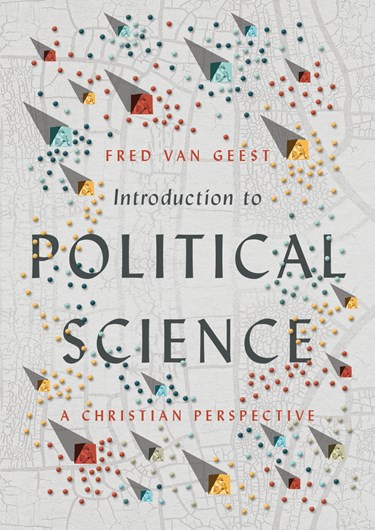 We are political beings and our lives are shaped by political institutions. Being a good citizen involves understanding these institutions and how they can be used to promote the common good. Christians further believe these institutions are integral to God's created order, intended by God to promote justice and help people flourish. Christians thus have good reason to be informed about political science as they seek to be ambassadors for Christ in a diverse society.

Introduction to Political Science: A Christian Perspective is an accessible guide to the study of politics. Written for students who may not have any prior knowledge about political life, this textbook provides a nonpartisan introduction to the key concepts, institutions, and policies that shape politics today. Fred Van Geest draws on a variety of sources and examples to present a balanced Christian perspective on political science. Christians, he argues, are called to engage in political action in order to advance public justice, even though full shalom is ultimately the work of God alone.

"This volume provides an introduction to the study of politics, written from a Christian perspective and highlighting how a Christian understanding of a particular topic at hand may complement, or stand in contrast to, other commonly held understandings of that topic. In so doing, the study fosters serious Christian reflection on the nature of the political life, the structure and operation of governmental institutions, and the place of politics within the life of Christian citizens and the Christian community."

"For centuries, Christians have been divided over whether government has a legitimate and positive role to play within the unfolding kingdom of God. Professor Van Geest has provided us with an excellent introductory-level textbook based on the biblical conviction that political life is indeed an appropriate avenue of service to God and neighbor."

David T. Koyzis, author of Political Visions and Illusions and We Answer to Another

"A singular contribution to the discipline and to Christian scholarship. Van Geest organizes the work so as to integrate Christian perspective seamlessly into widely recognized ways of engaging the discipline, moving from foundational values to institutions, policy, and international relations. The book may thus be read with benefit by those inside and outside the Christian community. But Van Geest doesn't presume the positive influence of all Christian political initiatives, as one might at first presume, given his own commitments. Instead, he invites the reader into a well-informed consideration of the arguments for and against various kinds of Christian political activism. In the world of political science textbooks, this one stands out because it stands essentially alone, unapologetically Christian. It is a well-researched resource that will benefit many a student of political science."

"Thinking about the study of politics from a Christian perspective usually entails holding a secular textbook in one hand and the Bible or your favorite 'faith-and-politics' book in the other. Van Geest offers students an introduction to political science—organizing material into sections on ideas, institutions, issues, and international aspects—that highlights how various theological traditions within Christianity have weighed in on the same questions and concepts that attract the scholarly focus of our secular counterparts. In its examination of the many different ways we study and do politics, the textbook succeeds in creating opportunities for students to consider how their own Christian faith shapes their own perspective and participation in political life."

Part I:
1. What Is Government? Why Do We Need It? Key Concepts in the Study of Politics
2. What Is a Christian Government? Should There Be One?
3. Political Ideologies and Values

Law and the Bible 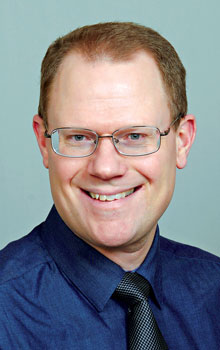 Fred Van Geest (PhD, Queen's University) is professor of political science at Bethel University in St. Paul, Minnesota. He was professor of political studies and environmental studies for eleven years at Dordt College in Sioux Center, Iowa, and also previously taught at the American University of Beirut in Lebanon. He has served as an instructor and curriculum developer for Crossroad Bible Institute, a discipleship and advocacy ministry for prisoners and their families. Van Geest's research and teaching interests include comparative politics, public administration and the intersection of Christianity and politics.