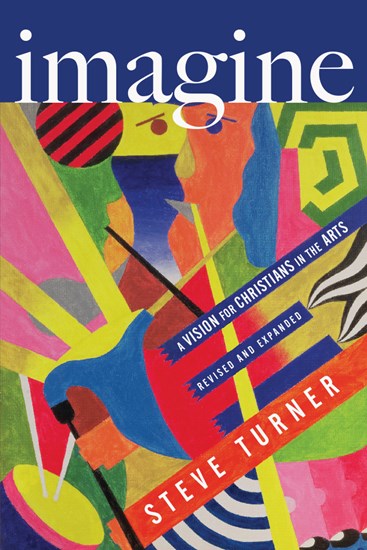 A Vision for Christians in the Arts

Imagine art that is risky, complex, and subtle. Imagine music, movies, books, and paintings of the highest quality. Imagine art that permeates society, challenging conventional thinking and standard morals to their core. Imagine that it is all created by Christians!

This is the bold vision of Steve Turner, who has worked among a wide variety of artists for decades. He believes Christians should confront society and the church using art's powerful impact. Art can faithfully chronicle the lives of ordinary people and express the transcendence of God. And Christians should be involved in every level of the art world and in every medium.

In this revised and expanded edition of a contemporary classic, Turner builds a compelling case for Christians in the arts. If Jesus is Lord of all of life and creation, then art is part of his cultural mandate. It can and should be a way of expressing faith through creatively, beautifully, and truthfully arranged words, sounds, and sights.

"What I found so compelling about the first edition of Imagine was not simply that Steve Turner was calling the church to reimagine its approach toward the arts and its artists. After all, a growing chorus of voices was saying much the same and continues to do so today. Instead, what I found most compelling was that Turner was calling artists to take up their vocation in a way that moved them out into the world while remaining tethered to the very community of faith that gave birth to them in the first place. In this revised edition, Turner doubles down on this clarion call, reminding us all that, perhaps now more than ever, the church desperately needs its artists to be artists. But so too do artists need the church."

"The brevity and clarity of this beautiful little book belie the breadth and richness of its artistic, theological, and biblical content. Steve Turner's incisive exegesis of the nexus between popular arts and Christianity is unmatched, for he has equally inhabited these worlds his entire career. He is not afraid to tell the truth. A constant required text for one of our courses, an alumnus shared years ago how it changed his view of himself as an artist, and a new alumnus says he reads it over and over. Personally, I discovered within its pages the insight inspiring my own doctoral thesis. The revised version's addition of quotes you've always wanted to find, questions you've needed to ask, and examples of current artists seriously increases its value. It is simply the the most compelling, lucid articulation of what it is to be a Christian in the arts that I've found."

"This book helps bridge the gap from when God said, 'Let there be. . .' to what we, his creation, were designed to create and enjoy. It should be read by anyone who appreciates or is influenced by art and media in all of its forms—that is, everyone. When I am asked by either the curious or the caustic what a Christian is doing working in Hollywood, I just want to hand them this book and say, 'Imagine this.'"

"Can you sing songs shaped by the truest truths of the universe in language the whole world can understand? For years I have been asking this question, and I first did so standing beside Steve Turner at the Art House in Nashville, answering questions from a roomful of young musicians. In and through his own art, he has lived into that question with unusual integrity, which is why for most of my life I have chosen to listen to him, learning to see the world through his words. A remarkably gifted poet, sometimes making us laugh and sometimes cry, he is an artist who writes about art with an honesty that is rare. Imagine is for everyone who longs for good faith and good art to be seamless—as they could be, as they should be."

"Culture, calling, and the arts. This trio of concerns has perplexed and troubled faithful Christians in the West for many centuries. But in recent decades, a small yet potent art and faith movement has been gaining force. In some Christian circles, the art is getting better and the understanding of culture more nuanced. Steve Turner was an early and thoughtful voice in this movement, and the reissue of his book Imagine is a solid point of beginning for those eager both to understand its contours and then find their way forward in it."

"Put simply, it's the best of its kind. Like in 'Goldilocks and the Three Bears,' Imagine is neither too long nor too heavy, neither too short nor too light. It's just right: an accessible, smart, farsighted, and generous introduction to the basic questions a Christian may ask as he or she participates in the arts. It's the one book I gave all artists when I was a pastor. It's still the one book."

W. David O. Taylor, Fuller Theological Seminary, editor, For the Beauty of the Church: Casting a Vision for the Arts

"Steve Turner is one of the most gifted writers of our time. I first encountered him through his poetry, with its deceptively simple and arresting lines, its illuminating commentary on all of life. Then I met Turner the rock 'n' roll historian. Hungry for Heaven is easily the best overview of this powerful soundtrack. Here, Steve's investigations extend to a host of individual musicians, bands, and genres. This volume, appropriately named Imagine, is a beautifully crafted defense of worldview thinking. It interacts with the arts but reaches far wider. Required reading for anyone wishing to make sense of the world. On all accounts, the book is an absolute treasure."

"This affirming book says all the things I'd like my friends to understand about me as an artist. At the same time it challenged me to be more actively engaged with our culture through artmaking infused with the gospel."

"Drawing on years of experience, a first-rate poet sketches a Christian vision for the arts and artists in our time. With disarming directness he calls Christians out of their ecclesiastical ghettos to live that vision out. Readable, entertaining, and bold."

Jeremy Begbie, author of Voicing Creation's Praise: Towards a Theology of the Arts

"Turner, in this well-rounded and thoroughly biblical book, issues a compelling invitation to everyone in the creative community to move redemptively, as salt and light, into the world of the arts precisely for Christ's sake."

Preface to Expanded Edition
Introduction
1. The Vision
2. The Church
3. The World
4. The Split
5. The Bible
6. The Mind
7. The Times
8. The Witness
9. The Life
Appendix: Useful Organizations and Festivals
Notes
Artworks and Media Index
General Index
Scripture Index

Placemaking and the Arts 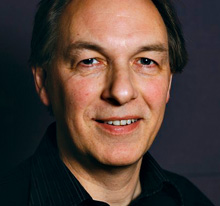