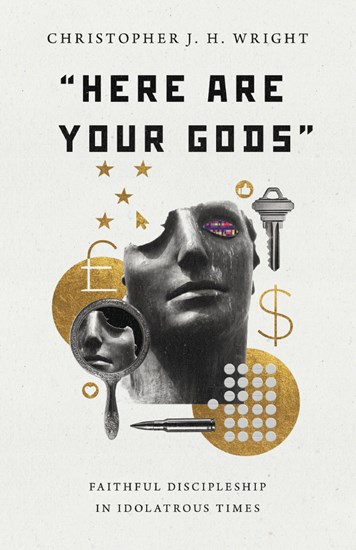 When the Israelites exclaimed, "Here are your gods!" at the sight of the golden calf, they were attempting to hold on to the God of their history while fashioning idols for their own purposes. In today's Western world, plenty of shiny false gods still hold power—idols of prosperity, nationalism, and self-interest. Christians desperately need to name and expose these idols. We must retrieve the biblical emphasis on idolatry and apply it anew in our journey of following Jesus.

Now as much as ever, we need a biblically informed understanding of the many ways humans make gods for themselves, the danger of idols, and how God calls us to join him in the battle against idolatry as part of his ongoing mission to be known and worshiped by all peoples.

"Christopher Wright has given us a powerful and incisive analysis of the nature of idolatry both in biblical times and today. He spares no punches as he exposes the dangers of political idolatry, which has tempted many contemporary Christians. Importantly, he not only diagnoses the problem, he gives us the remedy. This book should be a must-read for Christians as they engage with the political process."

Tremper Longman III, author of The Bible and the Ballot: Using Scripture in Political Decision

"Wright's careful dive into Scripture on the meaning of idolatry packs a punch for our times—an important reminder that idols, including political idols, are false gods that we create in our image, capable of great harm and destruction but ultimately ciphers within the true created order."

"The biblical warning to 'keep yourselves from idols' hones in on the source of spiritual, social, moral, and existential ruin. Chris Wright's fine study on idolatry in Scripture and his application of it to our Western world shines a bright light to help us see more clearly what is at stake. Although the West has been shaped by many (now-fading) biblical ideals, we are witnessing a culture shot through with a host of idolatrous tendencies to put our trust in the wrong places—in that which is not-God. Whatever our political views as Christians may be, Wright offers correctives for all of us, exhorting us to be guided by biblical priorities and Christ-centered discipleship, which will ultimately lead to our flourishing as God's image-bearers."

"Communal idolatry is one of the most fundamental ways the Bible speaks of human rebellion and sin. Our failure to recognize this has had a crippling effect on the mission of the church in a world rife with idolatry. We have here a very helpful treatment of this theme, grounded in a careful reading of the biblical text and aimed at equipping God's people for its mission in today's world. I am deeply thankful to God for Chris Wright and his faithful and relevant scholarship, which is such a gift to the church today."

"Fearless, provocative, clear, direct, sharp, urgent, wide-horizoned: it was all those things when he wrote it. But in light of subsequent events, by the time it's published it is a tract for the times."

"Chris Wright offers a biblically and theologically grounded, unsparing analysis of the idolatrous character of contemporary Western Christianity, formed in collusion with our wider cultures. His focus on idolatry bears on Christian thought and practice in areas as seemingly diverse as mission, creation care, justice work, addiction treatment, and the cultivation of theological maturity and ethical integrity. This timely book is a sobering call to repentance and the renewal of Christian vocation."

"A scathing indictment of the gods of the West—idols we (you and I) have built with our own hands and inadvertently worship. The power and persuasiveness of Wright's prophetic work lies not in bombastic words (he's as irenic as ever) but in the convincing and gripping connection the author makes between idolatry back then and idolatry that we participate in within our present world. The strangeness of this journey between two worlds often leaves Westerners unconvinced about anything but glib connections. Christopher Wright's discourse shatters our shallow readings of Scripture. It will leave you with deeply rooted convictions and, alas, a thoroughly uneasy feeling about false temples and idols that we have built. A most timely evangelical critique of Western society and politics!"

Part 1: The Lord God and Other Gods in the Bible
1. The Paradox of the Gods
2. What Are the Gods?
3. Discerning the Gods
4. Mission and the Gods

Part 2: Political Idolatry Then and Now
5. The Rise and Fall of Nations in Biblical Perspective
6. God in the Political Arena

Part 3: God’s People in an Idolatrous World
7. A People Shaped by the Living God
8. Following Jesus in Turbulent Times

The Myth of the American Dream 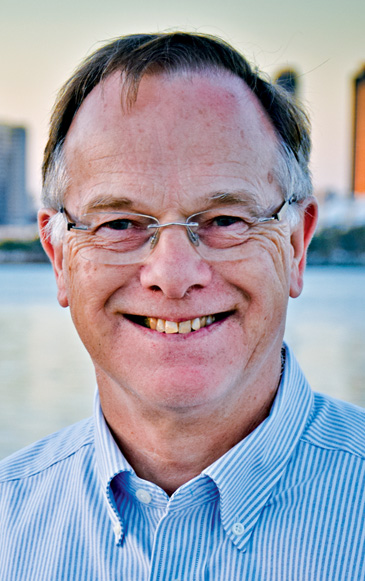 Christopher J. H. Wright (PhD, Cambridge) is international ministries director of the Langham Partnership. He has written many books including The Mission of God, Cultivating the Fruit of the Spirit, Old Testament Ethics for the People of God, and Knowing Jesus Through the Old Testament. He was chair of the Lausanne Theology Working Group from 2005-2011 and the chief architect of The Cape Town Commitment from the Third Lausanne Congress, 2010.