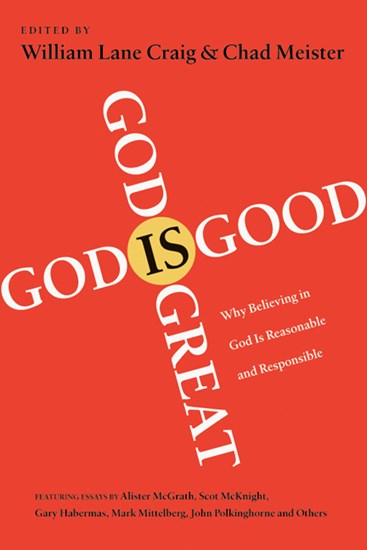 God Is Great, God Is Good

Why Believing in God Is Reasonable and Responsible

The days have passed when the goodness of God--indeed, the reality of God itself--could reasonably be called a consensus opinion. God's reputation has come under considerable review in recent days, with some going so far as to say that it's not we who've made a mess of things. Instead whatever it is we call God is to blame.

But is such an opinion really a fair assessment? In this magisterial collection, the contemporary complaints against belief in God are addressed with intellectual passion and rigor by some of the most astute theological and philosophical minds of the day:

Including an interview by Gary Habermas with noted convert to theism Antony Flew, and a direct critical response to Richard Dawkins's God Delusion by Alvin Plantinga, God Is Great, God Is Good offers convincing and compelling reassurance that though the world has changed, God has not.

"There is no way, apart from deep and abiding spiritual blindness, that an atheist could read this book and walk away thinking belief in God is nonsensical, irrational, or unscientific."

"This book has plenty of food for thought for believing Christians (and unbelievers!) who need a reason to believe in Jesus Christ and the Church."

"The essays in this book are all clearly argued, and will reassure the already faithful that they are neither daft nor deluded."

It is reassuring that so gifted a pair of astute minds has taken time to respond to such works as Richard Dawkin's The God Delusion and Christopher Hitchen's God is not Great.

"Craig and Meister bring together cutting-edge essays that attest powerfully to the massive and growing evidence in favor of theism in general and Christianity in particular. Each essay responds to the charges made by the New Atheists, but this is by no means a polemical book. The writeres set a high bar for reasonable, responsible discourse, and they live up to it."

"Craig and Meister have assembled careful, thoughtful, credible, well-communicated views, which can be used to support, expand and individualize curriculum. These essays challenge and argue the New Atheists."

Part One: God Is
1 Richard Dawkins on Arguments for God
William Lane Craig

2 The Image of God and the Failure of Scientific Atheism
J. P. Moreland

Postscript: My Pilgrimage from Atheism to Theism
Antony Flew (with Gary Habermas)

Is Belief in God Good, Bad or Irrelevant?

William Lane Craig (PhD, University of Birmingham, England; DTheol, Ludwig-Maximilians-Universität München, Germany) is professor of philosophy at Talbot School of Theology and at Houston Baptist University. In 2016 he was named by The Best Schools as one of the "50 most influential living philosophers."

Craig has authored or edited over forty books, including The Kalām Cosmological Argument; Divine Foreknowledge and Human Freedom; God, Time, and Eternity; and God and Abstract Objects, as well as over 150 articles in professional publications of philosophy and theology, including The Journal of Philosophy, New Testament Studies, Journal for the Study of the New Testament, American Philosophical Quarterly, Philosophical Studies, Philosophy, and British Journal for Philosophy of Science. 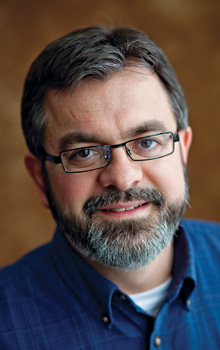 Chad Meister (PhD, Marquette University) is professor of philosophy and theology and chair of the department of religion and philosophy at Bethel University in Mishawaka, Indiana. His publications include God and the Problem of Evil: Five Views, Evil: A Guide for the Perplexed, Contemporary Philosophical Theology, The Oxford Handbook of Religious Diversity, and the six-volume work The History of Evil.