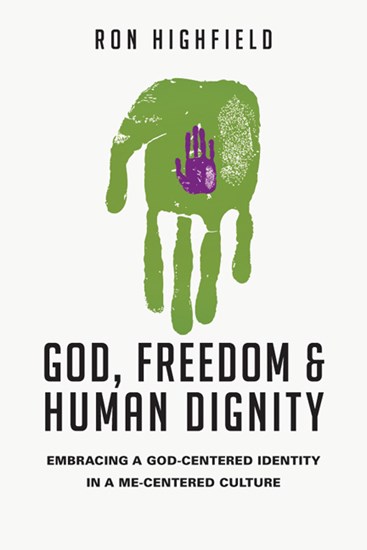 Embracing a God-Centered Identity in a Me-Centered Culture

Does God's all-encompassing will restrict our freedom? Does God's ownership and mastery over us diminish our dignity?

The fear that God is a threat to our freedom and dignity goes far back in Western thought. Such suspicion remains with us today in our so-called secular society. In such a context any talk of God tends to provoke responses that range from defiance to subservience to indifference. How did Western culture come to this place? What impact does this social and intellectual environment have on those who claim to believe in God or more specifically in the Christian God of the Bible?

Professor of religion Ron Highfield traces out the development of Western thought that has led us our current frame of mind from Plato, Augustine and Descartes through Locke, Kant, Blake Bentham, Hegel, Nietzsche--all the way down to Charles Taylor's landmark work Sources of the Self. At the heart of the issue is the modern notion of the autonomous self and the inevitable crisis it provokes for a view of human identity, freedom and dignity found in God. Can the modern self really secure its own freedom, dignity and happiness? What alternative do we have? Highfield makes pertinent use of trinitarian theology to show how genuine Christian faith responds to this challenge by directing us to a God who is not in competition with his human creations, but rather who provides us with what we seek but could never give ourselves.

God, Freedom and Human Dignity is essential reading for Christian students who are interested in the debates around secularism, modernity and identity formation.

"For some people, God is far from being a solution to life. He is the problem. For how can I be a free, morally responsible agent if God ordains and orders the world? And what is the place of human dignity in a creation saturated with the presence of God? In this accessible and readable book, Ron Highfield engages with a host of thinkers in the history of ideas to show how we need to reorient ourselves from being 'me centered' to being 'God centered.' Only then, he argues, can we leave behind competitive views of our relationship to the Deity, in order to understand the dignity and freedom God bestows upon us as creatures."

"Humans have great dignity. Yet from where does it come? How is it sustained and protected amidst the turbulence of life and ever-changing opinions? In Ron Highfield's philosophically informed meditation, he reminds us that a 'God-centered' identity is the only secure basis for our dignity. We are never as truly free, safe and whole as we are when we rest in the self-giving God of the gospel."

"In this fine book Ron Highfield exposes the false advertising of those who call us to find true freedom and dignity apart from an obedient relationship to our Maker. And he does it with philosophical and theological savvy, charting the complex course that has gotten us to the delusions of 'modern selfhood'--delusions that can only be cured by accepting the promises of the gospel."

"Henri Nouwen claimed that the most important question anyone asks is 'Who am I?' In a world where we define ourselves by performance, conformity and image, competing with one another and relying on the blessing of others to discover and live out of a healthy sense of self, Ron Highfield reminds us that it is when we embrace God's invitation that 'we become truly ourselves and live life to the full.' Dr. Highfield's solid scholarship, theological depth and inviting style allow us to wrestle honestly with the nature of God's love as we seek to be released from the bondage of the false, 'me-centered self.' We've needed this book for a long time, but it's been worth the wait."

"Proceeding from the axiom that genuine self-understanding requires a true understanding of the self, Ron Highfield shows how popular, modern notions of the self fail in this regard, because they construct freedom, knowledge and power in human terms and therefore in competition with God. To overcome this narrow, idolatrous image of both God and humanity, Highfield first deconstructs the modern self and then recovers the older, more profound, biblical, trinitarian understanding of human identity as grounded in God's love for humanity. Drawing with equal facility from theological sources both ancient and modern, the author unfolds a beautiful vision of human dignity, freedom, will and morality as participation in Christ, the true image of God and founder of our true humanity."

"Ron Highfield's book explores the philosophical and theological inner world of the core human temptation--the Promethean quest to challenge and even be god. By unmasking the impulses, desires and arrogance of the modern self, God, Freedom and Human Dignity provides for anyone who cares about the gospel today a guide to the postmodern condition and where the gospel must strike first. If this book were pocket size you'd find a copy in my pocket."

"Reading God, Freedom and Human Dignity is an intense and rewarding experience. Highfield brings to the conversation a wide range of philosophers and theologians and invites his audience to engage meaningfully with them. Simultaneously, he displays a rich belief in the goodness and faithfulness of God and challenges readers to allow their relationship with God to provide them with the dignity and freedom they desire and that can only be found there."

"Highfield approaches this project with a great deal of sensitivity and honesty as he establishes and addresses the problem described in the title of the book—the prevalence of the me-centered culture in determining a faulty sense of human identity and the freedom and dignity inherent in that identity. . . . The overall work is well worth reading for those seeking a better of human dignity and freedom and the ways in which God's nature impacts these things."

Part 1: The Me-Centered Self
1. How the Me-Centered World Was Born
Searching for Identity in a Secular Age
The Development of Inwardness
René Descartes and Disengaged Reason
John Locke and the Punctual Self
The Moral Space of Inwardness
Affirmation of Ordinary Life
John Locke and His Friends
The Moral Space of the Affirmation of Ordinary Life
The Inner Voice of Nature
The Moral Space of the Expressive View of Nature
Realistic Expectations
The Self in a Culture Set Adrift
The Emotivist Self
The End of Ends and the Enlightenment Quest
Speaking of Christianity in a Post-Christian Culture
Looking Ahead
2. Defiance: The Promethean Dimension of the Modern Self
Prometheus: The Myth
Prometheus: The Metaphor
3. Subservience: The Religion of Idols, Hypocrites and Hirelings
Default Religion
The Wish Reveals the Heart
The Original Sin
The Unoriginal Sin
Critics of Default Religion
The Bible
Modern Critics
A Medieval Critic
4. Indifference: A Study in Thoughtlessness
The Idea and Practice of Indifference
Ways of Being Indifferent
The Esthetic
The Conformist
The Celebrity
The Agnostic
The Indifferent God of Indifference
Retrospective on the Three Attitudes
5. The God of the Modern Self
The Superhuman God
The Superhuman Being?s Powers
Omnipotence Feared
Omnipresence Dreaded
The Superhuman God?s Inner Self
The Empty Self
The Self as Will
6. The Secret Aspirations of the Modern Self
What Is Freedom?
Self-Realization
Self-Determination
Self-Perfection
The General Idea of Freedom
Competitive Freedom
The Modern Concept of Human Dignity
Ambitions of the Empty Self
7. Some Unwelcome Limits on Freedom and Dignity
Freedom?s Finitude
In Search of Dignity
The Fragmented Self

Part 2: The God-Centered Self
8. The Self-Giving God of the Gospel
The Gift of Creation
The Sacrifice of Divine Love
Divine Dignity
The True Divine Self
9. The Irony of Divine ?Weakness?
Misunderstanding God?s Omnipotence
Divine Persuasion
10. The Awakening Presence
Another Look at Power
Presence
Divine Knowledge and Human Selfhood
Divine Knowledge and Self-Knowledge
A Backward Glance and a Forward Look
11. A New Way of Being Human Being
The Temptations of Christ
The Last Temptation
12. The Divine Adoption
Our Father in Heaven
Abba, Father
What Does Being a Child of God Mean?
Be Perfect as Your Father in Heaven Is Perfect
13. The Emergence of God-Centered Identity
The Self and Freedom
The True Self and the ?Other?
The Old and New Selves
Adam and Christ
The Inner ?Other?
The Human and Divine Selves
Conclusion
14. The Freedom of the Children of God
Freedom Perfected
Freedom as the Power of a New Life
Freedom as a Gift
Freedom Here and Now
Christian Freedom as the Perfection of Freedoms
15. God?s Love as the Ground and Measure of Human Dignity
Dignity in the Church Fathers and Medieval Theology
Dignity Without Limits
Pride and Shame
Dignity and Love
Human Dignity as a Relation to God
Dignity and Envy
16. The Reconciliation of Heaven and Earth
Competition Transcended
A Life of Faith, Hope and Love
The Modern Self Reborn
Prometheus Unbound
Religion Purified
Stage-three Religion
Stage-four Religion
Indifference Transformed
Conclusion

The Doctrine of Humanity 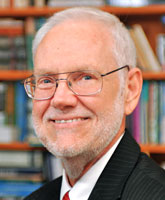 Ron Highfield (PhD, Rice University) is professor of religion at Pepperdine University in Malibu, California. He is the author of Great is the Lord: Theology for the Praise of God, Barth and Rahner: Toward an Ecumenical Understanding of Sin and Evil, God, Freedom & Human Dignity and coauthor (with Gregory Boyd, William Lane Craig, and Paul Helseth) of Four Views on Divine Providence. His published chapters and articles have covered subjects ranging from theological anthropology to open theism to Christian higher education.