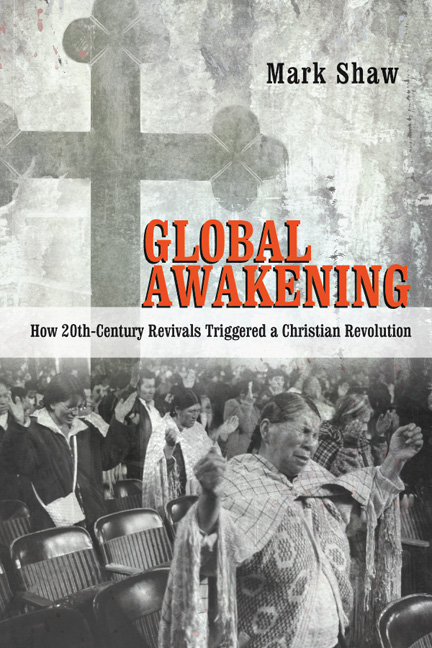 The last century has seen the revolutionary remaking of Christianity into a truly world religion. How did it happen? What triggered the emergence of this new global faith no longer dominated by the West, full of new and vital forms of devotion?

Mark Shaw's provocative thesis is that far-flung revivals are at the heart of the global resurgence of Christianity. These were not the quirky folk rituals associated with rural America and nineteenth-century camp meetings that belong more to an age of plows and prairies than of postmodernity and globalization.

Rather they were like forces of nature, protean, constantly adjusting their features and ferocity to new times and to new places, speaking Spanish, Portuguese, Yoruba, Korean, Mandarin and Gujarati. They crossed the equator. As they traveled abroad they grabbed hold of missionaries, Bible translations, national evangelists, globalization and glossolalia and turned them into a religious revolution.

In this engaging book we read the stories of Joseph Babalola and the Aladura Revival in Africa, of Kil Sun-Ju and the great Korean revival of 1907, of Paulo Borges Jr. and explosion of neo-Pentecostalism in Brazil, and of V. S. Azariah and the mass conversions of the Dalit people in India. As Shaw paints portraits of these and many more, his gallery fills, and we begin to see beyond isolated pictures to the sweeping landscape that we didn't realize was before our eyes all the time.

"Everyone has heard of the evangelical revival of the eighteenth century, and historians have long discussed its long-term effects on Britain and North America. That there was an analogous movement in the twentieth century and that its effects are now shaping contemporary Christianity is less widely known. The manifestations occurred in different parts of Asia, Africa and Latin America, and helped to produce some of the Christian powerhouses of today. Dr. Shaw has done a great service by providing this engaging and thought-provoking introduction to the most recent phase of Christian history. It deserves a wide readership."

"Transforming experiences of spiritual awakening and spiritual power have been central in shaping the remarkable growth of Christianity in the non-Western world over the last century. Mark Shaw's book charts many of the most important of these revival movements, and identifies the crucial issues and hard questions which they raise for all Christians."

"Mark Shaw's bold thesis about the ongoing importance of revivals in the modern world is a treasure for many reasons. It offers a persuasive account linking American pentecostalism and the American career of Billy Graham to the upsurge of evangelicalism around the world. It challenges blinkered views of evangelical Christianity that insist on reading it as just a cover for right-wing politics. And it opens edifying vistas for Christian believers of all sorts who have become aware of momentous shifts in the nature of Christianity around the world, but who have needed a solid theological guide for understanding what is taking place. Along with Michael McClymond's Encyclopedia of Religious Revivals in America, this book is the most impressive study of worldwide Christian revival to have appeared in a very long time."

"Missiologists, mission historians, and church laypeople are indebted to Mark Shaw for this valuable and up-to-date analysis of global awakenings."

"Any student of revival, as well as those pondering the future of Christianity, will find Global Awakening to be a valuable resource."

"Penetratingly, [Shaw] demonstrates the interplay of spiritual, cultural, historical, global, and group dynamics through which these rivals have propelled the growth, vitality, and diversity of global Christianity today. . . Essential reading for anyone seeking to understand and participate in God's kingdom in the world today."

"The story of modern Christian expansion worldwide is familiar enough, but Shaw adds a critical new dimension by focusing on revivalism and revival movements as the engines driving change and spreading new forms of belief and devotion. Using this lens, Shaw offers a new reading of a series of valuable case studies in various countries. After reading the book, you will wonder how anyone could have underplayed (or even missed entirely) the significance of revivals, with their vital culture of spectacle, as forces in religious globalization."

1. Beyond the Sawdust Trail: The Dynamics of Global Revival
2. Above the 38th Parallel: Kil Sun Ju and the Korean Revival of 1907
3. The Resurrection Man: Joseph Babalola and the Aladura Revival of 1930
4. Waking the Dead: V. S. Azariah and the Dornakal Revival in India
5. Nothing but the Blood: William Nagenda and the East Africa Revival in Uganda
6. Born Again: Billy Graham and the revival of American evangelicalism
7. Salt of the Earth: Paulo Borges Jr. and Revival in Brazil
8. New Jerusalems: Mensa Otabil, African Pentecostalism and Reverse Mission
9. Taming the Dragon: Zhang Rongliang and the Chinese House Churches
10. Rethinking Revival: Lessons from the story of World Christianity
Index 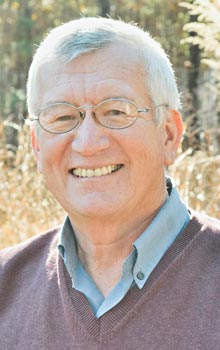 Mark Shaw is the director of the Centre for World Christianity at Africa International University in Nairobi, Kenya. He is the author of a number of books, including Work, Play, Love: A Visual Guide to Calling, Career and the Mission of God, Global Awakening: How Twentieth Century Revivals created a Religious Revolution, and The Kingdom of God in Africa: A Short History of African Christianity. Mark and his wife, Lois, divide their time between the United States and Kenya, where they have worked for over twenty-five years. Mark studied world Christianity at the University of Edinburgh (MTh) and the history of Christianity at Westminster Theological Seminary (ThD). He enjoys speaking to churches and campus groups across North America on topics related to his books. He loves listening to Dylan, following the Red Sox, and hanging with his grandsons.