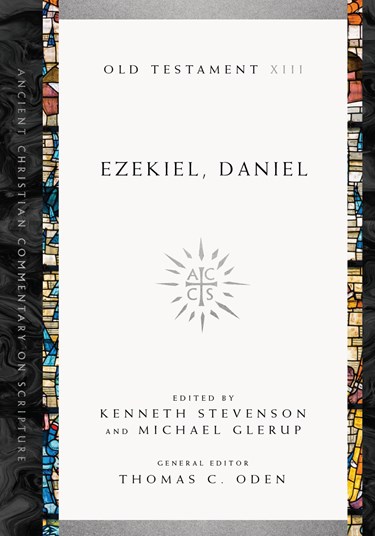 The books of Ezekiel and Daniel are rich in imagery that is taken up afresh in the New Testament. Echoes of Ezekiel—with its words of doom and hope, vision of a new temple, and scroll-eating prophet—are especially apparent in the book of Revelation. Daniel is most notable in supplying terminology and imagery for Jesus of Nazareth's favored self-description as "Son of man," a phrase also found in Ezekiel. The four beasts of Daniel find their counterparts in the lion, ox, man, and eagle of Ezekiel and Revelation. It is no wonder these books, despite the difficulties in interpreting them, took hold on the imagination of the early church.

In this Ancient Christian Commentary on Scripture volume, over forty church fathers are cited in the commentary on Ezekiel, some of whom are here translated into English for the first time, but pride of place goes to four significant extant works: the homilies of Origen and Gregory the Great, and the commentaries of Jerome and Theodoret of Cyr, thus bridging East and West, North and South.

A similar array of fathers are found within the commentary on Daniel. Extensive comments derive from the works of Theodoret of Cyr, Hippolytus, Jerome, and Isho'dad of Merv, providing a wealth of insight.

How to Read Daniel

Kenneth Stevenson (Ph.D., Southampton University) is retired from his position as bishop of Portsmouth in England. A fellow of the Royal Historical Society, he is the author of numerous publications, including Worship: Wonderful and Sacred Mystery, The Mystery of Baptism in the Anglican Tradition, The Lord's Prayer: A Text in Tradition and Rooted in Detachment: Living the Transfiguration. With Geoffrey Rowell and Rowan William, he edited Love's Redeeming Work: The Anglican Quest for Holiness. 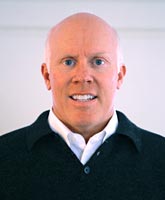 Michael Glerup (PhD, Drew University) serves as the research and acquisitions director for the Ancient Christian Commentary on Scripture and as the operations manager for the Ancient Christian Texts series. He continues his research in the history of exegesis as the director of the Early African Christianity Projects and as the executive director of the Center for Early African Christianity at Eastern University.