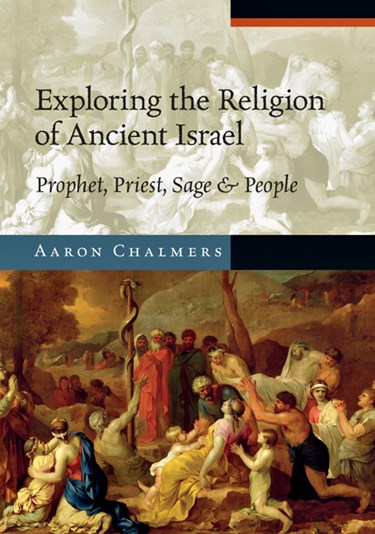 Exploring the Religion of Ancient Israel

Aaron Chalmers gives students a unique introduction to the religious and social world of ancient Israel. The first part explores the major religious offices mentioned in the Old Testament, including prophets, priests, sages and kings. As well as considering what these key people said and did, the author traces the process through which one became recognized as a prophet, priest or sage, and where each of these offices were located in ancient Israel. The second part of the book focuses on the beliefs and practices of the common people--the group that made up the majority of ancient Israel?s population.

"In Exploring the Religion of Ancient Israel, Aaron Chalmers offers an insightful and engaging study of Israelite religion. His attention to 'groundedness' supports his insightful analysis of the Hebrew Bible and his integration of relevant Near Eastern texts. Chalmers?s book is enriched by his judicious use of critically important material from Israel?s rich archaeological heritage. The many illustrations, useful sidebars and more are valuable additions to this well-argued book, which answers critical questions both about what we know and about how we know it. Exploring the Religion of Ancient Israel will satisfy students, faculty and lay readers alike."

"What did people such as priests and prophets do in Israel? How were they chosen and trained? How did ordinary people's relationship with God work out? This volume is a fine user-friendly guide to what we can learn about such questions from the Bible, from archeology and from current scholarly theory."

"Chalmers has provided students with a solid first step for navigating the complexities of the religion of ancient Israel. His sensitive distinctions between state religion (involving the experts) and family religion (as practiced by the common people) evidence his awareness of the current conversations and will be particularly helpful for those desiring to read the Old Testament in more informed ways."

John Walton, author of The Lost World of Genesis One

"Aaron Chalmers's book . . . helpfully enables the student to understand how the various leaders in Israel related to the world in which they worked, and brings out a number of aspects of this that are not easily found elsewhere."

"Chalmers accomplishes his goal to provide students with a unique introduction to the religious and social world of ancient Israel. He uses a balanced approach to investigate the role of Israel's key religious specialists (priests, prophets, sages, and king). The study acts as an excellent companion to the IVP Exploring the Old Testament series giving insights into the praxis of ritual."

"Chalmers accomplishes his goal to provide an accessible introductory text to the religion of ancient Israel for the beginning student or non-specialist. Exploring the Religion of Ancient Israel is well balanced and researched. Chalmers navigates well between various extremes and the difficult land between biblical studies and archaeology. I would recommend this as a supplemental text to a book on the history of 'biblical Israel' because Chalmers effectively brings out the nitty-gritty of 'real life' in ancient Israel."

Benjamin S. Davis, Journal for the Evangelical Study of the Old Testament, 4.1
More

List of illustrations
Key to panels
Preface
List of Abbreviations
Introduction
1. Sources for reconstructing the social and religious world of ancient Israel
1.1 Introduction
1.2 The biblical text
1.3 Ancient Near Eastern texts
1.4 Syro-Palestinian archaeology
1.5 Summary
2. Priests in ancient Israel
2.1 Introduction
2.2 How did someone become a priest?
2.2.1 Who was eligible to become a priest?
2.2.2 What training did priests undergo?
2.2.3 Was there an installation ceremony?
2.3 What did a priest do?
2.3.1 Divination
2.3.2 Teaching
2.3.3 Sacrifice (and incense offering)
2.3.4 Blessing the people
2.4 Where were priests to be found?
2.5 Summary
3. Prophets in ancient Israel
3.1 Introduction
3.2 Where were prophets to be found?
3.2.1 Religious centres
3.2.2 Political centres
3.2.3 Independent prophets
3.3 How did someone become a prophet?
3.3.1 Who could become a prophet?
3.3.2 What took place in the prophetic call experience?
3.3.3 What training did prophets undergo?
3.4 What did a prophet do?
3.4.1 Communicate the word of the Lord
3.4.2 Miracle working
3.4.3 Interceding
3.4.4 Healing
3.5 Summary
4. The wise in ancient Israel
4.1 Introduction
4.2 Where were the wise to be found?
4.2.1 The royal court
4.2.2 Schools
4.2.3 The town gates
4.3 What did the wise do?
4.3.1 Teaching
4.3.2 Advising / counselling
4.3.3 Arbitrating disputes
4.3.4 Composing documents
4.4 How did someone become wise?
4.4.1 Education
4.4.2 Experience and observations of life
4.4.3 Divine revelation
4.5 Summary
Excursus: The role of kings in the religious life of ancient Israel
5. The common people in ancient Israel
5.1 Introduction
5.2 Who did the common people worship?
5.2.1 The god of the family
5.2.2 El and Baal
5.2.3 Asherah and the Queen of Heaven
5.2.4 The host of heaven
5.3 Where did the common people worship?
5.3.1 Within the household
5.3.2 Within towns or villages
5.3.3 Outside of towns or villages
5.4 When did the common people worship?
5.4.1 Regular religious activities (annually, monthly, weekly)
5.4.2 Regular religious activities related to the human life cycle
5.4.3 Occasional religious activities related to a specific crisis or concern
5.5 Summary
Conclusion
Copyright acknowledgments
Select bibliography
Index of Biblical references
Index of names and subjects 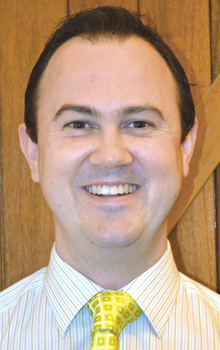 Aaron Chalmers (PhD, Flinders University) is head of the School of Ministry, Theology and Culture at Tabor Adelaide, a multidenominational, evangelical college located in Adelaide, Australia. He teaches in the field of Old Testament and hermeneutics and is passionate about helping Christians to engage with the Hebrew Scriptures. He is the author of Exploring the Religion of Ancient Israel: Prophet, Priest, Sage and People and is a member of the international Society of Biblical Literature. He is married with four children and currently attends Blackwood Church of Christ.