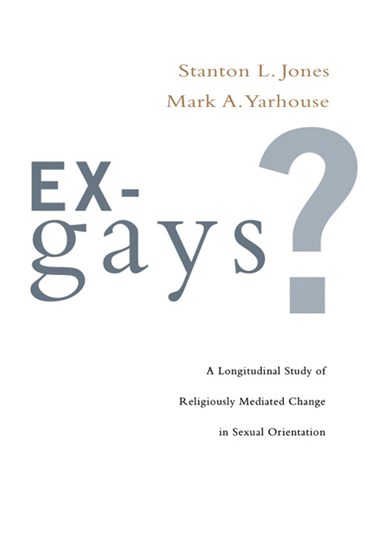 A Longitudinal Study of Religiously Mediated Change in Sexual Orientation

by Stanton L. Jones and Mark A. Yarhouse

Is it possible to be an ex gay?

The results show that outcomes for this kind of religiously-informed psychotherapy are similar to outcomes of therapy for other psychological problems. Such programs do not appear to be harmful on average to individuals.

This research will be of interest to all those who want to know the latest research on sexual orientation change and the effects of religiously-informeded programs on those who utilize them.

"Congratulations on your book. It is well and thoughtfully done, and the meticulous adherence to your experimental design gives added weight to your findings. Your carefully executed research demands a substantial and credible reexamination of current, politically driven, politically correct dogma that homosexual orientation is immutable and that the therapeutic address thereof threatens patient well-being. In a best-case scenario, your research might even pursuade the organized mental health movement to return to almost forgotten principles that it is the patient's right to choose, and that the patient has the capacity to do so."

Rogers H. Wright, fellow and past president of divisions 12 and 31 of the American Psychological Association, founding president, Council for the Advancement of the Psychological Professions and Sciences

"Psychologists have long championed and cared for the 'other' of our society--the weird, the abnormal, the minority and the less powerful. Although this book may at first appear to attack the other--in this case, those who consider themselves gay--this book is the other of psychological research. This book addresses ideas that are other than the ideas of psychology's power centers and power brokers. It addresses questions about homosexuality that are not asked by the mainstream and the majority of our discipline. Yet, like most any 'other,' it deserves a hearing, whether or not we agree with it. It especially deserves a hearing because it follows the principles of those who deserve hearings in psychology--careful scholarship and empirical rigor."

"This study is a groundbreaking classic--scientifically erudite and clearly presented. It shares irrefutable data gained over time that serve to explode arguments based on ideology and anecdotes. Its irenic and thoughtful discussion invites an open forum where scientific evidence and rational thinking are allowed to dominate discussion of the subject."

"Can some motivated people alter aspects of their sexuality through religious ministry? With the publication of Ex-Gays? Stanton Jones and Mark Yarhouse have produced the most rigorous study to date to address this question. Knowing their results would generate controversy, the authors have thoroughly described the rationale for their procedures. While the authors fully acknowledge that change in sexual attractions did not occur for some individuals, they offer cogent and compelling reasons to believe that participation in religious ministry resulted in durable changes for others. The Jones and Yarhouse study will set the standard for all future work in this field and demands a serious reading from social scientists. For anyone interested in the study of sexuality, values and human change, this book is a must-read."

Warren Throckmorton, Ph.D., Associate Professor of Psychology and Fellow for Psychology and Public Policy, Grove City College, coauthor of the Sexual Identity Therapy Framework, and producer of I Do Exist

"Research in the controversial area of homosexuality is fraught with ideology and plagued by a dearth of science. This study has broken new ground in its adherence to objectivity and a scientific precision that can be replicated and expanded, and it opens new horizons for investigation. It is the kind of scientific research I had in mind when in the mid-1970s I introduced my successful resolution in the APA Council of Representatives that homosexuality is not a disease, but a complex constellation of factors that requires scientific investigation to further our understanding of its etiology, its many parameters and its subjectivity to change. I have waited over thirty years for this refreshing, penetrating study of an imperative, though controversial, human condition. This book is must-reading for psychotherapists and counselors, as well as academic psychologists studying human behavior and sexuality."

"Professors Jones and Yarhouse provide a well-designed, conceptually and philosophically sophisticated longitudinal study of intervention efforts aimed at changing homosexual orientation. Their data address the question, Is such change possible? They also cogently address related controversial questions such as the ethical issues involved. They embody all the characteristics of first-rate scholarship (for example, they modestly note the methodological limitations of their study). However, this is a groundbreaking study that will hopefully be judged by the normal standards of scholarship rather than be prejudged by its religious element or its tentative positive results."

"With this landmark study, Drs. Jones and Yarhouse have made a major contribution to a controversial area. The findings from their study support the importance of client autonomy and client self-determination as therapists provide a range of options to those who seek help for unwanted same-sex attraction. The book is required reading for those interested in the best practices and evidence-based care for this clinical population."

"Pastors, students, and any who desire to keep abreast of the controversies about homosexuality will benefit from reading this volume."

"The authors are to be commended not only for the rigor with which they designed and prosecuted this study, but also for the various clever means they used to obtain methodological reviews and other necessary feedback from experts who were opposed to the very idea of the study."

"The authors remind us of their awareness of the sensitivity and controversy of the subject matter. They are constantly restating the methodology they used to address the topic of changing sexual orientation. The authors do make an intelectually cogent case that various passages in both Testaments do (literally, and by implication) condemn homosexual activity per se, but admit that others are free to interpret these passages differently. They challenge some widely accepted results of identical twin studies that supposedly support concordance and the likelihood of genetic causes. The overall conclusions is that in some focused programs with a religious or faith-based purpose, some homosexuals do 'change.'"

Lists of Figures and Tables
Acknowledgments
1. The Controversy
2. Understanding the Population: Christian Views of Sexuality, Ethical Norms, and Views of Healing and Change
3. Rationale for the Study
4. Methodology for This Study
5. Our Sample
6. Understanding and Measuring Change of Sexual Orientation
7. Can Sexual Orientation Change? Report of the Quantitative Analysis
8. Can Sexual Orientation Change? Report of the Qualitative (and Supporting Quantitative) Analyses
9. Is the Attempt to Change Harmful? Impact on Psychological and Spiritual Functioning
10. Conclusion
Notes
Name Index
Subject Index

Download a .zip file containing the entire interview protocol and the SAQs.

Listen to an interview with Dr. Stanton L. Jones on The Drew Marshall Show.

He is a member of the American Psychological Association and served on the Council of Representatives, the central governing body of the APA, representing the Psychology of Religion division from 1999 to 2001. In 1994 he was named a research fellow of the Evangelical Scholars Program of the Pew Foundation. He was a visiting scholar at the Divinity School of the University of Cambridge and a visiting fellow at Clare Hall, University of Cambridge, for the 1995-1996 academic year.

Jones authored the lead article, "Religion and Psychology," for the Encyclopedia of Psychology, jointly published in 2000 by the American Psychological Association and Oxford University Press. His article in the March 1994 American Psychologist, titled "A Constructive Relationship for Religion with the Science and Profession of Psychology: Perhaps the Best Model Yet," was a call for greater respect for and cooperation with religion by secular psychologists. Jones has also written, with his wife, Brenna, a five-book series on sex education in the Christian family called God's Design for Sex. He is also the coauthor of Modern Psychotherapies (with Richard E. Butman) and Homosexuality: The Use of Scientific Research in the Church's Moral Debate (with Mark A. Yarhouse), and the editor of Psychology and Christianity: Four Views.

Listen to an interview with Jones about Ex-Gays? on The Drew Marshall Show.

ABOUT Mark A. Yarhouse 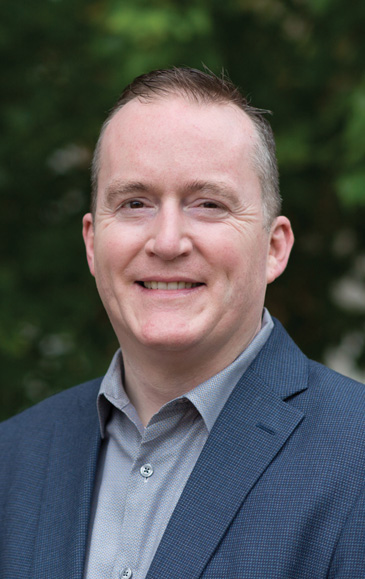 Mark A. Yarhouse (PsyD, Wheaton College) is the Dr. Arthur P. Rech & Mrs. Jean May Rech Endowed Chair and professor of psychology at Wheaton College, where he directs the Sexual and Gender Identity (SGI) Institute. He is a licensed clinical psychologist and author or coauthor of several books, including Understanding Gender Dysphoria, Modern Psychopathologies, Understanding Sexual Identity, and Family Therapies.