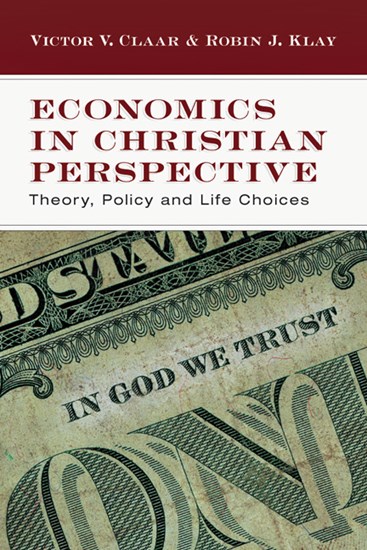 Economists Victor Claar and Robin Klay critically engage mainstream economic theory and policy recommendations to provide guidance for faithfully and responsibly addressing these and other important economic issues. Affirming that a just and prosperous society depends for its continued success on maintaining the right balance of power among three principal spheres--democratic governments, market-organized economies, and strong moral and cultural institutions--Claar and Klay demonstrate how Christian principles and values guide and undergird a flourishing and just economy.

This text is for use in any course needing a survey of the principles of economics.

"This book by Victor Claar and Robin Klay is a valuable new contribution to a small but growing and important body of literature on economic thinking and Christian belief. The authors do not advance a unique 'Christian' economic theory, nor do they simply bless every mainstream economic concept with a biblical imprimatur. Instead, they carefully review current economic theory and policy perspectives in light of biblical Christian belief. At times Victor and Robin agree with mainstream economic ideas and at times they suggest thoughtful criticisms of the mainstream. They also take time to address important heterodox economic views in light of their interpretation of biblical principles that bear on each topic.

Extended case studies draw the reader into economic and biblical ways of thinking about important public policy issues. The cases are drawn from everyday life so that the reader can move easily from what we experience in everyday economic life to those topics about which we know less but must render political and economic opinions. They address critical topics such as embracing or protesting market economies, designing effective programs for poor relief, addressing our growing global need for energy, restricting or encouraging economic development around the world, assessing the government's monetary and fiscal macroeconomic policies, and choosing an optimal level of pollution control.

Victor and Robin write with conviction about their firmly held economic views and with fair-minded care about those questions that remain arguable from several reasonable perspectives. Not every Christian will agree with their views, but most Christians would benefit from confronting their economic reasoning and biblical analysis of crucial issues."

"Claar and Klay ask how Christians with shared values can affect outcomes in a market-based democratic economy. They expand traditional economic analysis of self-interested consumers, profit-seeking firms and elected governments to include groups of individuals with common interests such as churches and faith-based organizations. They illustrate that the latter, by pooling resources, can influence the production and delivery of desired services such as feeding the poor, sheltering the homeless and healing the sick, locally, nationally and globally within established economic structures."

"This short book has lofty goals. One purpose is to explain the economic process, emphasizing the benefits of free markets and voluntary choice. The second task is Christian reflection on economic involvement from an evangelical perspective. The result enriches economic and biblical understanding."

"Victor Claar and Robin Klay provide thoughtful Christians a very useful introduction to the economic way of thinking that is lively, nuanced and challenging. Their description of economics presents the powerful ability of markets to creatively meet human needs within a Christian perspective that takes seriously the claims of Christ over his creation. It will serve as a valuable entry point to the world of economics for Christians eager to learn how markets, governments and institutions operate in the contemporary global context."

"Claar and Klay combine Christian principles and economic principles in a useful manner so that readers will think better about these issues and look to better solutions than are currently being proffered. Demonstrating an impressive breadth of vision, they deftly move from the big picture and macroeconomics to the care for the individual and restoring hope for the least of these. Covering a wide range of issues, they deal with microeconomics, macroeconomics, public policy, personal behavior, market failure and government intervention. This is a much-needed book that I will use and think many of my colleagues in the Association of Christian Economists will want to use also."

"Books like this one are far too rare. Claar and Klay explore a broad range of compelling issues, write clearly and winsomely, think from a well-reasoned historic Christian perspective, and above all else are seasoned mainstream economists who know what they are talking about. We seldom get a book that considers natural revelation and special revelation simultaneously, and does so with respect for those who come to different conclusions. While making their conclusions clear, Claar and Klay consistently explain their framework of thought in such a way that those who disagree can clearly identify why and where they disagree--a wonderful gift to a long conversation about faith and economic affairs that has too often been polarized and uncharitable."

"This book meets an important need for Christians who want to think carefully about economics. Claar and Klay combine sound economics and the moral demands of a lively Christian faith to create integrated, practical advice for all believers seeking to make a concrete difference in the world. This book is a great resource for any Christian trying to make sense of the many seemingly irreconcilable demands of Christian faith and economic analysis."

"This volume presents a balanced view of the respective roles and responsibilities of governments, markets and civil society within a perspective of reasoned hope that is clearly informed by the authors' Christian faith. The integration of Scripture and Christian reflection with economic analysis is careful and well reasoned, and also affirms the positive dimensions of the market process. The book is easily accessible to undergraduate students, and approaches the major stewardship issues of our time not only in terms of individual choice, but also from the standpoint of the family, the church and the broader communities to which we all belong. It makes creative use of a variety of examples, and addresses the primary economic challenges of our time."

"Victor Claar and Robin Klay have given us a sensible discussion of contemporary economic policy issues with some Christian commentary. They emphasize the usefulness of mainstream economics to Christians working in the world."

"Claar and Klay combine Christian teachings and modern economic analysis in a book that informs both the head and the heart.This book also affords an opportunity to incorporate material on values and social capital into a mainstream course in economic principles."

"The book is full of insightful analyses of contemporary problems, which makes it feel a bit like the popular book Freakonomics. Claar and Klay's epilogue is worth the price of the book: There they give very practical life lessons taught by economics that are matters of common sense, yet are commonly ignored."

"A worthwhile read which offers many useful insights to serious Christian thinkers and just about anyone else regarding basic economics and Christian responsibility."

"This balanced and well-written book not only explains Christian teaching and economic theory, but relates them to the important economic issues of the day and the challenges they present to living out the Christian faith. The book covers a wide range of contemporary issues of importance to Christians and the wider public. The opening and closing chapters are espcially valuable in offering a perspective on how Christian principles can complement the workings of markets."

"This book presents a view on the respective roles and responsibilities of governments, markets, and civil society for Christians seeking personal undesrtanding and who are called to make a concrete difference in the world."

". . .readers of this book will find that the economics and concern for Christian principles blend together seamlessly--a rare feat indeed among texts of this genre."

". . .a useful and accessible introduction for Christians to a complex subject."

"It's a wonderful read. The writing style is engaging. If you have just a rudimentary grasp of some basic economic concepts the book should be intelligible. What is truly refreshing is the careful and respectful manner in which differing views are presented on some controversial topics even as the authors reveal their takes on issues. The book is neither a social justice harangue nor a libertarian manifesto, just solid Christian reflection on the implications of mainstream economic thought."

". . . An excellent introduction to economics for readers interested in understanding economics within a Christian worldview perspective. The authors combine clear explication of economic principles with passionate personal experience and advice."

1. Christian Faith in Relationship to Economic Activity: Framing the Issues
2. Markets: Mechanisms for Creating Good and Exercising Christian Responsibility
3. Public Finance: The Role of Government in the Provision of Goods and Services
4. Savior or Leviathan?: The Role of Government in Our Daily Lives
5. Creation Care: Exercising Good Stewardship in the Garden
6. The Big Picture: Issues in Macroeconomic Policy
7. What Do We Know About Monetary and Fiscal Policy?
8. International Economic Relations: Hope for the Third World
9. Work and Vocation: What Is in Your Hand?
10. Rich Man, Poor Man, Beggar Man, Thief: Attending to the Poor or Worrying About Income Gaps?
11. Going Beyond Markets: Renewing Neighborhoods, Reconciling People and Restoring Hope
Epilogue: Nine Big Ideas from Economics That Can Help You Be a Good Steward Every Day

Business for the Common Good

The Economics of Neighborly Love 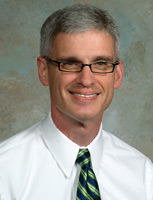 Robin J. Klay (PhD, Princeton) is emeritus professor of economics at Hope College in Holland, Michigan. Klay's principal area of research and publication regards the connections between Christian faith and practice and economic theory and policy. She is the author of Counting the Cost: The Economics of Christian Stewardship. She has published articles in The Christian Century, Perspectives, Faith and Economics, and Markets and Morality. She is also an adjunct scholar at the Mackinac Center for Public Policy in Midland, Michigan, and is involved in ministry with the local Hispanic community.