How is it that a first-generation Jewish messianic movement undertook a mission to the pagan world and rapidly achieved a momentum that would have a lasting impact on world history?

In this monumental two-volume study, Eckhard Schnabel provides a unified and detailed picture of the rise and growth of early Christian mission. He begins with a search for a missionary impulse in the Old Testament and Second Temple Judaism and then weighs the evidence for a mission of Jesus to Gentiles. But the center of focus is the apostolic missionary activity as it is related in Acts, Paul's letters, and the rest of the New Testament.

This study seeks to describe all the evidence relevant to the missionary strategy and expansion of the early church, to explain the theological dimensions of the early Christian mission, and to integrate numerous studies published in recent decades into a synthetic picture. Schnabel's detailed analysis will form a solid basis for a new understanding of the rise of Christianity and the nature of Christian mission—both then and now.

"A landmark work. There has been no book on this topic of such significance since Harnack's Mission and Expansion over a century ago. Rich in its comprehensive coverage, Dr. Schnabel's book opens windows for the reader, letting in light from the New Testament, from the ancient church, and from the neighbors and rivals of the early church."

"The translation of Eckhard Schnabel's monumental history of the early Christian mission is a major publishing event. Not since Adolf von Harnack's classic The Mission and Expansion of Christianity in the First Three Centuries, published a century ago, has the subject been surveyed in such encyclopedic breadth and depth. As was the case with its illustrious predecessor, a work of this scope and detail inevitably affords plenty to chew on and to disagree with. But there can be no doubt that readers of every persuasion are in Professor Schnabel's debt for this admirably comprehensive and accessible account of the rise of Christianity. It will become a standard reference work for students of the early church."

"In this weighty and significant volume—the first full-length study of Christian mission since Harnack's important work of a century ago—Eckhard Schnabel convincingly shows that the history of Christianity is indeed the history of mission. Responding in kind to his German forebears, Schnabel argues that the Christian missionary movement began with Jesus himself and, offering his own account of its development, treats both the historical and theological dimensions. The result is an invigorating and thorough study of this relatively neglected, yet fundamentally important, subject."

"Scholars who study the rise of the early churches focus on one of three features: theology, great leaders or conflicts. That, however, was not what was going on at ground level. Finally someone has told the rise of the early churches for what it was: missionary stations intent on spreading the gospel about Jesus Christ. The last century saw only two major works in this field: the classical study of Adolf von Harnack and the smaller, but accessible, study of Michael Green. Put them away. You now have what those books wanted to be when they grew up and became mature. This study by Schnabel will face me in my study for the rest of my life."

"This thorough, carefully researched and splendidly thought-out book constitutes a groundbreaking and encyclopedic work on the early Christian mission that other scholars, including myself, will be using for decades to come."

"Professor Eckhard Schnabel's Early Christian Mission is a masterpiece that stands in the tradition of Harnack and Lietzmann. Schnabel first judiciously traces the origins of early Christian mission and then skillfully identifies the diverse expressions of mission in the early Christian movement, from Jesus to Paul and beyond. In doing this he creates the historical, social and religious context in which the writings of the New Testament and related literature can be meaningfully read and appreciated and in the light of which the origins of Christianity can be understood with much greater precision. Professor Schnabel has placed us all in his debt."

"As strange as it may seem, since the time of Adolf von Harnack at the turn of the twentieth century there has never been an attempt at a comprehensive critical account of the earliest period of Christian missions. Now in his massive and magisterial two-volume work that ignores neither history nor theology, Eckhard Schnabel has sought to remedy this gap in scholarly research. I predict that scholars will be interacting with this work for decades to come because of its thoroughness, meticulous attention to detail, and integration of knowledge from fields as wide-ranging as archaeology, classics, Roman and Jewish history, linguistics, sociology and of course biblical studies. This is a book all serious students of early Christianity must have on their shelves. There is nothing else quite like it."

"The sheer size of this book demonstrates not only the fantastically wide knowledge of its author but also and above all the way in which the activity of mission permeates the New Testament story. There is nothing else available that can compare with this major treatment that discusses every aspect of the subject in the light of constant, critical interaction with current scholarship and yet manages to remain beautifully clear and immensely readable. This book is, quite simply, indispensable for the New Testament student."

"Comparatively few biblical studies of mission exist. Those that do were written primarily by missiologists. Most New Testament scholars, even a number of fairly conservative ones, doubt that Second Temple Judaism or even Jesus himself significantly foreshadowed the missionary zeal of the early church beyond Jewish circles. What would a comprehensive study of the relevant New Testament data yield, especially if prefaced by a survey of Old Testament and intertestamental developments, and undertaken by someone who has mastered the secondary New Testament literature in all three major European languages? The result is a magnum opus, for both Schnabel and the discipline, that should be the defining work on this topic for years to come."

"The publication in English of Eckhard Schnabel's magisterial work on early Christian mission is a major event for which both author and publisher are to be congratulated most warmly. This amazing achievement, which carefully sets the Christian mission within its wide-ranging historical and geographical contexts, and considers the mission theology of the biblical material, fills a vast gap left for more than one hundred years since the appearance of Adolf von Harnack's work on the spread of Christianity. Whether it is the relevant teaching of the Old Testament on this theme, the nature of Jesus' mission and that of his apostles, the mission theology of each of the Evangelists, what the Acts of the Apostles tells us about the spread of Christianity, or the motivation, practice and theology of Paul's missionary endeavors, Dr. Schnabel's comprehensive volume is a profoundly reliable guide, and provides countless insights that will inform and inspire the reader. A former missionary to the Philippines, he writes fully, judiciously and with conviction about a subject that lies close to his heart. It is an outstanding work to which I shall return again and again."

"Early Christian Mission humbly yet authoritatively reveals the author's unapologetic, intelligent, exhaustive, and very lucid defense of his conservative understanding of the Christian church's early evangelical mission. The sheer scope of Schnabel's research and presentation is daunting to the most energetic reader because of its breadth and scope."

"This two-volume set by Eckhard Schnabel is a remarkable achievement. I finished working my way through the nearly 1,600 pages of text, and despite the length found myself enjoying it immensely. It is a unique blend of history, exegesis, theology and praxis rolled into one. Schnabel is to be commended for this breathtaking achievement."

"An encyclopedia of missions in the first century . . . Clearly written . . . Reads as a continuous historical account."

"Schnabel's presentation of the early Christian mission conveys a sense of reality. . . . The careful examination of secondary literature . . . add[s] credibility." 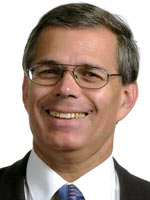