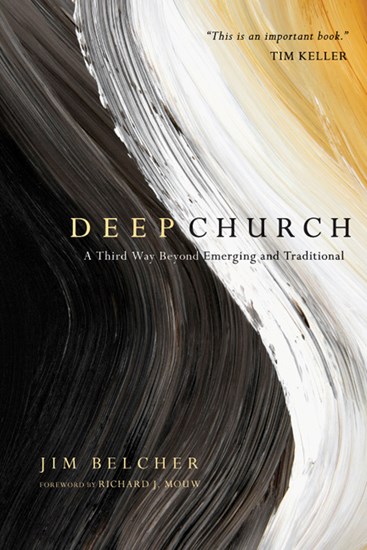 A Third Way Beyond Emerging and Traditional

Feeling caught between the traditional church and the emerging church? Discover a third way: deep church.

C. S. Lewis used the phrase "deep church" to describe the body of believers committed to mere Christianity. Unfortunately church in our postmodern era has been marked by a certain shallowness. Emerging authors, fed up with contemporary pragmatism, have offered alternative visions for twenty-first-century Christianity. Traditionalist churches have reacted negatively, at times defensively.

Jim Belcher knows what it's like to be part of both of these worlds. In the 1990s he was among the pioneers of what was then called Gen X ministry, hanging out with creative innovators like Rob Bell, Mark Oestreicher and Mark Driscoll. But he also has maintained ties to traditionalist circles, planting a church in the Presbyterian Church of America.

In Deep Church, Belcher brings the best insights of all sides to forge a third way between emerging and traditional. In a fair and evenhanded way, Belcher explores the proposals of such emerging church leaders as Tony Jones, Brian McLaren and Doug Pagitt. He offers measured appreciation and affirmation as well as balanced critique. Moving beyond reaction, Belcher provides constructive models from his own church planting experience and paints a picture of what this alternate, deep church looks like--a missional church committed to both tradition and culture, valuing innovation in worship, arts and community but also creeds and confessions.

If you've felt stuck between two extremes, you can find a home here. Plumb the depths of Christianity in a way that neither rejects our postmodern context nor capitulates to it. Instead of veering to the left or the right, go between the extremes--and go deep.

"Jim Belcher's Deep Church calls our attention to the pressing issues of our day to create a 'third language' conversation between the traditional and emergent church movements. Deep Church provides a healthy theological wrestling full of pragmatic wisdom, bringing a renewed perspective of birthing a church today. I highly recommend this book to pastors and lay leaders alike, to consider what the church, God's artwork, is called to become in the coming days."

Makoto Fujimura, artist and author of Refractions: A Journey of Art, Faith and Humanity

"In Deep Church, Jim Belcher has given us great thoughts about how a church can walk the tightrope between emerging and traditional, between sound doctrine and openness to our culture, between modernism and postmodernism, and between 'belonging before believing' and the importance of 'community in the conversion process.'"

"Deep Church is a thoughtful, helpful and practical addition to the growing field of missional church thinking."

"As Christians enter the third millennium, they are in the midst of a great reconsideration. They are asking if the forms of church they have inherited are the right forms for the mission in the future. For some, they believe the forms must be rejected and deconstructed. Others seek to defend and restore them. Jim Belcher points a way that ties orthodox theological moorings with creative thinking and missional engagement, providing a helpful guide to thinking about church."

"Rising above the usual shallow, facile critiques of the emergent church movement, Jim Belcher has written for us a book that, indeed, goes deep. Jim took the time to listen to emergent voices, and as a result, he appreciates the movement for what it is. And, further, his admonitions ring true. While Jim and I have theological differences, I can heartily recommend Deep Church as an invigorating study of and healthy corrective to both the emergent and traditional church."

Tony Jones, author of The New Christians: Dispatches from the Emergent Frontier (http://tonyj.net)

"A marvelously reliable guide--indeed I know of none better--for our much-needed efforts to go deeper as churches by mining the depths of the gospel for creative and faithful ministry in the strange and exciting new world of the twenty-first century."

"Deep Church is a carefully balanced and helpfully critical analysis of the emerging church and the numerous negative reactions against it. It is a fair-minded, truly gracious undertaking that speaks the truth in love and charts a clear third way that I sincerely hope will be embraced by a multitude of younger Christian leaders. Only a thoughtful pastor who knows Scripture, the Christian tradition and the modern challenges to mission in our present context could write such an excellent book."

Dr. John H. Armstrong, president, ACT 3, and author of Your Church Is Too Small: Why Unity in Christ's Mission Is Vital to the Future of the Church

"Deep Church is a narrative of one man's journey of spiritual discovery involving at core a search for a place to stand. Whether you can fully agree with Jim's findings or not, you will find this book to be an accessible, well-articulated, deeply personal and (thankfully) theologically irenic apologetic for the emerging church."

Alan Hirsch, author of The Forgotten Ways, and founder of Forge Mission Training Network and Shapevine.com

"Jim Belcher shows that we don't have to choose between orthodox evangelical doctrine on the one hand, and cultural engagement, creativity and commitment to social justice on the other. This is an important book."

"Many have written critiques of the emerging church, and some have attempted 'third way' books that attempt to describe a possible best-of-both path between traditional and emerging mindsets and practices. But I think Jim Belcher's book is the first to be truly gracious to both of these oft-contentious perspectives, suggesting a fair and honest critique of both. Belcher has clearly done his homework, and lives--as a lead pastor of a church plant--with one foot in the Reformed, traditional camp, and one foot in the emerging church. This is a great read for any who are tired of straw man arguments and polarization."

"Deep Church takes us beyond just the surface with what is emerging, emergent or traditional and gives us some wonderful insights toward an alternative future."

Dan Kimball, author of They Like Jesus but Not the Church

"Working out his ideas in the crucible of pastoral ministry, Jim Belcher proposes fascinating new ways to arbitrate today's disputes by appealing to the Great Tradition. Read it and learn how your church can go deeper."

"Viewing Christianity and culture through the lens of the Reformed--and reforming--tradition, Jim Belcher judiciously assesses the divide between liberal and conservative factions of evangelicalism. Lucidly analyzing the strengths and weaknesses of the emerging church as well as of the traditionalists who critique it, Belcher offers an inspirational 'third way,' the 'deep church,' that synthesizes the best of both."

"Belcher provides a balanced critique of both paradigms threaded within his own quest to present the formidable issues dividing them. . . A worthy read."

"An excellent survey and tutorial of the issues of dividing the emerging church and the traditional church."

"Belcher describes his very personal journey to discover a way beyond the current debate that divides the traditional and emerging camps within American evangelicalism. In sorting out the contours of a debate that is sometimes hard to follow, Belcher also sets out the vision for the church he leads and describes how they are trying to live into that vision. He calls the vision 'deep church' ... a way of following Jesus and being the church that is both grounded in what Belcher calls the Great Tradition and engaged with contemporary culture."

"Belcher, himself a child of the traditional church in North America and concerned with the state of the evangelical world, takes an honest look at the debates raging between the two perspectives. He looks at the strengths, weaknesses, and misunderstandings they each have of one another, and introduces a third way -- what C.S. Lewis called the 'deep church.'"

"From a former insider of the emerging church, this theologically weighty book speaks to both sides in the emerging/traditional debate. Though reflecting primarily a Reformed perspective, Belcher is irenic, showing appreciation for both emergent concerns and the great tradition of Christian faith and practice."

*Conversation Starter Award* "The most discussed review on our site in 2009 was by far Chris Smith's review of Jim Belcher's book Deep Church. We certainly appreciate his careful and thoughtful work and the book's capactiy to spark meaningful and needed conversations."

The Englewood Review of Books, December 2009

"All serious readers will benefit from Belcher's insights and critiques as much as from the exemplary, thoughtful manner in which he handles the discussion."

"Belcher's concern for his congregants and for the future of the American church is evident on every page. Readers who recognize that the traditional church is ripe for reform but are wary of emerging alternatives will find Belcher a careful, sympathetic guide toward a more productive conversation."

"Jim Belcher was emerging before it was called emerging. His insights into church life are broadly useful, and the balance he strikes between tradition and mission, certainty and creativity, could provide a way forward for many."

"A fair-minded treatment of a polarizing and polemic topic."

"Passionately, articulately and with sometimes winsome self-confidence, Belcher seeks to chart a "third way" between the often divided factions within the traditional and emerging wings of American evangelicalism."

Introduction: Is a Third Way Possible?

Part I: Mapping New Territory
1. There from the Start: How to Be an Insider and an Outsider at the Same Time
2. Defining the Emerging Church
3. The Quest for Mere Christianity

Notes
Acknowledgments
Endorsements
About the Author 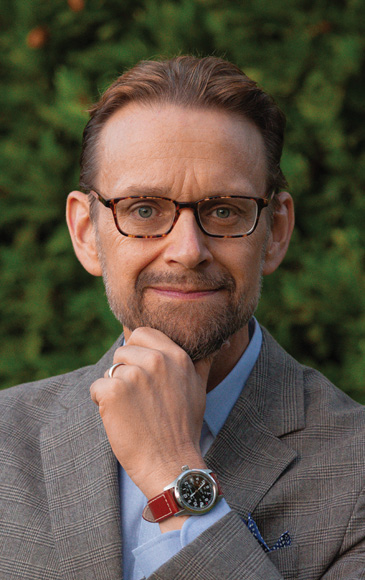 Jim Belcher (PhD, Georgetown University) is a political philosopher, researcher, and writer. He previously served as president of Providence Christian College in Pasadena, California, and was the founding lead pastor of Redeemer Presbyterian Church in Newport Beach, California. He is the author of In Search of Deep Faith and Deep Church, which won a 2010 Christianity Today Book Award in church/pastoral leadership.