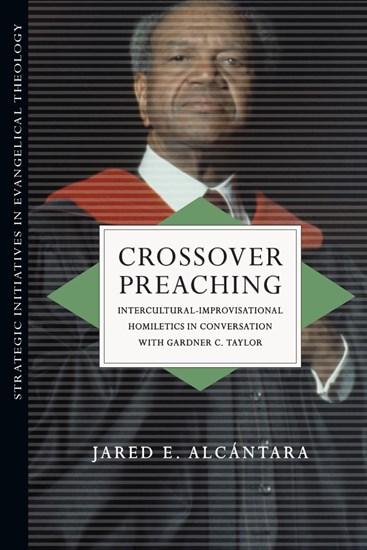 As society becomes more culturally diverse and globally connected, churches and seminaries are rapidly changing. And as the church changes, preaching must change too.

Crossover Preaching proposes a way forward through conversation with the "dean of the nation?s black preachers," Gardner C. Taylor, senior pastor emeritus of Concord Baptist Church in Brooklyn, New York. In this richly interdisciplinary study, Jared E. Alcántara argues that an analysis of Taylor?s preaching reveals an improvisational-intercultural approach that recovers his contemporary significance and equips U. S. churches and seminary classrooms for the future.

Alcántara argues that preachers and homileticians need to develop intercultural and improvisational proficiencies to reach an increasingly intercultural church. Crossover Preaching equips them with concrete practices designed to help them cultivate these competencies and thus communicate effectively in a changing world.

"Dr. Alcántara first makes a convincing claim that worship will continue in America through this century, but our churches will look very different. Then he makes a compelling case that anyone who is going to survive as a preacher has to learn new skills in order to proclaim the gospel to an intercultural society. Best of all, he lets the amazing preacher Dr. Gardner Taylor show us how it is done."

"Dr. Jared E. Alcántara's Crossover Preaching dazzles in its contribution to homiletics and assessment of seldom-studied facets of Gardner C. Taylor's ministry. Weaving scholarship in race theory, intercultural studies and performance studies, Alcántara has produced a new tapestry of homiletics, with Gardner C. Taylor's contribution resting at its center. In doing so, he has created a template by which others may successfully engage in cross-cultural preaching. Written in a sophisticated yet accessible style, Crossover Preaching calls gospel proclaimers to become passionate instruments of God who share God's word with all human beings. Readers of Crossover Preaching will be intellectually stimulated by its scholarship, moved by its accurate analysis of Gardner C. Taylor's preaching, spiritually elevated by its thoughtfulness and persuaded to heed Dr. Alcántara's call to preach a gospel that transcends human boundaries."

Edward L. Taylor, editor, The Words of Gardner Taylor Series and Faith in the Fire

"On Easter Sunday 2015, Gardner C. Taylor left this world for a better one. But his long and productive life casts a long shadow, and his extraordinary pulpit work merits the kind of close analysis Alcántara offers in this book. Taylor emerges here as a paradigmatic 'crossover' preacher, prescient and prophetic, a watchman on the wall with a word from the Lord for his time and for ours."

"Christian preaching in the twenty-first century will need to be what Alcántara calls intercultural, and his Crossover Preaching bridges oral and literary cultures, racial and ethnic divides, and theory and practice. May the exemplar of Alcántara?s analysis here inspire many to improvise homiletically under the power of the Spirit for the next generation."

"As the United States moves toward its 2040 demographic change from a white majority nation, Jared Alcántara's study of Gardner C. Taylor provides a timely guide for preachers emerging into the intercultural world in which America's churches are increasingly situated. Readers will find both inspiration and instruction through Alcántara's depiction of Taylor as one who boldly 'crossed over' to address audiences well beyond those of his own Concord Baptist Church in Brooklyn. Highlighting Taylor's improvisational adeptness and contextual awareness, Alcántara brings to the fore Taylor's contribution to an intercultural homiletic, and one that still holds promise for the church today."

"There are those who live within their times with the insights and knowledge necessary for a time yet to come. Alcántara has captured the prophetic wisdom of a preacher whose life modeled for us how to navigate, as a disciple of Christ, intercultural and interracial currents. His proclamation was a teaching that serves to guide us in our times and sets the standards of kingdom values for living as a holy people in our times. With a sharp mind and the craft of an artist and practical theologian, Alcántara analyzes the text, the preacher and the art of Gardner C. Taylor's sermons, pointing to how they impart a timeless education for the making of our sermons and for the formation of the preacher for such a time as now in the Christian global church. As a preacher for over thirty years I was fascinated by how much I learned from and was refreshed by this book."

"Dr. Alcántara has truly produced a first-rate work of contemporary importance in Crossover Preaching by brilliantly drawing from one of the most significant preachers of the twentieth century, the luminary figure of Gardner C. Taylor. Not only will preachers and students of preaching benefit from Dr. Alcántara's work in order to minister to an intercultural church and society, but also, his analysis should have a positive contribution in shaping the future of seminary education and informing theological educators as they aim to prepare church leaders for intercultural witness to the world. The depth and breadth of scholarship in this book is impressive. It is bound to enlighten, challenge and inspire those who thoughtfully engage it and seek to apply it in their preaching and teaching ministries. I recommend that all who take the future of the twenty-first-century church seriously read it."

"Alcántara has offered valuable insights which will be of interest to any student of preaching."

"This is a worthwhile read: for preachers looking to expand their repertoire and inspire their preaching, for professors of homiletics looking to broaden their students’ knowledge and skill set, and for anyone interested in the craft and future of preaching in an intercultural society and church." 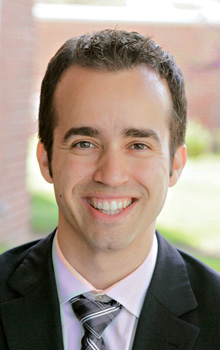 Prior to Truett, he served as an adjunct instructor at Gordon-Conwell's Hispanic Ministries Program in New York City, as a doctoral teaching fellow in homiletics at Princeton Theological Seminary, and from 2014-18, he was an associate professor of homiletics at Trinity Evangelical Divinity School in Deerfield, Illinois. Alcántara's teaching and research is in homiletics, with interests in global south preaching, cultural and intercultural engagement, and the role of race and ethnicity in preaching, especially in Latino/a and African American contexts. He lives in the Waco area with his wife, Jennifer, and their three daughters.