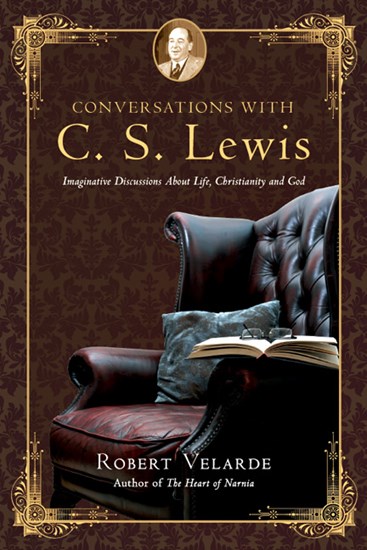 Robert Velarde tells of an imaginative journey in which the literature professor mysteriously appears in Thomas Clerk's hospital room.

"Call me Jack," the writer says as he invites Clerk to step into a wardrobe. From there the two embark on a remarkable journey through Lewis's life. They experience pivotal events from Lewis's childhood and meet many of his real and imaginary friends; they visit the Kilns with his brother, Warnie, and spend time in Oxford with fellow writers and Inklings J. R. R. Tolkien and Charles Williams. They also sit with Lewis's dying wife, Joy Davidman, and they even enter the world of Narnia.

Along the way, Lewis challenges Clerk's thinking about the existence of God, the truth of Christianity, the problem of pain and suffering, the nature of love and much more. Are human beings a cosmic accident? Can we have morality without God? Was Jesus just a guru? Can we really believe in heaven and hell?

Tom and Jack discuss these and many other questions, and they invite you to eavesdrop on their conversations. Prepare yourself for some of the most invigorating discussions you may ever experience this side of heaven.

"Ever the engaging and warm-hearted scholar, author Robert Velarde manages to instruct us in the details of Lewis's life and thought while also keeping us thoroughly entertained. A delightful journey in the company of the most congenial of companions."

"Robert Velarde brings amazingly fresh creativity to this work based on the writings of C. S. Lewis. Velarde exhibits extensive knowledge of Lewis's canon and brings fresh insights about his work. Whether one is a veteran reader or is new to Lewis, Robert Velarde's Conversations with C. S. Lewis will stoke a fire of interest in the works of this beloved author."

"Robert Velarde has pulled off a rare and wonderful feat: a book that is at once enjoyable, edifying, erudite and apologetically engaging. Bravo!"

"C. S. Lewis, imagining what the resurrection might be like, once wrote to his fictitious correspondent Malcolm, 'I can now communicate to you the fields of my boyhood--they are building-estates to-day--only imperfectly, by words. Perhaps the day is coming when I can take you for a walk through them' (Letters to Malcolm: Chiefly on Prayer, Letter XXII). In Conversations with C. S. Lewis, Robert Velarde takes us on just such an imaginative journey with C. S. Lewis, not only to the fields of Lewis's boyhood, but throughout the major scenes of Lewis's unparalleled life. What C. S. Lewis fan hasn't longed, and dreamed of what it would be like, to actually sit down with Lewis and ask him questions about his life and thought? With this book Velarde momentarily quenches a thirst which most Lewis fans thought only a heavenly Lewisian conversation would ever satisfy.

However, that is not all. Conversations with C. S. Lewis is a creative apologetic unequaled since Peter Kreeft's Between Heaven and Hell was first published. This is a book eminently suitable for passing on to one's atheist, agnostic and seeking friends. If one wants to become acquainted with the basic outline of Lewis's life and thought or if one desires to explore in an entertaining fashion the greatest philosophical and theological questions of all time, reading Conversations with C. S. Lewis by Robert Velarde is an excellent place to start. However, let the reader beware: once you pick up this book and begin to read you won't want to put it down until you have walked with C. S. Lewis to the surprising end of this fascinating journey."

Will Vaus, author of Mere Theology: A Guide to the Thought of C. S. Lewis

"An engaging and imaginative fantasy journey through C. S. Lewis's life and thought that nicely blends two very different kinds of story lines: biographical vignettes and theological arguments. The result is a kind of mix of The Great Divorce, It's a Wonderful Life and A Christmas Carol. This book should be made into a movie."

Peter Kreeft, professor of philosophy, Boston College, and author of C. S. Lewis for the Third Millennium and Between Heaven and Hell

"Velarde is to be commended for both taking the reader on a delightful fantasy journey and providing a unique piece of Christian apologetics. The book deserves a wide readership."

. . .fun, interesting and insightful. You can learn a lot from this book, and you'll enjoy the process.

Velarde's [book] is not an academic book - though it is a scholarly and well-researched one - and could instead be described as a work of historical fantasy. Perhaps. It's also a work of creative biography, a riff on The Great Divorce and the Divine Comedy, and a highly practical introduction to Lewis' general philosophies disguised as a pleasant little novel.

In the vein of great books like Peter Kreeft's The Journey, Velarde's newest work presents believers and non-believers with an inspired trek through Lewis' personal theology who would like to understand some of Lewis' arguments for Christianity without feeling they are reading a textbook. A triumphant offering.

[A] creative apologetic unequaled since Peter Kreeft's Between Heaven and Hell was first published. This is a book eminently suitable for passing on to one's atheist, agnostic and seeking friends. Let the reader beware: once you pick up this book and begin to read you won't want to put it down until you have walked with C. S. Lewis to the surprising end of this fascinating journey.

1. Surprised by C. S. Lewis
2. We Visit Jack?s Childhood Home
3. Atheism and a Man I Can Relate To
4. Evil in the Trenches
5. Can Ideas Destroy Humanity?
6. Conversion on a Motorbike
7. A Mere Christian on the Air
8. Friends at the Pub
9. Mrs. Lewis and the Meaning of Grief
10. Devil in the Gray Town
11. Narnia and the World of Imagination
12. Immortality, Hell and the Great Story
Epilogue
Appendix A: Where Does Lewis Say That?
Appendix B: Who?s Who?
Bibliography
Acknowledgements
Name Index
Subject Index
About the Author

Downlad a Q & A with the author. 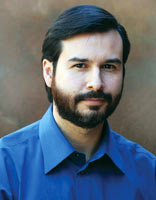 Robert Velarde is a writer and editor for Sonlight Curriculum. He is the author of The Heart of Narnia (NavPress, 2008), Inside the Screwtape Letters (Baker, forthcoming), The Power of Family Prayer (National Day of Prayer, 1999), The Lion, the Witch and the Bible (NavPress, 2005), and Examining Alternative Medicine (InterVarsity Press, 2001). A former editor for Focus on the Family, he received his MA in Religion from Southern Evangelical Seminary.