With its soaring affirmations and profound statements of salvation in Christ, Romans 8 is a high point in Pauline theology. But what does Paul mean when in 8:29 he speaks of being "conformed to the image of his Son"?

Remarkably, there has been little scholarly attention awarded to this Pauline statement of the goal of salvation. And yet in Christian piety, preaching, and theology, this is a treasured phrase. Surprisingly, its meaning has been variously and ambiguously expressed. Is it a moral or spiritual or sanctifying conformity to Christ, or to his suffering, or does it point to an eschatological transformation into radiant glory?

In Conformed to the Image of His Son, Haley Goranson Jacob probes and reopens a text perhaps too familiar and a meaning too often assumed. If conformity to the image of the Son is the goal of salvation, a proper understanding is paramount. Jacob points out that the key lies in the meaning of "glory" in Paul's biblical-theological perspective and in how he uses the language of glory in Romans. For this investigation of glory alone, her study would be valuable for the fresh understanding she brings to Paul's narrative of glory. But in introducing a new and compelling reading of Romans 8:29, this is a study that makes a strong bid to reorient our understanding of Paul's classic statement of the goal of salvation.

"The letters of Paul are notoriously complex. However exciting and stimulating the subject matter, there always seems to be more going on than meets the eye of the casual reader, even of the Christian reader used to hearing sermons and other expositions of well-known texts. It is therefore always worthwhile investigating even the most familiar passages to be sure they have yielded up their secrets. This is what Haley Jacob has done in this remarkable work, and the results are striking. If she is right—and I am convinced that she is—then the standard assumptions about a central Pauline passage will need to be revised. After a lifetime of study and teaching on Romans, I was not expecting to be confronted at my age with a fresh understanding of its central chapter, requiring a radical rethink of many familiar landmarks both exegetical and theological. But that is what Dr. Jacob has achieved. Not everyone will agree with all segments of her argument. But both in its parts and as a whole it has, to my mind, compelling force. I urge all students of Paul and of Romans to work carefully through the step-by-step presentation of the case."

"There are so many words in the Bible, like grace and gospel, that are commonly thought to be understood but which, upon closer analysis, are shaped too much by a lack of study. Enter glory. Enter Haley Jacob's examination of glory, and we inherit a study filled with careful analysis, theological sophistication, and practical insights. What is meant by 'conformed to the image of Christ' is now clarified and ready for pastoral and ecclesial exploration. I found this study judicious and insightful at every turn."

"What is conformity to Christ? Is it participation in him or glorification with him? Haley Jacob contends that Romans 8 presents a functional understanding of glorification as believers' sharing in Christ's benevolent messianic rule and thus in God's care for creation. Resolutely argued and consistently provocative, this significant book will challenge readers of Romans to look afresh at one of its most theologically important themes—and its implications for the life of the church."

"Haley Jacob has taken a text that everyone thought they understood (in one way or another) and has given it the treatment that it deserves. With her help we can see much more clearly how Romans 8:28-29 relates to Paul's larger argument in Romans (and elsewhere). And the result is revolutionary! The destiny Paul has in mind is not merely that of finding ourselves in a luminous splendor, but of the privilege of participating in and extending Christ's rule over all of creation. Jacob's argument should reshape the conversation about the goal of salvation as Paul understood it, and it has the power to reshape the way Christians live out their understanding of salvation in practical ways. Here we find a model of careful scholarship carried out in the service of the church."

"Haley Jacob presents a powerful and convincing argument that Paul portrays believers as participating in the Son's messianic rule over creation as adopted sons and daughters. What God intended for Adam has now been brought to completion in the Davidic Messiah's glorious reign over creation—an exalted and glorious reign in which Christ the King's people share. This is another noteworthy contribution to the recovery of Jewish messianism as a critical context for Paul's Christology and participatory soteriology!"

1. Introduction
1.1 Getting to This Point
1.2 A Few Notes on Methodology
1.3 Outline and Agenda for Each Section
Abbreviations

Images of Salvation in the New Testament 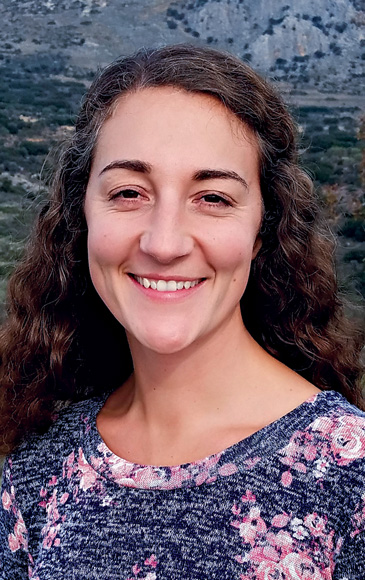 Haley Goranson Jacob (PhD, University of St Andrews) is an assistant professor of theology at Whitworth University in Spokane, Washington. She has published reviews in both Review of Biblical Literature and Theology. Before pursuing her doctorate, Haley spent her time traveling across the globe, visiting places such as Lithuania, Kyrgyzstan, Yellowstone, Cooke City, Scotland, Paris, and Germany.