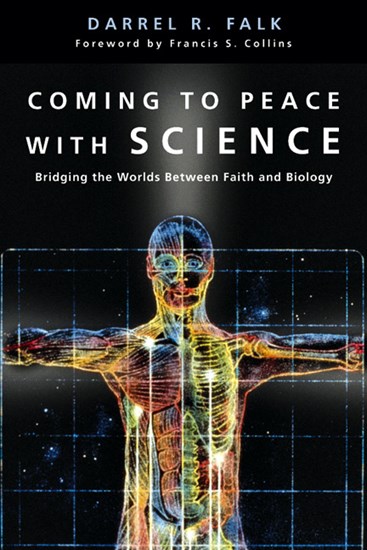 Is a thoroughly Christian and biblically informed doctrine of creation compatible with widely held conclusions of modern science, especially biology?

For Darrel R. Falk, this is not just an abstract question but one with which he has personally wrestled. A professor of biology, Falk brings together his biblically based understanding of creation and the most current research in biology. The result of his efforts to acknowledge the validity of science and the authority of Scripture is a new paradigm for relating the claims of science to the truths of Christianity.

Written with the undergraduate student in mind, this book nonetheless will help anyone who is looking for a place to stand in the creation-evolution debate, fearful that they'll have to choose between intellectual integrity and the faith of the church. Calling for charitable discussions within the church, Falk shows how an original and ongoing interaction of God with creation is fully reconcilable with the kinds of development identified by current biological science.

From the foreword by Francis S. Collins, M.D., Ph.D., Physician, Geneticist and Director of the National Human Genome Research Institute at the National Institutes of Health (NIH)

"Books on creation typically suggest that either God or the scientific community actively delude humankind. Falk's book offers a breath of fresh air to those who believe that the God of the Bible is the source of all truth. Passionate in his faith, certain that the Scriptures and science can stand careful scrutiny, Falk carefully integrates the evidence to build a picture of the loving creator-God. Needed for so long, this powerful book can intellectually and spiritually nourish the Christian community."

"Darrel Falk is a skilled educator and pastoral writer. Theologically sound, scientifically accurate, understandable at the high school and early college science level, this is a superb book for evangelicals and other Christians who want to learn about the history of life that God is revealing to us in the book of his creation."

"Coming to Peace with Science is a well-informed and very personal look at evolution by a biologist and committed evangelical Christian. It is written in an understandable and sensitive way that honors both the scientific vocation and the authority of scripture. The book is a refreshing contrast to much popular Christian writing on evolution. In it, Darrel Falk embraces and rejoices in both the biblical message and the history and processes of creation as revealed by scientific investigation. He also makes a strong and personal appeal for peace--not only between science and faith but also among committed believers who have come to different conclusions with regard to the creation's formational history."

Keith B. Miller, research assistant professor of geology at Kansas State University, fellow of the American Scientific Affiliation, and editor of Perspectives on an Evolving Creation

"Professor Falk's Coming to Peace with Science is the most informed, thoughtful and spiritually sensitive look at 'creation through the eyes of a biologist' that I have ever read. Falk knows firsthand just how hard it can be for an evangelical raised on the Bible to make peace with the theory of evolution. As a respected biologist who takes the Bible very seriously he knows, however, that this peace must be found. Coming to Peace with Science will be an effective bridge between science and religion for years to come."

"In this highly instructive book, Darrel Falk describes his intellectual and spiritual journey in reconciling Christian belief with biological evolution. It is important for the wider body of Christians, many of whom remain skeptical of biological evolution, to grapple with the arguments contained in this book. This book promises to start a real conversation about the role of evolution in relation to the Christian faith, a conversation in which all parties to the creation-evolution debate feel welcome to participate, speak their minds freely and can put forward their best efforts."

William A. Dembski, author of The Design Revolution
More

Foreword by Francis S. Collins
Preface
Acknowledgments
1. Science and Religion: Trying to Live in Two Worlds at Once
2. The Creation and Fall: Exploring the Meaning of Scripture
3. Putting Creation into a Time Frame
4. The Fossil Record
5. Beyond the Fossil Record: Looking at the Geographical Distribution of Life's Diversity
6. Tracing Lineage by Tracking Genes
7. Coming to Peace with Biology
Index