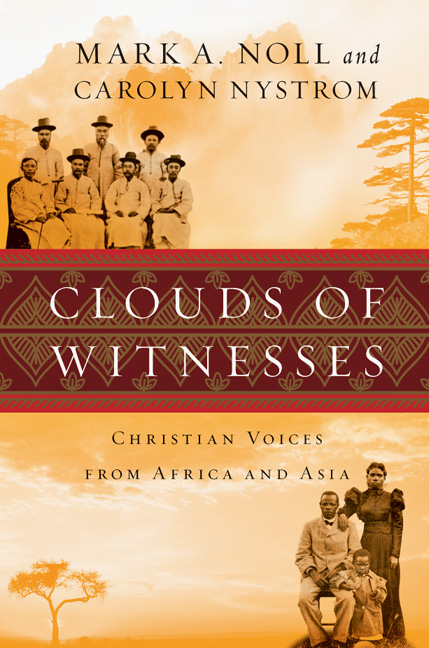 Christian Voices from Africa and Asia

by Mark A. Noll and Carolyn Nystrom

As Africa and Asia take their place as the new Christian heartlands, a new and robust company of saints is coming into view.

In seventeen inspiring narratives Mark Noll and Carolyn Nystrom introduce pivotal Christian leaders in Africa and Asia who had tenacious faith in the midst of deprivation, suffering and conflict. Spanning a century, from the 1880s to the 1980s, their stories demonstrate the vitality of the Christian faith in a diversity of contexts.

This kaleidoscopic witness to the power of the gospel will both inspire and educate. Whether for a class in global Christianity or for a personal journey to other times and places of faith, Clouds of Witnesses is a book that tugs at our curiosity and resists being laid down. An engaging traveling companion to Mark Noll's award-winning book The New Shape of World Christianity.

"A remarkable book helping us, through the lives of seventeen Christians from outside Europe and North America, to understand how the "center of gravity" in world Christianity has shifted from North to South; and from West to East. A novel way to help us change perspective."

"Most of us have heard of Christianity's monumental shift from global north to global south. But shifts are impersonal things. They don't breathe, evangelize, repent, worship or die for their faith. Only people do that. These seventeen snapshots of global Christian luminaries put a much-needed face on the rise of world Christianity. Each carefully drawn portrait brims with the insight, eloquence and deep learning which we have come to expect from Mark Noll and Carolyn Nystrom. Highly recommended."

Mark Shaw, director of the Center for World Christianity, Nairobi Evangelical Graduate School of Theology, and author of Global Awakening

"The book of Revelation reminds us that the company of the saints encompasses those from every nation, tribe, people and tongue, but too many volumes of modern Christian biography appear to restrict the saints to those of European descent. This rich collection of pen portraits corrects the imbalance and reminds us of the wonderful variety of the worldwide people of God--prophets, mystics, evangelists, political agitators, revivalists and martyrs are all here. This book will expand your horizons, instruct your mind and challenge the level of your spiritual commitment."

"Clouds of Witnesses powerfully portrays the lives, ministries and contributions of leading non-Western Christians in a diversity of contexts and Christian traditions. This unique collection provides a timely reminder that non-Western Christianities, now the dominant form of the faith, were forged in historical situations that are far removed from the purview of most Western Christians. It is compiled with keen sensitivity to the complex nuances of the historical record. The pivotal role of indigenous agency in the extraordinary expansion of Christianity in the non-Western world is fleshed out, but with ample reminders that the vital spark in many remarkable events was often ignited in the encounter between Western missionary agent and indigenous believer. Thus, the voices that speak in this volume speak to the whole church."

"The authors have shown again and again through the stories of these heroes that, with a few exceptions like Y. T. Wu (and they are indeed the exceptions), the old, old Story is still very much alive in ways that have long been forgotten by a beleaguered Christianity in the West. My hope is that their effort will help to rekindle confidence in the gospel as the power of God unto salvation."

"Here are seventeen disciples from Asia and Africa with hearts for their people and heads that grasp the big picture. Hear their voices."

"Few are unaware of Christianity's decline across old Christendom, its stasis in neo-Christendom and its astonishing post-colonial growth across much of the non-Western world. Nevertheless, the 'streetlight effect' evident in standard church histories means that we know scarcely anything about those men and women chiefly responsible for the most remarkable demographic surge in the history of the church. As a happy exception to that rule, this book reminds us that Christianity is a world religion, and provides Christians everywhere with cause to celebrate."

"Although Clouds of Witnesses represents serious historiography, these essays challenge any reader to faith, self-evaluation, and commitment. This book would be a wonderful study guide for any Bible class that desires to learn more about the shape of faith of those in other parts of the world. . . . A book such as this belongs on every believer's bookshelf. I commend it highly."

"This book is invaluable for Western Christians to become acquainted with the non-Western church. As the Western church has had its moments of peril and confusion as well as triumph and encouragement, so Clouds of Witnesses presents the non-Western church. When lack of sources has prevented full investigation, Noll and Nystrom adroitly present what can be discerned. Powerful stories of persecution and suffering by men and women of faith encourage readers to persevere in the face of adversity for the sake of the glory of God."

"Clouds of Witnesses is recommended as a rich source of illustrative historical material on a wide variety of current missiological issues and for anyone asking the question, 'What in the world is God doing?'"

"This is the sort of book that forces us to rethink how we teach the story of Christianity worldwide." 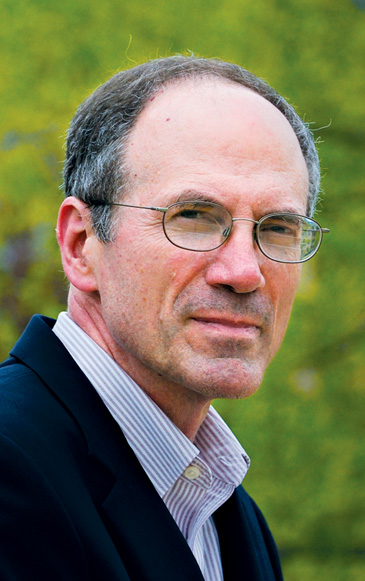 BY Mark A. Noll 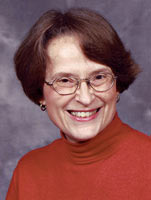 Carolyn Nystrom (MA, Wheaton College) has written more than eighty books, Bible study guides, and children's titles. She coauthored Praying with theologian J. I. Packer and Is the Reformation Over with scholar Mark Noll. She is also the author of the LifeGuide Bible Studies 1& 2 Peter and Jude, Money and Work, Friendship, Listening to God and more.

In addition to actively serving in her church, she has been a foster parent, an elementary schoolteacher, the stated clerk of her EPC presbytery, and a book editor. Carolyn lives in northern Illinois with her husband, and they have four grown children.