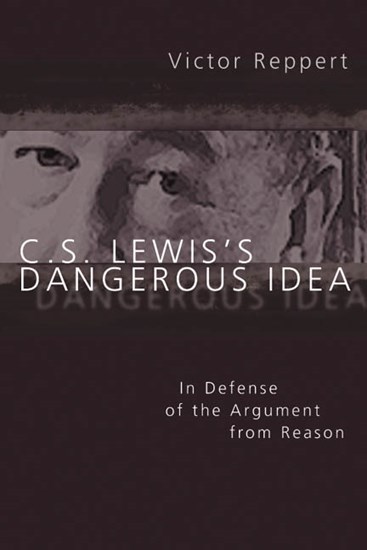 In Defense of the Argument from Reason

Darwinists attempt to use science to show that our world and its inhabitants can be fully explained as the product of a mindless, purposeless system of physics and chemistry. But Lewis claimed in his argument from reason that if such materialism or naturalism were true then scientific reasoning itself could not be trusted.

Victor Reppert believes that Lewis's arguments have been too often dismissed. In C. S. Lewis's Dangerous Idea Reppert offers careful, able development of Lewis's thought and demonstrates that the basic thrust of Lewis's argument from reason can bear up under the weight of the most serious philosophical attacks.

Charging dismissive critics, Christian and not, with ad hominem arguments, Reppert also revisits the debate and subsequent interaction between Lewis and the philosopher Elizabeth Anscombe. And addressing those who might be afflicted with philosophical snobbery, Reppert demonstrates that Lewis's powerful philosophical instincts perhaps ought to place him among those other thinkers who, by contemporary standards, were also amateurs: Socrates, Plato, Aristotle, Aquinas, Descartes, Spinoza, Locke and Hume.

But even more than this, Reppert's work exemplifies the truth that the greatness of Lewis's mind is best measured, not by his ability to do our thinking for us, but by his capacity to provide sound direction for taking our own thought further up and further in.

"Victor Reppert's book is a delight on two counts. First, it is a sophisticated and well-informed discussion of C. S. Lewis and his apologetic arguments, demolishing some well-known myths and demonstrating that Lewis had important and serious things to say as a philosopher. Second, and perhaps even more important, Reppert honors Lewis by developing and defending one of Lewis's central arguments against naturalism in a way that is both rigorous and readable, paying attention both to the objections raised against Lewis by Elisabeth Anscombe and to contemporary philosophical debates. This makes the book an important and original contribution to Christian apologetics in its own right."

"According to the standard account, chapter three of C. S. Lewis's Miracles, his argument against naturalism, is a philosophical embarrassment, a beguiling house of cards that collapses at the merest breath of rigorous critique. Victor Reppert, in C. S. Lewis's Dangerous Idea, certainly proves the standard account wrong. But he does more than that: he deepens and extends Lewis's argument against naturalism and makes an intellectually exciting and persuasive case of his own. Reppert's book is philosophical revisionism at its finest."

"One mark of a great apologist is that the apologist's central arguments are reappropriated and refined profitably by later thinkers. One mark of an outstanding Christian philosopher is the ability to do such work in a manner that meets the contemporary demands of philosophical argument. Victor Reppert has accomplished this in this clear, cogent and pertinent defense of the argument from reason. Consider it one more nail in the coffin of naturalism."

Reppert provides his readers a fresh, clear, and able exposition and defense of what he calls C. S. Lewis's dangerous idea: that a purely naturalistic account of the world cannot explain the reality of human rationality. A fine work. Well-written, the book glows with Reppert's engaging style and ability as an incisive thinker. This book represents a real advance in apologetics generally and Lewis scholarship specifically, and I highly recommend it to anyone interested in either.

. . .a fine work. Well-written, the book flows with engaging style. . .a real advance in apologetics generally and Lewis scholarship specifically.

Reppert (Ph. D., University of Illinois) is adjunct professor of philosophy at Glendale Community College in Glendale, Arizona. He is active in several C. S. Lewis societies, and he has written articles on Lewis's apologetics for such journals as The Christian Scholar's Review, Philosophia Christi and the International Journal for Philosophy of Religion.