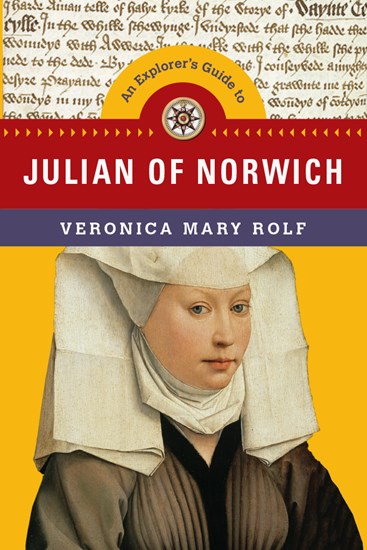 An Explorer's Guide to Julian of Norwich

Julian of Norwich's Revelations of Divine Love is truly an astounding work: an inspired example of Christian mysticism, a unique contribution to Christian theology, the first book in English known to have been written by a woman.

But it can also be a daunting work. Veronica Mary Rolf, who has been studying Julian's text for decades, serves as a trustworthy guide for readers willing to take up and read Julian's work.

Rolf not only sets Julian's life and text in its fourteenth-century context, but she also sheds light on each of Julian's sixteen revelations. She then digs deeper into Julian's theological themes, including her innovative mystical theology of the "motherhood of God," and she offers a chapter on developing a retreat based on Julian's work. Throughout, Rolf takes a deeply contemplative approach to Julian, illuminating our understanding of this extraordinary woman, her enduring work, and the revelation that "all shall be well."

"Rolf plumbs Julian's spiritual audacity in this must-read for those interested in medieval Christianity and literature."

"The grand and optimistic vision of Lady Julian is fully presented and profoundly supported in this excellent guide by Veronica Mary Rolf. I have been fed for many years by Julian, but this is a new and generous feeding. It can serve as a first-time introduction to this marvelous mystic or a fifth-time deeper journey."

"Rolf’s work is more than an informative guide by an expert in Julian scholarship. The reader begins to feel the heartbeat of this great mystic as the author works around key texts and highlights choice quotations. This could only have come from someone who is intimately acquainted with her. Whether one is a first-time or seasoned explorer, this book will not disappoint."

"Veronica Mary Rolf skillfully reveals the historical significance and contemporary relevance of Julian of Norwich. In our renewed interest in the writings of Christian spirituality, Lady Julian can instruct us in the centrality of the Trinity, the nature of sin and grace, God’s providence, and suffering and prayer. Rolf serves as a wise and gentle guide to illuminate both first time and seasoned readers. This book is deeply learned and highly practical."

"Taking on the role of tour guide, Veronica Mary Rolf leads us on an engaging, vivid, and historically rich journey with Julian of Norwich. A figure both familiar and mystifying, Julian comes into view with gentle clarity through Rolf's accessible and deeply researched voice. I highly recommend this book to spiritual seekers, retreat leaders, and scholars alike."

"With an encyclopedic knowledge unfolded with the lightest of touches in a beautiful, soigné text, Veronica Mary Rolf enables us to travel back in time and vividly inhabit Julian’s fourteenth-century Norwich as well as her remarkable life and writings. Rolf’s guide is so brilliant that when we reluctantly return to our equally troubled twenty-first century, Julian travels with us and intimately inhabits and transforms our world and outlook. Stunning, unforgettable, and life changing."

David Wilbourne, honorary assistant bishop in the Diocese of York

"Julian of Norwich is an underappreciated gem—she belongs alongside Augustine and Aquinas as one of the greatest of Christian spiritual guides. Thanks to Veronica Mary Rolf, the life and teachings of this great mystic are more accessible than ever. An Explorer’s Guide to Julian of Norwich offers a clear and insightful introduction to Julian, one of the treasures of our faith."

"Julian of Norwich is among the most radiant of Christian mystics. The radiance is all the brighter for Julian's frankness in questioning the darkness she experienced in her culture and in herself in a deeply troubled time. The unequivocal and insatiable love of God for all his creatures rings in her words throughout her book. Veronica Mary Rolf is a scholar with a deep heart that probes the mysteries Julian probes and uses her historical and textual research to shed clarity and light on Julian's teaching that speaks to our own time with increasing urgency."

"Those of us who have been living with Julian's writings for a number of decades have good cause to be deeply grateful for the work of Veronica Mary Rolf. . . . An Explorer's Guide to Julian of Norwich contextualizes Revelations of Divine Love succinctly yet by no means superficially. The author has a happy gift of knowing her readers' questions before they are asked; she is a trustworthy and profoundly reliable guide. She illuminates God's revelations to Julian and then digs more deeply into Julian's central themes. Her book closes with a chapter on developing a retreat centered on Julian's writings."

"IVP's Explorer's Guides aim to deliver serious yet approachable works of non-evangelical thinkers to mainstream audiences. Rolf's book is no exception, but it will be welcomed by anyone curious about Julian of Norwich and mystical theology."

"The reader desiring to navigate Julian's text for the first time, to seek God's presence through it, and to engage the challenges and biggest questions of a life of faith will find in Rolf a knowledgeable, personable, inspiring, and faithful guide."

"Author and scholar Veronica Mary Rolf delights in her subject, Julian of Norwich, the medieval mystic who was an anchoress enclosed for 25 years. Rolf's just published book, An Explorer's Guide to Julian of Norwich, brings us into the world of a woman who counsels us not just to love God, but 'to clothe ourselves in the love of God.'"

A Note on Citations
Preface

Part I: Getting to Know Julian of Norwich
1. Why Julian Now?
2. Who Was Julian?
3. Intriguing Questions About Julian
4. A Brief History of Julian's Texts
5. Glossary of Julian’s Terms

★ An Explorer's Guide to Julian of Norwich has received a starred review in the highly-respected book industry magazine Publishers Weekly. Read the full starred review here. 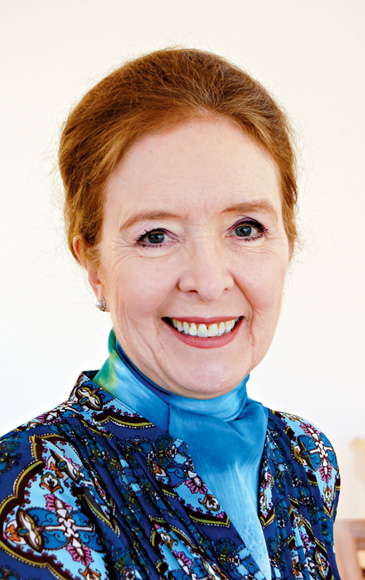 Veronica Mary Rolf is an independent scholar of medieval studies, educated at Columbia University; an academic lecturer; a professional playwright; and a master teacher of dramatic arts in New York, London, Buenos Aires, and Berkeley. She is the author of the award-winning Julian's Gospel: Illuminating the Life & Revelations of Julian of Norwich.