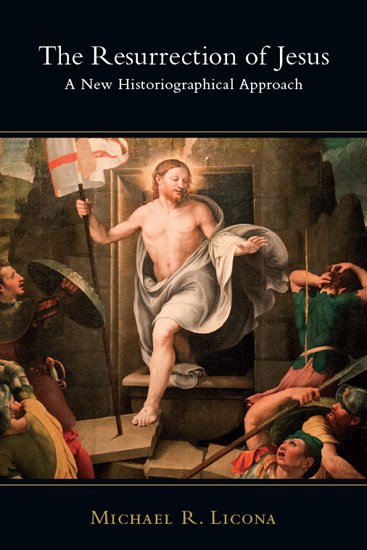 The Resurrection of Jesus

The question of the historicity of Jesus' resurrection has been repeatedly probed, investigated and debated. And the results have varied widely. Perhaps some now regard this issue as the burned-over district of New Testament scholarship. Could there be any new and promising approach to this problem?

Yes, answers Michael Licona. And he convincingly points us to a significant deficiency in approaching this question: our historiographical orientation and practice. So he opens this study with an extensive consideration of historiography and the particular problem of investigating claims of miracles. This alone is a valuable contribution.

But then Licona carefully applies his principles and methods to the question of Jesus' resurrection. In addition to determining and working from the most reliable sources and bedrock historical evidence, Licona critically weighs other prominent hypotheses. His own argument is a challenging and closely argued case for the historicity of the resurrection of Jesus, the Christ. Any future approaches to dealing with this "prize puzzle" of New Testament study will need to be routed through The Resurrection of Jesus.

"Michael Licona's thorough study of beliefs in Jesus' resurrection is to be recommended, since it is informed of the social sciences, ancient data, . . . attends to the New Testament witnesses and engages most of the recent discussions. He rightly argues that the early Christians did not interpret Jesus' resurrection in a metaphorical or poetic sense to the exclusion of a literal event that had occurred to his corpse."

"At first glance this book is very provocative even for a theologian who is convinced that the Easter faith is based on an authentic encounter with God. But at second glance I became aware that Michael Licona is not dealing with the 'resurrection faith' but more modestly with the 'resurrection hypothesis'--in other words, with those aspects of the resurrection faith that are accessible to historical arguments. It is fascinating to follow his arguments step by step in his investigation of the resurrection of Jesus as a unique event in history. I once learned that historiography is limited to events with analogies, immanent causality and sources that must be criticized. These are, according to Ernst Troeltsch, the great theologian and philosopher of historicism, the three principles of modern historical research. Must we revise these principles? Must we reformulate them? Perhaps! In any case, it is refreshing to be confronted with quite another approach that evaluates carefully the historical data, discusses respectfully the arguments of opponents and demonstrates a humility concerning the results, claiming only historical degrees of plausibility for its own hypothesis. Many arguments are valuable also for readers who do not agree. It is a necessary book, and I recommend it to all who are interested in a responsible way to interpret the Bible and the Christian faith."

"With impressive erudition, Licona marshals all possible evidence of Jesus' resurrection and considers its significance in a careful, methodical way. He then compares several alternative explanations of the disciples' faith in the resurrection, judging them according to important criteria, and concludes that Jesus' bodily resurrection provides the best explanation of their conviction, and so is worthy of belief. This is an astonishing achievement and a major contribution to the ongoing debate. It is clearly written and full of fresh insights and arguments that will enrich discussion for years to come."

C. Behan McCullagh, author of The Logic of History

"Licona has tackled his subject energetically, with near-obsessive thoroughness. He concludes that if one approaches the sources without an a priori commitment to the impossibility of resurrection, the 'Resurrection Hypothesis' is the interpretation that most adequately accounts for the evidence. Thus, the book boldly challenges the naturalistic presuppositions of post-Enlightenment historical criticism. At the very least, Licona has shown that the usual naturalistic explanations of the resurrection tradition are, on the whole, weak, speculative and often tendentious. "I am not aware of any scholar who has previously offered such a thorough and fair-minded account of the historiographical prolegomena to the resurrection question. Furthermore, Licona's discussion of the 'bedrock' historical evidence is appropriately nuanced and carefully modulated, not claiming more than can be supported by the consensus findings of qualified scholars. This lends credibility to his conclusions. Licona has presented a fair and vigorous case for his position. No doubt many readers will be unconvinced by his arguments, but no one can accuse him of naiveté or of ignoring counterarguments. "This study spans fields that are too rarely brought into conversation: New Testament studies and historiographical theory. Licona is to be commended for this undertaking and for producing a study that has both wide range and significant depth."

"No episode in the life of anyone in history is more important than the resurrection of Jesus of Nazareth. Vehemently denied or vigorously defended, it has intrigued the world for twenty centuries. A host of scholars have addressed the phenomenon, so what more could be said? In The Resurrection of Jesus, Michael Licona tells us indeed. In brilliant detail, he begins with the anomaly that I, as an ancient historian, have noted for years: that secular historians often have a much higher regard for the New Testament as source material than do many theologians and scholars of religion. The latter tend to overlay their research with preconceived and hopelessly subjective opinions, often ignoring the basic rules of historiography. Licona corrects all this in showing how the research and writing of history ought to be done objectively, especially in dealing with Jesus. I warmly commend this book to all who want to know if the resurrection of Jesus really happened."

"The most important event in the story of Christian beginnings is the resurrection of Jesus of Nazareth, who was widely believed by his followers to be the Messiah of Israel and the very Son of God. Their conviction that Jesus was such a being was confirmed by the resurrection. Without the resurrection of Jesus there really are no grounds for Christian faith. Consequently, there is no topic more important than this one and this is why Michael Licona's book on the resurrection of Jesus is so welcome. Licona demonstrates expertise in every field that is germane to the question. He knows the philosophical arguments inside and out, as well as the relevant historical, biblical, cultural and archaeological data. This is the book for believers and skeptics alike."

"Treatments of the resurrection from various angles have become fairly common in recent years, though careful assessments are rare. But efforts that place the resurrection of Jesus against the meticulous backdrop of historiographical principles are perhaps the rarest of all. The brilliance of Mike Licona's approach is his attempt to look far beyond his own discipline of New Testament studies in an effort to develop a rigorous method by which he could analyze and evaluate a historical claim such as the resurrection. His approach is original, and accompanied by painstaking honesty regarding the prospects of arriving at the best answer on this matter. Those who take the time to work through the various conclusions will, in my opinion, be rewarded by a cautious, thorough and painstaking study that could scarcely be outdone. I can vouch for the extent of Mike's gut-wrenching level of soul-searching before and during this time of study, and can attest that it was a real effort to come to grips with a final conclusion, wherever that might lead. There is no question that the reader is the one who will benefit from this process. This is simply required reading for anyone who wants to master this subject."

"What Licona calls a new historiographical approach is nothing of the sort. Rather, it is an old, time-honored approach still found among the great majority of historians. What is new is the application of genuine, rigorous historical investigation--methods and theories as defined by professional historians, not biblical scholars--to the question of whether Jesus was raised from the dead. He leaves no stone unturned in his examination of the evidence, and engages those with different views fairly yet with a tour de force that unmasks their lack of explanatory adequacy concerning the resurrection. "The book is clear and logical, written in an irenic, respectful tone, yet with passion, self-criticism and an engaging style. In short, Licona models what a true historian should do as he investigates the evidence for Jesus' resurrection. He has succeeded in making a compelling case with which all biblical scholars, as well as any who are concerned with whether Jesus was raised from the dead, must wrestle. When it comes to the resurrection of Jesus, the metanarrative of our lives hangs in the balance. But that metanarrative goes beyond what Licona has presented. An unbiased reader (if there were such a thing!) will have to work out the implications for him- or herself."

"This rich volume is not only a storehouse of valuable information pertinent to the historical credibility of the resurrection of Jesus, but also an important contribution to the discussion of the historiographical problems raised by the investigation of so singular an event. Licona rejects the pessimism that characterizes many historical Jesus scholars with respect to a resolution of these problems. He explodes the myth of a postmodern historiography while recognizing the ineluctability of personal horizons. As a friend of Mike Licona, I know how mightily and honestly he wrestled with the issue of his own horizons in tackling the question of Jesus' resurrection. The result is as objective an assessment of the evidence as one might reasonably demand."

"This book is the most thorough treatment on the resurrection and historiography to date, useful also to those studying the intersections of philosophy of science, history and theology. Drawing masterfully from a wide range of disciplines, Licona builds a coherent case showing that the best explanation for our evidence involves Jesus' historical resurrection. Licona's research also makes clear that the frequent skepticism about this claim in much of the academy reflects not serious historiographic consideration but the mere inheritance of outdated philosophic assumptions."

"The resurrection of Jesus is—in many ways—too important a topic to be left to theologians! In this thoroughly researched and well-argued volume, Mike Licona brings the latest in discussion of historiography to bear on the question of Jesus' resurrection. In a discipline that is often overwhelmed by theological special-pleading, it is refreshing to have this sober and sensible approach to the resurrection that evaluates the historical data and the arguments of many of the scholars writing on the subject. There are few biblical scholars who will not learn something from this important book."

". . . [R]eaders of this well-written, well-documented book will find that both the process used and the issues covered are fascinating."

"Licona develops a surprisingly fresh and rigorous historiographical approach analysing data and interpretations from the eighth century BC up to the third century AD."

"For any reader [Licona] will be a most thorough, thoughtful, and courteous companion on his book's long journey through it's important and contested terrain."

2. The Historian and Miracles

3. Historical Sources Pertaining to the Resurrection of Jesus

4. The Historical Bedrock Pertaining to the Fate of Jesus

Appendix A: A Review of Dale Allison on the Resurrection of Jesus
Bibliography
Author Index
Subject Index
Scripture Index

View or download a PDF of the complete table of contents with sub-section detail. 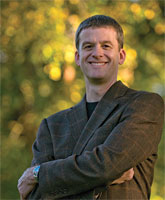 Michael R. Licona (Ph.D., University of Pretoria) is associate professor in theology at Houston Baptist University. He is the author of Paul Meets Muhammad (Baker, 2006) and coauthor with Gary Habermas of the award-winning book The Case for the Resurrection of Jesus (Kregel, 2004). Licona is a member of the Evangelical Philosophical Society, the Institute for Biblical Research, and the Society of Biblical Literature. He is also a frequent speaker on university campuses and at churches, and has appeared on dozens of radio and television programs.