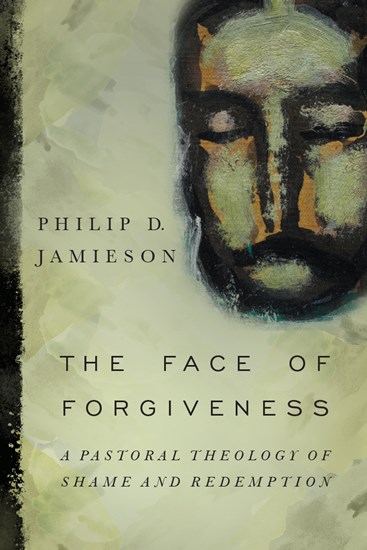 The Face of Forgiveness

A Pastoral Theology of Shame and Redemption

Jesus tells Peter to forgive "not seven times, but seventy-seven times" (Matt 18:22), and the atoning work of Christ is at the center of Christian thought. Yet many followers of Christ often struggle with offering or receiving forgiveness.

The Face of Forgiveness seeks to address this dilemma and present a way forward. Utilizing contemporary distinctions between shame and guilt, Philip Jamieson shows how traditional Western atonement models have frequently failed to deal adequately with the full extent of Christ's victory. Jesus Christ has answered the problem of both human guilt and shame. It is only in facing Christ that we find our sins forgiven and receive a new identity. The author concludes by offering several strategies to aid Christians in understanding and appropriating the fullness of God's loving and forgiving work.

"Philip Jamieson has written a very important book. Here is pastoral theology built on the ministry of the triune God of grace as understood within the ecumenical sweep of classical theology. In particular, here is pastoral theology in close dialogue with the atonement developed in trinitarian and incarnational terms. Jamieson recasts the work of pastoral care as helping each other face Christ who is God's assurance of God's love for us. The issue all along—shame—has been fear of the loss of love. With this book Jamieson stakes out a bold claim for pastoral theology as theology, and as such, thankfully, can attest to the redemption of shame as we behold ourselves in the eyes of Christ."

"In this fine little book, Jamieson offers a Christ-centered reframing of forgiveness that shows how shame exceeds guilt as humanity's worst predicament before God and one another, and how the face of Christ provides the best therapeutic remedy. A good example of both pastoral theology and Christian psychology, the work strongly reflects a scripturally-driven agenda and the author's Christian theological tradition, both of which shape how contemporary psychology is skillfully interpreted and appropriated, while noting its worldview biases and limitations. Highly recommended."

"Philip D. Jamieson's work The Face of Forgiveness is a wise and winsome account of a theme often neglected in pastoral care and theology. Jamieson contends that it is not simply sin and guilt that tears at human hearts and minds. Shame is just as destructive, for it pierces who we are. This book is theologically rich, pastorally insightful and carefully written. At the heart of the book, scholars and pastors will find a deep trinitarian account of how Christ's incarnation, crucifixion, resurrection and ascension heal human shame. Jamieson's profound and compelling work is pastoral theology at its best, drawn from a deep well of scholarship and wide-ranging pastoral practice."

"Phil Jamieson's The Face of Forgiveness offers a helpful theological distinction between guilt and shame. Jamieson effectively unveils some of the limitations of our therapeutic methods in dealing with the reality of our sin and brokenness and redirects us through a trinitarian perspective to a more wholistic model of healing. In particular, his description of atonement theories and exegesis of the cross is refreshing in giving substantive and spiritual impetus to the pastoral task of reconciliation. This book contains the necessary blend of prophetic and pastoral guidance to challenge and deepen our faith practice in the gospel work of redemptive healing."

"Jamieson joins others in noting that society is abandoning talk of sin. Rather than only pointing the finger outward he explores how Christian theology itself has contributed to this loss. He engagingly weaves together input from social science, theological reflection and pastoral application. Connecting the cross to shame is imperative in our context today. This book is a good place to start or a means of adding new insights to an atonement theology that addresses shame."

"Fleming Rutledge tells of a friend in her neighborhood who stayed away from church because she 'would have to look up at that big cross they have behind the altar with that figure of Christ hanging on it. It would upset me terribly' (Bread and Wine). Philip Jamieson hits the nail precisely on the head of this scandal of the cross that provoked such shame and outrage in the first centuries of Christianity in Greco-Roman culture. Jamieson sketches a convincing, gripping picture of contemporary American culture, which is riddled with and crippled by what he describes as the Kingdom of Shame—a society that yet remains clueless to this dominion of misery that undergirds and attends humanity's alienation from God and fellow human beings. As it turns out, Rutledge could never persuade her friend to identify the shame she felt looking at the public execution of Jesus with her own failings, weaknesses, or flaws, or dare she add, her own shame! In Jamieson's beautifully woven tapestry of God's redemption of human shame and shamelessness, this pastoral theologian shows the church how to recapture the scandal of the cross by reclaiming the face of the crucified Christ—bearing and breaking under the weight of all of humanity's shame-filled behavior, yet never turning away from the sunken faces of their godforsakenness in his solidarity with them. God was in Christ being shamed to death for humanity's sake. To look up and gaze upon this face is to become transformed by the love that not even the rupture of godforsakenness within the relations of Father–Son–Holy Spirit could finally overcome. Jamieson's The Face of Forgiveness is a godsend to a church desperately in need of the forgiving grace of this saving face!"

"The Face of Forgiveness is a beautifully conceived and engagingly written book that, although firmly rooted in Protestant theological tradition, offers much food for thought and reflection to Catholic theologians. Highly recommended for seminary and academic libraries collecting material in theology and ministry."

Acknowledgments
1. Whatever Happened to the Forgiveness of Sins?
2. Covering Our Nakedness: Healing through Therapy
3. Guilt and Shame
4. Opened Eyes and Downturned Faces
5. The Shame of the Cross
6. "As One from Whom Others Hide Their Faces . . ."
7. Living Before Christ's Face
Epilogue: Answer to Jane
Notes
Bibliography
General Index
Scripture Index 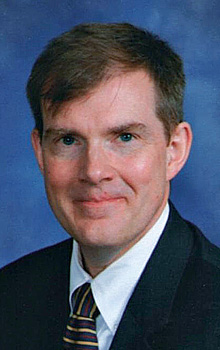 Philip D. Jamieson (PhD, Boston College) is president of the United Methodist Foundation for the Memphis and Tennessee Annual Conferences. He is coauthor of Ministry and Money with Janet Jamieson. He is an ordained elder in the United Methodist Church and formerly taught pastoral theology at the University of Dubuque Theological Seminary.