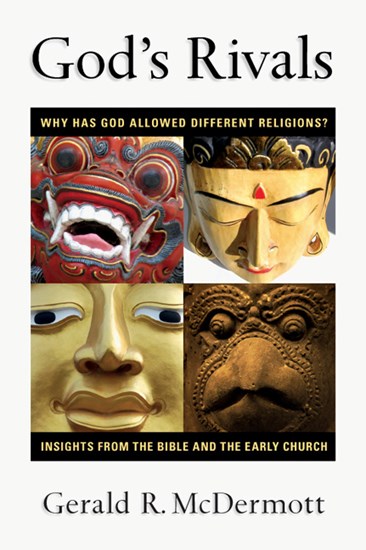 Why Has God Allowed Different Religions? Insights from the Bible and the Early Church

In the providence of God, why are there other religions? Was the God of the Bible wise in allowing for them? Can they serve any purpose?

Gerald R. McDermott explores reflection on teaching from the Old and New Testaments and from a number of key teachers from the early church to suggest an answer to this perplexing but intriguing question. In the end McDermott provides considerable insight into the troubling clash of world religions and offers a helpful Christian response.

"Gerald McDermott's God's Rivals makes a substantive contribution toward a Christian theology of religions. His appeal to the patristic use of the New Testament's category of 'powers and principalities' is exemplary retrieval from our own tradition to address a contemporary issue. The result is a proposal that guards Christ's primacy while it espouses charity and sensitivity. I commend the book both for classes and for scholars in the field."

"God's Rivals brings vividly to life religions and divine providence at work in our world, as explored and debated in the Bible and early church. McDermott compellingly brings home to us the importance of taking gods and goddesses very seriously; we are engaged in a continuing drama of divine action in our midst, and must be on watch to avoid reducing it to vague concepts and placid words. Whether we agree or not with McDermott's conclusions on today's religions, we must be grateful to him for reminding us so clearly what is at stake."

"While in recent years the theology of religions has risen to the center of theological reflection and there is a steady flow of publications on various aspects of the topic, McDermott is writing about an issue so crucial that it can be easily missed, namely, Why has God allowed religions? This is the first major work on the topic essential to all interested in the relation of Christian faith to other faiths. Building on a careful scrutiny of biblical and some patristic sources, McDermott has produced an intriguing book meant not only for specialists but for everyone wanting to know more about religion's role in a Christian perspective."

"God's Rivals continues Gerry McDermott's fascinating exploration of the theology of religions in his characteristic style: erudition without ostentation, courage balanced with prudence, and faithfulness to tradition tethering an eagerness to explore. This is a significant book that will alter the conversation."

"God's Rivals presents in engaging, lucid style considerable biblical and historical information unfamiliar to most evangelicals. McDermott helps believers see how they can interact significantly with people in other religious systems."

". . .highly recommended for students and Christian leaders and should be required reading for missionaries and evangelists."

"Every chapter starts with a short summarizing view on the chapter's topic or main protagonist; afterward, step by step, he describes the most important things to know, starting with an interesting example or invented dialogue that easily catches the reader's attention and offers him exciting access to the topic."

". . .a timely, readable book dealing fruitfully with an issue of increasingly critical importance."

". . . A timely, readable book detailing fruitfully with an issue of increasingly critical importance."

"It is this perennial--and perennially controversial--question that McDermott?s new book, God?s Rivals, addresses with the same winsomeness and user-friendly clarity that made the earlier book [Can Evangelicals Learn from World Religions?] a success."

"This is a fascinating summary and examination og the origin of world religions and how the Bible and the early church fathers perceived them. God?s Rivals provides helpful perspective on sharing Christ?s primacy with clarity and sensitivity."

1. The Scandal of Particularity: Why Has the True God Come to Only Some People at Some Times?
2. Not Even in Israel Have I Found Such Faith: Surprising Knowledge of God Among Bible People Outside Israel and the Church
3. The Lord of Hosts: The Old Testament and the Real Existence of Other Gods
4. Principalities and Powers: The New Testament on Other Real Supernatural Powers Besides God
5. Seeds of the Word: Justin Martyr on Seeds of the Word in Other Religions
6. Divine Pedagogy: Irenaeus Explains How God Uses the Religions
7. A Divine Gift to the Greeks: Clement of Alexandria and the Gentile Covenants
8. Diverse Destinies by Diverse Choices: Origen's Warnings About Other Religions
9. What Are the Religions? And Why Are They There?: Collecting the Strands

Can Evangelicals Learn from World Religions? 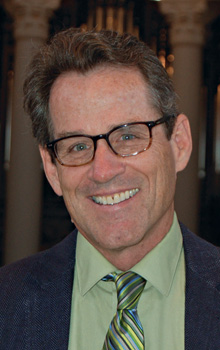 Gerald R. McDermott (PhD, University of Iowa) is Anglican Chair of Divinity at Beeson Divinity School in Birmingham, Alabama. He is also associate pastor at Christ the King Anglican Church. His books include The Other Jonathan Edwards: Readings in Love, Society, and Justice (with Ronald Story), The Theology of Jonathan Edwards (with Michael McClymond), A Trinitarian Theology of Religions (with Harold Netland), Cancer: A Medical and Spiritual Guide (with William Fintel, MD), Jonathan Edwards Confronts the Gods, and World Religions: An Indispensable Guide.