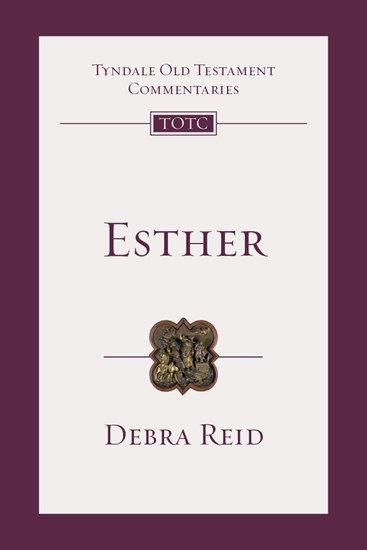 The place: Persia. The time: fifth-century BC. The Jews were threatened with genocide. A decree ordered the extermination of young and old, women and children. The book of Esther describes how this crisis was averted through the bravery of Esther, the wisdom of Mordecai and the unity of the Jewish people. Debra Reid's approachable commentary helps us see even more clearly in the book of Esther the God who quietly --and sometimes unexpectedly-- works behind the scenes to order the events of our lives.

This completely new volume replaces the previous editon of Esther in the Tyndale Commentary series written by Joyce Baldwin.

"An accessible and thought-provoking reference work."

"[Reid] successfully offers her an integrated reading of the Esther story without delving into in-depth scholarly debates, while preserving a good sense of accuracy in interpretation."

S. Tatu, Journal for the Study of the Old Testament, 2009

The Message of Esther

Debra Reid is director of open learning at Spurgeon’s College, London. She is the author of Ruth and Esther and Psalms 73-150 in the Crossway Bible Guides, a contributor to several reference works, and has been involved in the publication of a variety of Bible editions and new translations.