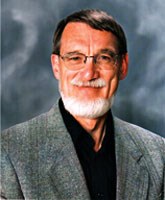 Elmer John Thiessen recently moved to Waterloo, Ontario, after retiring from teaching philosophy and religious studies at Medicine Hat College in Alberta for over thirty-five years. His official position now is that of a "roving philosopher," open to short-term teaching and research positions anywhere in the world. He is presently Research Professor of Education at Tyndale University College in Toronto. Thiessen received a BTh from the Mennonite Brethren Bible College in Winnipeg, a BA from the University of Saskatchewan with a major in physics and philosophy, and an MA in philosophy from McMaster University, after which he spent a year of study overseas in Germany. He received his PhD from the University of Waterloo in 1980, writing his dissertation on the problem of indoctrination. Other teaching posts have included Waterloo Lutheran University early on in his teaching career, and more recently, one semester at Lithuania Christian College, and one semester at the Evangelische Theologische Faculteit in Leuven, Belgium. He has been a research reader/scholar/fellow during his four sabbaticals, at Mansfield College, Oxford, England; Stapleford Education Centre in England; and more recently the Centre for the Study of Religion, University of Toronto, and the Centre for Studies in Religion and Society at the University of Victoria. He has published numerous articles and book reviews, both in professional journals and religious magazines. His research specialty has been the philosophy of education, a topic on which he has published two books, Teaching for Commitment and In Defence of Religious Schools and Colleges (McGill-Queen's University Press, 1993 and 2001). Thiessen is a member of the Waterloo North Mennonite Church in Waterloo. While in Medicine Hat, he was a member of the Crestwood M.B. Church, serving the church in a variety of capacities including moderator, lay-minister and Sunday school teacher. He has also served as a board member of Concord College, and has given seminars and sermons in various churches and Christian colleges across Canada. Most recently, he served two years as a member of the Community Editorial Board of The Waterloo Region Record. 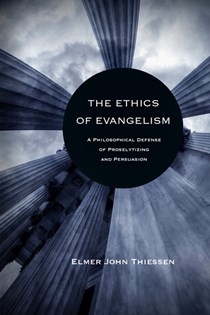