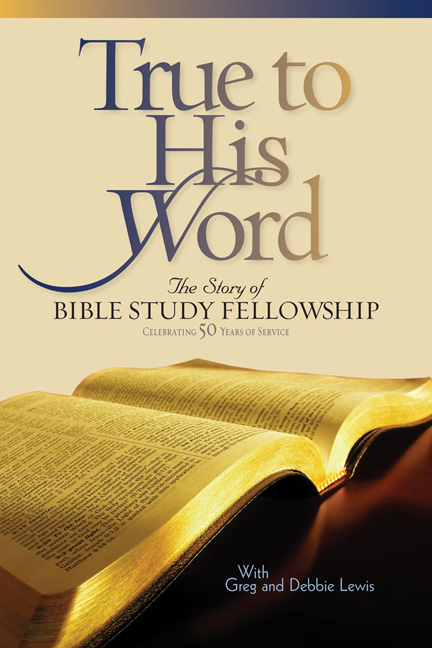 True to His Word

This gripping history of Bible Study Fellowship (BSF) begins at a dead end--when an unknown, single, middle-aged, British-woman Missionary, was forced to flee China when Communists moved in. Grieving the heart-breaking conclusion of what she'd believed was her life-long calling, Wetherell Johnson's journey home to England collided with a Divine appointment when five California women asked her to teach them more about the Bible.

She agreed and that Bible study with five women grew into an organization which exploded into a movement that now ministers to hundreds of thousands of students every week and has impacted the lives of millions of people in countries around the world including the Republic of China. Told through a big family photo album pasted together and held in place with a fascinating narrative thread, God's faithfulness through His plans, will touch your heart and renew your passion for His Word.

Gregg Lewis is an award winning author or coauthor of more than fifty books, including the NY Times bestseller, Tom Landry: An Autobiography. Gregg and his wife Deborah have been married for more than thirty-seven years and have five adult children. They currently write and live in Georgia.

Deborah Shaw Lewis is the author or coauthor of eighteen books including Motherhood Stress, the New York Times bestseller Seven From Heaven and Mother in the Middle. Debi is also and educator and speaker on motherhood and family issues, and holds a Masters degree in early childhood development.