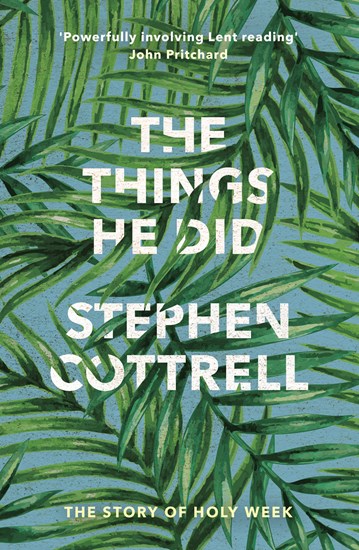 The Things He Did

The Story of Holy Week

In one extraordinary week, Jesus rides a colt into Jerusalem. He shows righteous rage in the temple. He eats with the wrong sort of people. He lets a woman anoint him with oil. He washes his disciples' feet. He breaks bread and shares wine. He prays passionately in the garden. He allows himself to be arrested.

Jesus stands in the prophetic tradition of those who embody what they teach. The things he did were carefully planned. And in this riveting book, Stephen Cottrell draws out their political and religious significance as Jesus moves toward his greatest and final act—his death and resurrection.

The Art of Lent

The Seven Prayers of Jesus

Songs of the Spirit