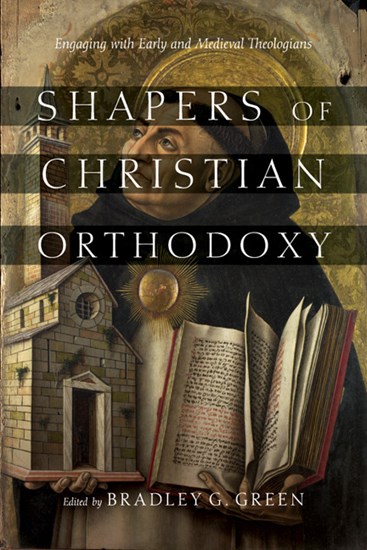 Engaging with Early and Medieval Theologians

The best of evangelical theology has always paid attention to the key thinkers, issues and doctrinal developments in the history of the church. What God has done in the past is key to understanding who we are and how we are to live.

The purpose of this volume is threefold: to introduce a selection of key early and medieval theologians, to strengthen the faith of evangelical Christians by helping them to understand the riches of the church's theological reflection, and to help them learn how to think theologically.

These essays offer insightful analysis of and commentary on eight key theologians, from Irenaeus to Aquinas, along with critical assessment of how evangelicals should view and appropriate the insights of these thinkers. The intention of the contributors is to, as Augustine says, cultivate minds "fired by the grace of our creator and savior" so that we might think well and rightly about our good and great God and live in his light.

"For those evangelicals who are seeking to advance their understanding of how Christianity evolved before the Reformation, this collection of essays offers the means of doing so. The reader will see clearly how Protestantism, indebted to its predecessors, is part of a larger and older continuum of faith."

"This is a superb collection of essays on the greatest theologians of the Great Tradition during the first thirteen centuries of church history. It is encouraging to see such fresh and creative engagement with the development of Christian doctrine seen through the prism of its major shapers. Highly recommended!"

"Every student of Christian truth should be aware of the doctrinal contribution of each of the persons treated in this volume. The authors, experts in their field of contribution, have given substantial treatment to the thought of each individual, highlighting their major and enduring contribution to Christian thought, but including their thinking on a wide spectrum of subjects. Brad Green's editorial conception of how each chapter should progress and the overall contribution it should make to the whole makes this an eminently useful book as a text. But its textbook quality does not mean that it is not just as desirable for pleasure reading. The combination of explanatory narrative, interaction with other scholars and primary source references creates both relevance and credibility for an important discussion of vital foundational issues in the history of Christian doctrine."

"One of the most encouraging developments in evangelical theology over the last few years has been the increasing awareness among its theologians of the fact that the roots of much evangelical belief predate the Reformation. Yet it remains the case that there are few entry-level guides to the great thinkers of the early and medieval church which are specifically designed to help evangelicals come to a better understanding of the origins of their thinking. For this reason, this collection of essays is most welcome, as it not only provides the reader with helpful introductions to the thought of key theologians but also opens up avenues of further exploration for those interested in probing deeper into the great resources of the wider Christian tradition."

"These substantial essays are clear and scholarly introductions to some of the main patristic and early medieval theologians. It is not possible to understand the theology of the Reformation or of the Puritan movement, or of evangelicalism more generally, without recognizing that these movements consciously built not only upon Scripture, but on a conciliar, patristic and early medieval foundation. At the Reformation this tradition was deliberately purified, not overthrown. The editor and the other contributors are to be congratulated on providing fine studies of those whose writings helped to form the orthodox Protestant identity."

"Protestant theology has sometimes been charged with dismissing tradition in favor of Scripture alone. More plausibly, it has been criticized for creating a time warp in which theological students are transported directly from Augustine to the sixteenth-century Reformers. This volume effectively challenges both of these assumptions by attending to a variety of key thinkers from the early centuries and the Middle Ages. Their significance for contemporary evangelical Christianity is here demonstrated in essays that offer clear, accessible and scholarly introductions to a student audience. In opening up important fields of historical theology, this collection will provide a valuable study guide." 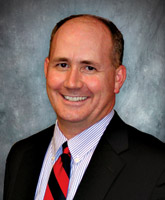 Bradley G. Green (PhD, Baylor University) is associate professor of Christian studies at Union University. He is the author of Covenant and Commandment, The Gospel and the Mind: Recovering and Shaping the Intellectual Life, and Colin Gunton and the Failure of Augustine as well as the editor of Shapers of Christian Orthodoxy.