What Does It Mean to Be Welcoming?

Is your church wrestling with LGBT questions? Pastor Travis Collins has walked congregations through the complex issues surrounding gay Christians. In this practical resource, readers will dig into Scripture with interpreters on both sides, hear from gay friends and family members about their experiences in the church, and consider the implications of their convictions for life and ministry.

What Does It Mean to Be Welcoming? is meant to be used with pastoral leadership teams and shared with your whole congregation. To help you equip your church members and leaders, we're offering a discount when you buy multiple copies, plus we've gathered some FREE downloadable resources to make it easy to begin this discussion in your church. 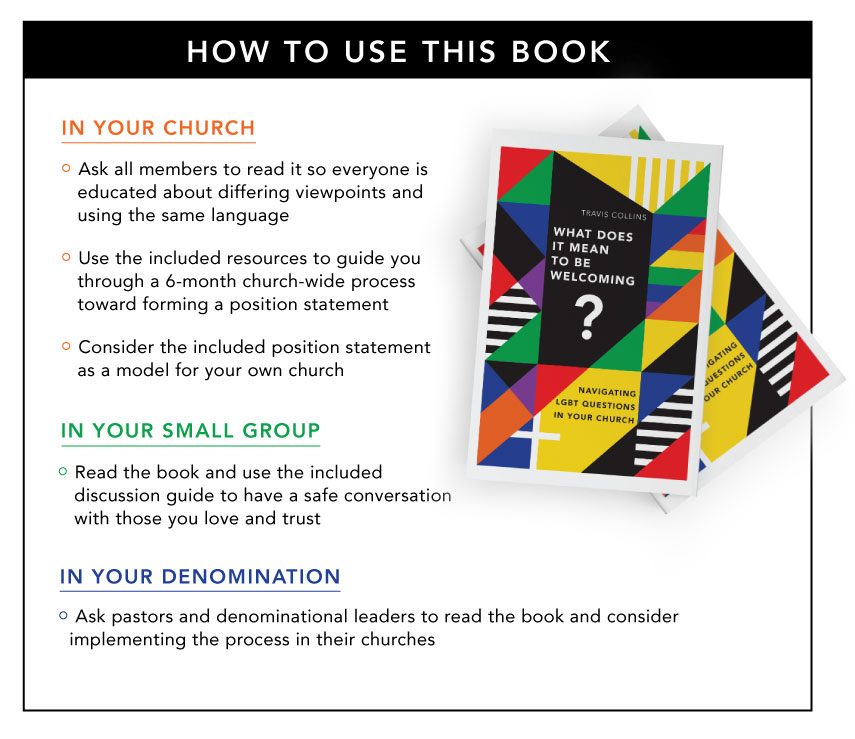 Buy for Your Whole Church and Save!

Simply add the item below to your cart, then enter promo code BULK4144 when you checkout to take advantage of the following offer: 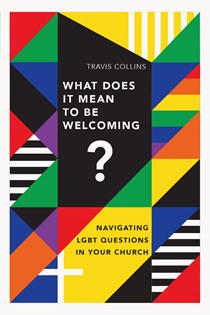 What Does It Mean to Be Welcoming?

Navigating LGBT Questions in Your Church

Frequently Asked Questions About the Book

Is a church-wide conversation really worth the risk of division?

A conversation on a potentially explosive topic like this is certainly risky, and every congregation should be aware of the danger. Yet, I sincerely believe most congregations will address the matter now proactively or down the road reactively. And a reactive response will have a name or names attached to it. It will be personal. It will be in response to a situation involving a beloved member of your church family. A proactive conversation is much less emotional and much less divisive than a reactive conversation.

Do you really expect that anyone is going to change his or her mind as the result of studying this topic?  Aren't minds already made up?

Well, polls show that Americans are changing their minds on the topic—most often (to my personal disappointment) away from the Traditional position. So, yes, minds can change.

I acknowledge, however, that within congregations lots of people have made up their minds and new information is not likely to change anything. As I say in the book, “While minds might not often change, hearts can. Relationships can be strengthened; assumptions can be corrected; labels can be dropped. I’ve seen that happen, and it is a beautiful thing.”

Should denominations do the hard work of staying together when they disagree on this topic, or should they, like Paul and Barnabas, simply go their separate ways?

Candidly, I am less hopeful than I used to be that denominations can survive this topic without significant fallout, even division. Many contend that energy and time spent on this topic is energy and time wasted. I hear more people suggesting that their denomination should acknowledge that their churches are experiencing irreconcilable differences. Perhaps the member churches should bless each other and get on with their roles in God’s mission to the world even if it means doing so in different denominations.

I’m not ready to give up on the possibility that networks of churches can work together despite their divide over sexuality. Optimism, however, is getting harder and harder to come by.

How much weight should input from Christians outside the United States carry in our consideration of this issue?

It is surprisingly arrogant of Westerners to ignore the insights of majority world Christians. Yet I’ve heard from Western Christians the notion that we have a maturity that others don’t. That egotism is regrettable. We have a lot to learn from Christians beyond our border.

Is abstinence a realistic suggestion for gay Christians?

I’m not terribly naïve. I know how difficult and rare abstinence is, regardless of one’s sexual orientation. And I’ve seen the charges that to insist on abstinence is both cruel and rather primitive. Nevertheless, I believe the appropriate choice for Christ-followers who are gay is the same as for those who are straight and unmarried—abstinence. My understanding of the Bible allows me no other option.

If, in a church conversation about sexuality, the pastor takes the leadership role that you suggest, won’t the pastor’s position unduly influence the process?

If a congregation is clearly and overwhelmingly on one side or the other of this topic, then the pastor does not need to be out front. However, a congregation with diverse views needs and deserves to know where their pastor stands. And a congregation with varied positions is served well by a pastor who is able to speak fairly about both the Affirming and Traditional views and who will also articulate his or her stance.

To be sure the process is fair, the following must be true:

What People Are Saying 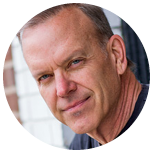 "Travis Collins offers not a diatribe, but a conversation. Pastoral in tone, careful in scholarship, he guides us through the maze that is the current divide over same-sex sexual relations in the church. We may differ in approach, but I greatly appreciate this clarifying work." 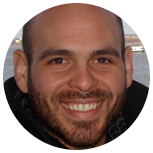 "At a time when many churches find themselves unprepared and ill-equipped to engage the questions of human sexuality that define our culture, this book is a most welcome resource! Written by a pastor for pastors, What Does It Mean to Be Welcoming? is a compelling guide for church leaders who are committed to navigating LGBT conversations in their communities with the sort of honesty and humility that ought to mark all Christian discourse." 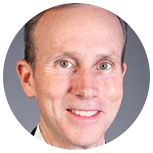 "If you are in search of a thoughtful, accessible, pastoral guide to help your congregation or even denomination conduct the fraught conversation regarding same-sex relationships, then allow me to commend to you this valuable volume." 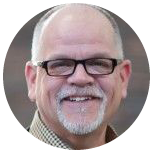 "An essential resource for churches that seek to be proactive, gracious, and redemptive in their approach to the many questions surrounding LGBT topics."