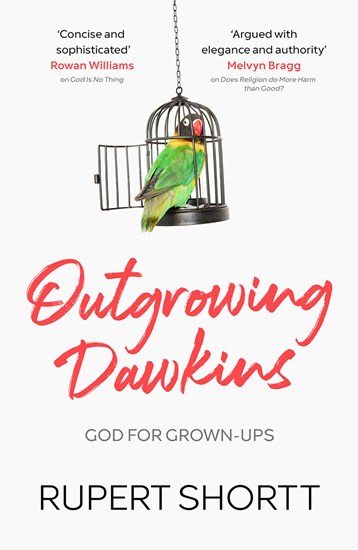 In his new book Outgrowing God, Richard Dawkins purports to demolish the claims of mainstream religion, starting with belief in a Creator. All of life’s big questions can apparently be answered by science.

But does he even understand what he rejects? Rupert Shortt’s answer in Outgrowing Dawkins is a resounding ‘No’. The high priest of New Atheism quite literally doesn’t know what he’s talking about, because the deity he rejects is a childish parody. From this flow many further muddles and straw man arguments. Shortt’s incisive rebuttal includes positive suggestions for advancing an often-sterile debate.