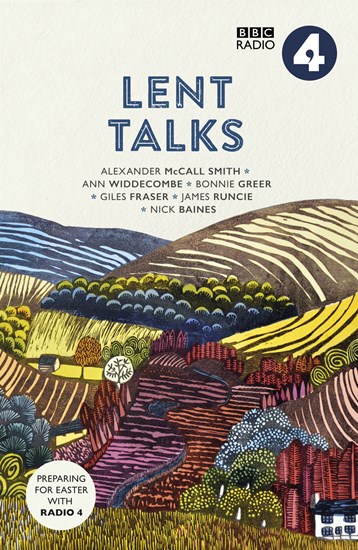 A selection of the best from BBC Radio 4's Lent Talks over the last ten years. With a dynamic introduction from BBC Head of Radio for Religion and Ethics, Christine Morgan, six well-known personalities invite readers to reflect on a range of thoughts and themes from a number of different perspectives. From writer James Runcie's reflection on the passion through the prism of mystery drama to Ann Widdecombe MP's exploration of the 'greater good', this blissfully brief and entertaining book will provide something for everyone in the busy lead up to Easter.

First broadcast as part of the BBC Lent Talks 2015, director, literary curator and writer of The Grantchester Mysteries, James Runcie looks at the passion through the prism of mystery drama.

A gem of BBC Lent Talks 2014 archive, this talk sees playwright, novelist and critic Bonnie Greer reflect on the power of names.

Taken from the 2008 Lent Talks series, former MP, TV personality and author Ann Widdecombe reflects on the examples set by Jesus in his decision to go to the cross.

First broadcast as part of the BBC Lent Talks 2010, Rev Dr Giles Fraser, Church of England priest, journalist and broadcaster, invites readers to reflect on the nature of sacrifice.

Taken from the Lent Talks 2013, author Alexander McCall Smith explores the sense of being abandoned as you grow older.

Marking the beginning of the Lent Talks 2012, author, broadcaster and Bishop of Leeds, Nick Baines reflects on the challenges of finding a new narrative for the individual and community.

The Art of Lent

Songs of the Spirit