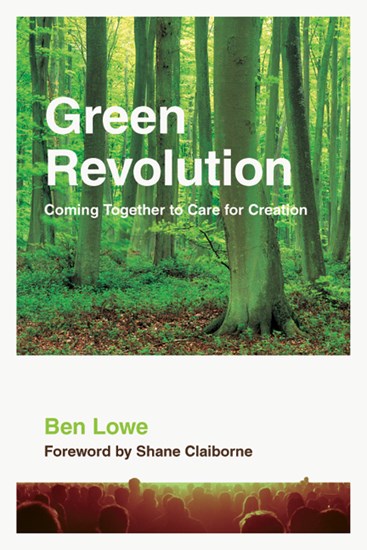 Coming Together to Care for Creation

Activist Ben Lowe calls the present generation to come together and care for the earth in a way that recent generations have not. Telling real-life stories of community organizing on college campuses across the nation, Lowe shows us that little things can make a big difference when we all work together. We now have an opportunity to show the world what it looks like when Christians care for the planet God gave us, so that future generations can live sustainably. This is our moment. This is our issue. Come join the green revolution.

"The Christian youth of America are making their mark in a Genesis- and Jesus-based commitment to creation conservation. Ben Lowe speaks for them and is out to add to their ranks. His witness and invitation seethe with hope and energy. Listen to him. Join him."

"I commend this book to all college students and concerned citizens of God's earth. Lowe gets it right! Biblical environmental stewardship is about the transformation of hearts and minds, and about incarnational living on earth. The book's case studies and stories illuminate and provide a useful framework to help Christians relearn what it means to love God, neighbor and creation."

"Ben Lowe makes a compelling case for the role of colleges and universities in preparing tomorrow's creation care servant leaders. This book is must-reading for those faculty, students and institutional leaders who will be called to teach and model new ways of thinking and living if we are to heal our planet."

"Ben Lowe has done us all a favor: he has assembled some of the most notable teachers in the world to mentor us on the greatest of coming revolutions. This planet is our great gift from God, but it is also our sobering responsibility to renew for the poor and the coming generations. In these pages you will find the intellectual and practical path forward. This book will develop your strategy and your faith."

"Green Revolution is more than a great book. It's a powerfully convincing invitation to join a fresh movement of God. Thanks, Ben Lowe, for your faithful creation witness!"

"Ben Lowe has been an outstanding pioneer of practical caring for creation. His generation is probably the one that most urgently needs to understand and live by the passionate convictions that he has expressed so eloquently in these pages. If they do we may enter a season of hope. If they don't, we are probably, most literally, cooked."

"A new generation of younger evangelicals is leading the way in showing us how to be mindful of our stewardship for the world in which we live, not as a substitute for biblical faith but as a faithful expression of it. Ben Lowe's book helps us do just that. I recommend it to all Christians everywhere."

"Ben Lowe writes with a fresh voice about an issue that affects each of us deeply. Pick up this book and join the green revolution today!"

Will Samson, coauthor of Justice in the Burbs

"Ben writes with a refreshingly youthful and transparent style that is at times penetrating and disturbing, and at other times light and casual. The book is a good read for the Metro--it doesn't require reading in a single setting!"

"This is the book we need. No set of challenges calls more directly to people of faith than these environmental cataclysms--the de-creation we are now engaged in. Here's strong evidence of both the good thinking and great energy needed to set things right."

Bill McKibben, author of Deep Economy and The End of Nature

"I am grateful for Ben Lowe's book. Green Revolution is an invitation, not just to believe that another world is possible, but to begin enacting it now."

from the foreword by Shane Claiborne, author of The Irresistible Revolution, Jesus for President and Becoming the Answer to Our Prayers

"Ben Lowe offers a practical (and Biblical!) how-to guide for weaving creation care into your church or campus ministry. It is full of tangible examples and real-life stories about how to catalyze the next generation's interest in nurturing the environment."

"Green Revolution is a book with a vision of a better world realized not with great wealth, ambition, or resources, but with the possibilities, potential and power of empathy, compassion, and faith in action."

"Lowe has written a book that provides motivation and resources for those who want to get involved in environmental stewardship."

"Lowe uses Scripture to make a compelling case that God's mission to restore shalom extends to the natural world, and that is is our privelge and responsibility to participate in that mission."

"Lowe's voice is original and worth hearing. Green Revolution is part ecological, theological, and political primer, part road warrior for the planet memoir, and part how-to book. Although likely to resonate best with teens and twenty-somethings, there is something here for people of every age. Pastors especially would benefit from reading this fresh, transparent, and evangelically orthodox account written by a member of the generation that is often not sitting in their pews. Ben Lowe offers a holisitic vision for creation care, one that does not place this task above other aspects of the Gospel, but rightly includes it in the work of bringing God's shalom to all the earth."

"I have thoroughly enjoyed this little book. In fact I think that it is a great book for all Christians who are interested in creation care to read. I found Green Revolution to be a well researched and informative book."

"This is a book that's been needed for a LONG time! This book is inspirational, informative, and even occasionally witty in its call to action. Every Christian college student (and those who aren't in college as well!) should read this book, then go outside and DO something about the environment."

"Some readers may not be interested in reading a book on the environment. These readers are in luck. Lowe's book isn't just an environmental work because Lowe extensively explores the larger kingdom issues inseparably connected to environmental problems. Green Revolution is more than a great book. It's a powerfully convincing invitation to join a fresh movement of God."

Foreword by Shane Claiborne
Introduction: Why a Revolution?

Epilogue: A Generation of Hope

The Care of Creation 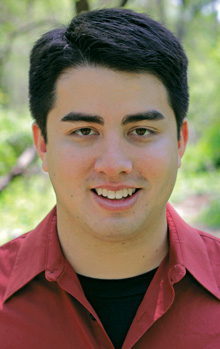 Ben Lowe is a dedicated activist and organizer who serves on the leadership boards of numerous nonprofit organizations dedicated to environmental issues including Young Evangelicals for Climate Action, which he cofounded. The author of Green Revolution, he was raised as a missionary kid in Southeast Asia and now lives as part of an intentional community in a refugee and immigrant neighborhood outside Chicago, Illinois, where he ran for US Congress in 2010.