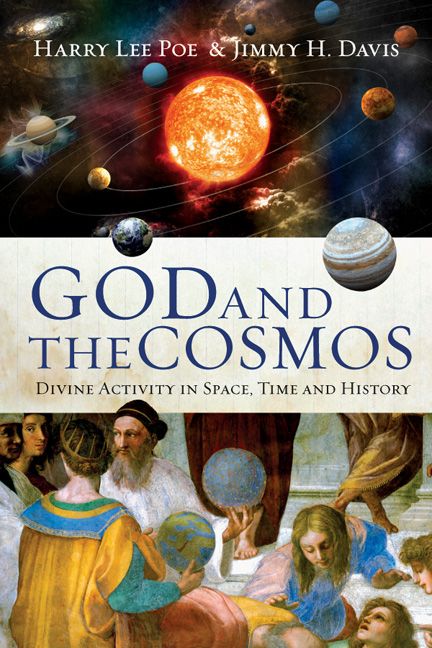 God and the Cosmos

Theologian Harry Lee Poe and chemist Jimmy H. Davis argue that God?s interaction with our world is a possibility affirmed equally by the Bible and the contemporary scientific record.

In Part One, the authors conduct a comparative study of the Christian model with other religious and philosophical depictions to show that the biblical God interacts with the physical universe in a truly novel way.

Part Two turns to scientific research to identify many ways that the universe, including human history itself, is constituted to allow for divine interaction with it. Rather than confirming that the cosmos is closed to the actions of the divine, advancing scientific knowledge seems to indicate that the nature of the universe is actually open to the unique type of divine activity portrayed in the Bible.

"Poe and Davis masterfully explain the necessity of God for a cohesive understanding of religion, science and history. They demonstrate persuasively that we do not live in a pointless universe without beginning or end. Rather, we see a growing richness and complexity that is consonant with God's progressive revelation through the Bible. God and the Cosmos presents this argument in a diverse panorama that includes Eastern religions, the Protestant Reformation and the latest discoveries of modern physics."

"This book will be of interest to anyone who has ever wondered how the Christian God, a nonphysical being, can interact with the physical universe of matter and energy. In a wide-ranging, engaging and insightful study, Harry L. Poe and Jimmy H. Davis investigate what kind of a God and what kind of a world would allow, even encourage, such interaction without violation of the laws of nature. "The authors trace the development of complexity in the universe from the big bang to the emergence of self-conscious beings. They argue that fine-tuning in cosmology, quantum phenomena and chaotic systems in physics, epigenetics in biology, and the imaginative capabilities of the human person point to an open universe that invites interaction with cognitive agents, including God. Their valuable study is rooted in a healthy respect for mainstream science and a solid knowledge of the biblical text."

"In this broad-ranging discussion of how nature works, Poe and Davis explore the mystery of divine action in a nonmechanistic world, using easy-to-understand language to explain fundamental scientific concepts."

". . . the cumulative result of God and the Cosmos is refreshing in revealing an embrace of and engagement with mainstream science that is nevertheless uncompromising with regard to evangelical commitments and biblical fidelity. Poe and Davis are charting important pathways for the evangelical mind in the twenty-first century."

Illustrations
Acknowledgements
Introduction: Where Is God?

Part One: What Kind of God Interacts with the World?
1. Religious Views of God and Nature
2. Traditional Christianity
3. The Process Theology Option
4. Beyond the God of the Gaps

Part Two: What Kind of World Allows God to Interact?
5. Cosmology and the Emergence of Everything
6. God, Uncertainty and Openness
7. God and Life
8. God and History
9. Conclusion

Harry Lee Poe serves as Charles Colson Professor of Faith and Culture at Union University in Jackson, Tennessee. He has written several books and numerous articles on how the gospel intersects with culture including Christianity in the Academy, The Gospel and Its Meaning, Christian Witness in a Postmodern World, The Designer Universe, Science and Faith: An Evangelical Dialogue, and See No Evil: The Existence of Sin in an Age of Relativism. Poe also serves as president of the Edgar Allan Poe Museum of Richmond, Virginia.

Jimmy H. Davis (Ph.D., University of Illinois at Urbana-Champaign) is the vice president for the regional campuses and university professor of chemistry at Union University in Jackson, Tennessee. The author of two books and more than sixty articles, chapters and presentations, he lectures and presents at conferences in the United States and internationally. He received a grant from the John Templeton Foundation to develop a science and faith course as well as a grant from the Metanexus Institute to establish a local society for promoting the science-faith dialogue. He lives with his wife and son in Germantown, Tennessee.