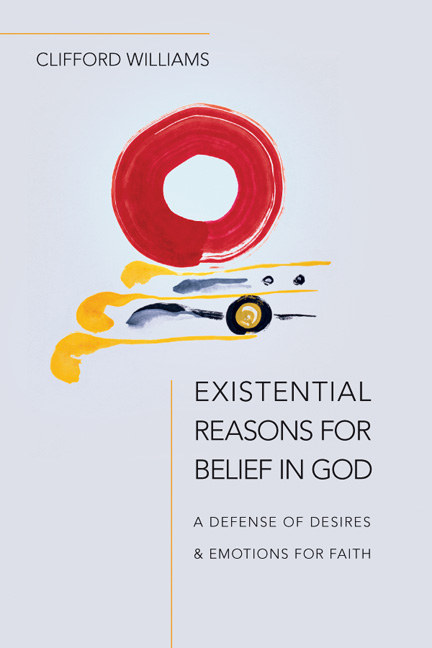 A Defense of Desires and Emotions for Faith

Lived faith involves more than doctrines, evidences and rational coherence. In this book philosopher Clifford Williams puts forth an argument as to why certain needs, desires and emotions have a legitimate place in drawing people into faith in God. Addressing the strongest objections to these types of reasons, he shows how the personal and experiential aspects of belief play an important part in coming to faith and in remaining a believing person.

These existential elements are neither irrelevant to belief nor do they undermine the legitimacy of a reasoned faith, as critics often charge--and Williams shows why. Here is a much needed complement to evidential approaches to apologetics.

"We humans--most of us, anyway, most of the time--are rational, truth-seeking agents. But equally we are emotional creatures with existential needs, and we seek to meet those needs. Traditional Christian apologetics focuses on the former characteristic, offering evidence to believe that the Christian faith is true. Clifford Williams calls our attention to a second approach, one aimed at the second characteristic. Echoing thinkers such as Pascal and Kierkegaard, Williams's 'existential argument' shows that Christian faith can be justified--we may properly believe--just because faith satisfies certain existential needs. Williams develops his argument in a philosophically rich way, augmented with examples showing how for many people faith is engendered and sustained by existential arguments. Deep insights abound as Williams considers and rejects common objections to existential arguments. In the end, Williams doesn't reject evidential arguments, but urges us to pay closer attention to our emotional needs and their role in faith formation. I highly recommend this significant addition to the apologetic literature."

"Clifford Williams's work is a powerful defense of the role that needs and emotions play in the formation and preservation of religious faith. Williams gives a powerful account of the way reason and emotion work together to produce a faith that is both rational and personal. Although the book is philosophically first-rate, it is written so clearly and powerfully that any thoughtful person can follow the argument. The inclusion of many personal stories gives the book added punch; Williams not only thinks about emotions but appeals to our emotions in an engaging manner."

"Williams breathes new life into the provocative view that human emotions play a central role in legitimate belief in God. Drawing from Kierkegaard and Unamuno, he dares to portray belief in God as something much more personally robust and engaging than a mere solution to an intellectual puzzle. The book will benefit all serious inquirers regarding belief in God."

"Clifford Williams has composed an engaging, profoundly personal account of the reasons for belief in the God of Christianity. This is decidedly not a detached or merely academic work but a book that speaks directly to the needs, emotions and best thinking of its readers."

"Williams writes for both a professional and lay audience. He bridges the gap nicely, using terminology that is accessible for nonexperts, and his use of stories to illustrate and explain complex topics is particularly effective. Those who are interested in the role of emotions and need in acquiring and sustaining faith will be helped by this book. As a middle way between common dichotomoies, his position is effective and faith-affirming."

"Practical and pastoral theologians should welcome the significance Professor Williams affirms in the confluence of human emotions and religious faith, both historically in sacred scriptures and in contemporary life experiences."

"I highly recommend Existential Reasons for Belief in God as a clear, well-presented and insightful work that could provide a framework for further helpful work in living the Christian life and being a Christian and a feminist."

4/5 Stars "This book--tightly argued, yet accessible to non-philosophers--will make you think. . . . In William's work, one finds echoes of 'postconservative' theologians, who remind us that Christianity is about transformation, not just information. But the genius of this book is that it doesn't swing the pendulum too far. Or perhaps more appopriately, Williams shows that reason and emotion are not opposing poles on a single continuum at all; each has its place in the cultivation, strengthening, and defense of Christian belief. For those of us who need a faith at once meaningful and reasonable, that is good news."

"Williams makes an intriguing effort to side-step the sheerly rationalistic claims of today's atheists through emotion; his book will provide interesting talking points for thoughtful seekers across many traditions."

The Myth of Certainty 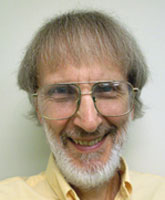 Clifford Williams (Ph.D., Indiana University) teaches philosophy at Trinity College (T.I.U.) in Deerfield, Illinois. He is the author of a number of books, including Singleness of Heart: Restoring the Divided Soul, Free Will and Determinism: A Dialogue, The Divided Soul: A Kierkegaardian Exploration, The Wisdom of Kierkegaard: A Collection of Quotations on Faith and Life, and The Life of the Mind: A Christian Perspective.