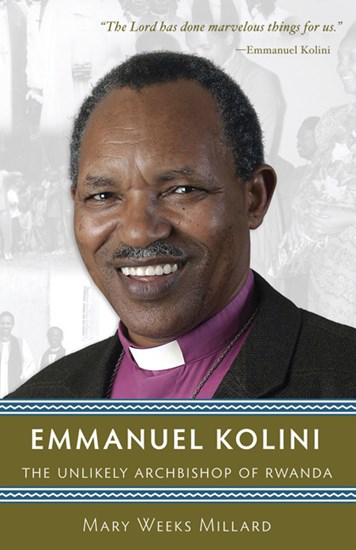 The Unlikely Archbishop of Rwanda

Turbulent times of wars, oppression and adverse living conditions can break a man or forge him into a leader who inspires us. Such a man is Emmanuel Kolini, Archbishop of Rwanda and one of the leaders in the global Anglican Communion.

He was born in a part of Africa that has had a long and troubling history of racial hatred and bloodshed. The author gives us a background and context for this hatred as she tells Kolini's story. Along with others of the persecuted Tutsi people, Kolini's family had to flee to refugee camps in Uganda and while there, he committed his life to God. Educated through Anglican colleges, he was ordained and moved with his wife, Freda, to his first parish, a refugee camp in a forsaken part of Uganda.

His leadership qualities shone and he was given more responsibilities in the Anglican community. But with leadership came challenges and none greater than when he was asked to become a bishop in Rwanda in the crucial days following the genocide in which more than a million people were slaughtered in just one hundred days. Bringing together a church in shambles in the aftermath of such a horrific event was no small task. There had to be reconciliation of people who had hated and killed each other for years.

Even though he was facing the challenges of the shattered church in Rwanda, he heeded the call for help from Anglican churches in North America. The West did not intervene in the Rwandan genocide; he would not do the same by withholding help for the spiritually devastated American congregations, so along with Archbishop Tay, he formalized the Anglican Mission in the Americas as a missionary extension of the Anglican Church. 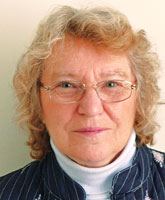 Mary Weeks Millard was a nurse and midwife when she met her first husband in Uganda. Together they served in the Congo as missionaries and returned to their home country of England later in life. After being widowed, Mary became a volunteer short-term missionary in Uganda and Rwanda. She writes poetry, magazine articles, and children's stories. She is married to Malcolm and has three children and five grandchildren.