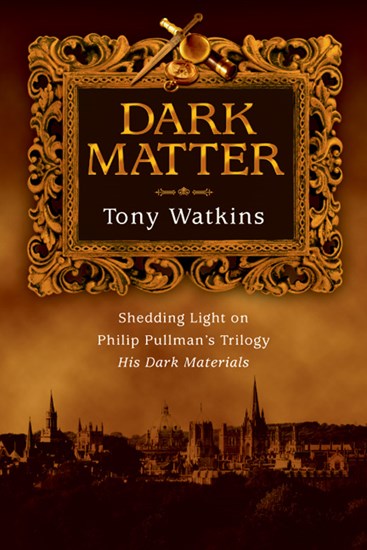 "My books are about killing God."

So declares Philip Pullman, the award-winning author of the bestselling His Dark Materials trilogy of fantasy novels: The Golden Compass, The Subtle Knife and The Amber Spyglass. Appealing to millions of children and adults alike, Pullman's books create a universe in which the church is the enemy and God is the master villain.

Cultural analyst Tony Watkins offers an even-handed and appreciative critique of Philip Pullman's books, exploring their religious and scientific underpinnings and highlighting their cultural and spiritual significance. Interacting deeply with Pullman's published writings and providing exclusive interview material, Watkins sheds light and insight on the worldview of one of today's most influential fantasy novelists.

Whether you are a long-time devotee or are discovering Pullman for the first time, Dark Matter is enlightening reading for fans, educators and parents alike.

"Dark Matter by Tony Watkins is the first to really go in depth into the more controversial issues raised by His Dark Materials. He looks at the series from the perspective of a Christian who deeply enjoyed His Dark Materials, and is willing to tackle some of the questions that Pullman raises. . . . Watkins has provided some excellent analysis that will be insightful to new readers and longtime fans alike. There are extensive footnotes throughout the text that are useful in following up on some of the information and quotes he uses, as well as an appendix on the science in the trilogy. . . . [Watkins] is successful in portraying both his enjoyment of the story as a whole and his respectful disagreement on a few issues which are all handled tactfully."

"This is indeed a thinking fan's guide! Tony Watkins delves sympathetically and seriously into Pullman's fiction. He provides a readable and fun way into the theological and philosophical questions, while showing integrity toward the stories themselves."

David Wilkinson, author of The Power of the Force: The Spirituality of the Star Wars Films

Dark Matter by Tony Watkins is a fascinating book looking into the life and writings of author Philip Pullman, specifically his work His Dark Materials. I found the book to be quite thought provoking as both Pullman and Watkins make good arguments and statements about their beliefs. Watkins beautifully balances his praise and criticism of Pullman so as not to turn off his readers. I would recommend this book to anyone who has read His Dark Materials and enjoys thinking.

Watkins has written a powerful analysis of the His Dark Materials trilogy, with insights into the author?s personal life. Watkins examines the individual works (The Golden Compass, The Subtle Knife and The Amber Spyglass; various publishers and editions) from both scientific and religious perspectives. Watkins? research supports each section as he analyzes each of the three books.

[In] the third section . . . Readers will find what theya re really looking for: a critical evaluation of major themes and story dimensions such as daemons, sin and the infamous "death of God"--an assessment that is smart and wisely restrained. Watkins's critical appreciation of Pullman's trilogy will surely appeal to a Christian audience, but will reach well beyond this market to a general readership looking for a solid, substantially sourced, and well-written analysis of this beloved work of literature.

Part One: The Storyteller
1. The Once Upon a Time Business
2. Philip Pullman: Places and People
3. Storytelling and Other Stories
4. His Raw Materials

Part Three: Shedding Light on Dark Matter
9. Daemons and Growing Up
10. Dust, Sin and the Fall
11. Consciousness, Wisdom and the Second Fall
12. Truth, Integrity and the Alethiometer
13. The Magisterium and the Authority
14. The Republic of Heaven
15. Once Upon a Time Lasts Forever

Appendix: The Science of His Dark Materials
Notes
Bibliography
Index

A Field Guide to Narnia

A Parent's Guide to Harry Potter 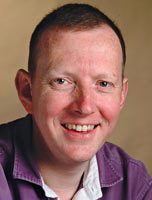 Tony Watkins is a speaker, trainer, and workshop leader for the Damaris Trust, an organization that helps people relate contemporary culture and Christian faith. He serves as managing editor for Damaris's CultureWatch website and frequently reviews and writes about film, music, books, and other media. He is based in Southampton, England.