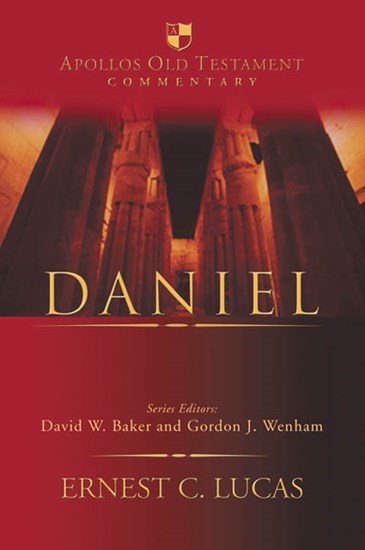 In many ways, the Old Testament book of Daniel is an enigma.

It consists of two different kinds of material: stories about Judean exiles working in the court of pagan kings (chapters 1-6) and accounts of visions experienced by one of these exiles (chapters 7-12). It is written in two languages, Hebrew and Aramaic, and the language division does not match the subject division. Whether the book's affinities lie more with the Hebrew prophets or with later Jewish apocalypses is debated, as are its affinities with the wisdom traditions of both Israel and Babylon.

Refreshingly, Enest Lucas postpones much of the discussion of such issues to an Epilogue, and invites the reader to an investigation of the meaning of the text in the form in which we now have it. He identifies the central theme of the book as the sovereignty of the God of Israel.

With even-handedness and clarity, Lucas demonstrates that, for preachers and teachers, there is much in Daniel that is fairly readily understandable and applicable, and that there are also theological depths that are rewarding for those willing to plumb them and wrestle with the issues they raise.

Introduction
1. Texts and Versions
1.1. The Hebrew and Aramaic Text
1.2. The Greek Versions
1.3. Other Versions
1.4. Text-Critical Guidelines
2. Translation
3. Interpreting Daniel 1--6
3.1. Types of Literature and Interpretation
3.2. Understanding Stories
3.3. Learning from Stories
4. Interpreting Daniel's Visions
4.1. Visions and Dreams
4.2. Daniel 7--8 and Symbolic Visions
4.3. The Form of Daniel 9; 10--12
5. The Historical Context of the Book of Daniel
Dates Relevant to Understanding the Book of Daniel

Appendix: The Additions to Daniel
1. The Prayer of Azariah and The Song of the Three Young Men
2. Bel and the Serpent
3. Susanna

Index of References to Scripture and Related Literature

With the Clouds of Heaven

Lucas is vice-principal and tutor in biblical studies at Bristol Baptist College in England. He is the author of a number of scholarly articles on the book of Daniel and, at the popular level, Can We Believe Genesis Today?