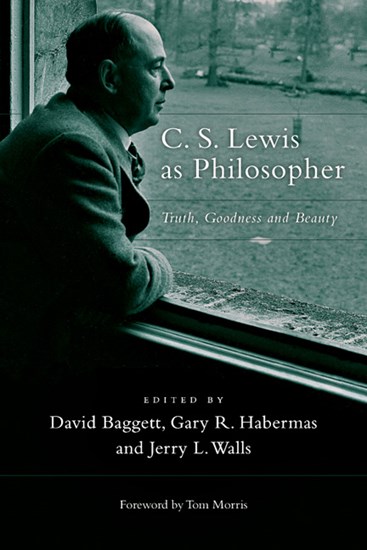 What did C. S. Lewis think about truth, goodness and beauty?

Fifteen essays explore three major philosophical themes from the writings of Lewis--Truth, Goodness and Beauty. This volume provides a comprehensive overview of Lewis's philosophical thinking on arguments for Christianity, the character of God, theodicy, moral goodness, heaven and hell, a theory of literature and the place of the imagination.

"Lovers of C. S. Lewis will both enjoy and benefit from this collection."

"Lewis's philosophical significance has been neglected too long, and this book goes a long way to addressing that neglect. This belongs in every college library."

"Taken as a whole, this collection succeeds in fleshing out the place Lewis occupies in the development of Christian philosophical thought during the 20th century. The essay by Jean Bethke Elshtain, explicating The Abolition of Man, is so powerfully written and exquisitely reasoned as to make it alone worth the cost of the entire book."

"I was at first intimidated by this academic collection, but as I continued reading, my understanding and appreciation of Lewis grew. Because of this book, I will enjoy reading Lewis's works with a new vision."

"A number of essays in this intersting collection bring out the unity in Lewis' thinking. The essays in this collection cast plenty of light on the thinking of the man who was probably the greatest Christian apologist of the twentieth century."

"Provides impressive evidfence that Lewis' philosophical legacy is a substantial one, with lasting significance. The book will be of particular interest to philosophers, philosophy students, and C. S. Lewis readers."

"This brilliant collection of essays will appeal especially to those who are avid readers of Lewis's books and essays."

3. Defending the Dangerous Idea: An Update on Lewis's Argument from Reason
Victor Reppert

9. "Belief" in the Writings of C. S. Lewis
David Rozema

10. To Reign in Hell or to Serve in Heaven: C. S. Lewis on the Problem of Hell and Enjoyment of the Good
Matthew Lee

11. Lewis and the Necessity of Gratuitous Evil
Michael Peterson

15. Lewis and Tolkien on the Power of the Imagination
Gregory Bassham